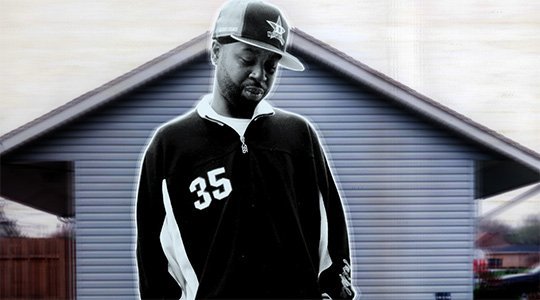 Right on cue, Pete Rock steps into the glare of the spotlight and is washed in all its brightness. His sunglasses shielding his eyes from the severe stage lighting, he looks straight ahead, staring pensively into the distance. While, at first, his silence seems awkward and interminable, it grows to take on a certain significance, resonating quietly with all in attendance. Scanning his surroundings, he searches for the right words, his diffidence beginning to resemble something thoughtful and deliberate. Like an actor weighing up the delivery of his next line, he paces himself for dramatic effect, steadying his gaze and straightening his back to look even taller. He takes a breath, and with perfect theatrical timing, finally says, “J Dilla was a master.”

As the Soul Brother quietly makes his exit, sidling off stage with the first ever Dilla Imhotep Award in hand, the tributes to Jay Dee continue in earnest; artist after artist queuing up to laud the legendary Detroit producer. Like clockwork, each rapper listed on the night’s starry line-up takes to the microphone with lyrical intent, showing off prodigious rhyme skills to weave wonderful tales of friendship and music-making; each MC waxing poetic about their dear muse and friend.

Like workers in a nostalgia factory, the famous headliners keep the memories coming; transforming the stage into a conveyor belt of misty-eyed stories, laughter-filled tales, and quaint anecdotes capturing the brilliance of an icon. With bittersweet efficiency, they spend the night dropping jewels over classic beats and saluting a true great.

Their sets – like their doting – sitting somewhere between long and impassioned, and short-and-sweet; there is a precision to their praise – a timeliness that would impress a Swiss watchmaker; no song or admiring word mistimed or out of place. Everything is primed and staged to perfection. A little unlike this article: a late shout out to Dilla.

His best beats nothing short of a kind of confection, being so sweet-sounding and delectable they could rot teeth, J Dilla made the kind of music – the kind of addictive, irresistible ear candy – that could leave you hyped and eager with excitement; his listening sessions as dizzying and delightful as an intense sugar rush.

Be it with classics like Love, One Won’t Do, or Two Can Win, the man made music to edify; the quality of his productions, the sheer beauty and brilliance of his compositions, making better artists of his collaborators and better people of his fans. He inspired all around him, improving the musical vocabulary and literacy of everyone he came in touch with. Over the course of a profoundly influential career, he helped to shape the art and artistry of so many peers, spurring Common’s rare form, making Black Thought’s rhymes all the more thoughtful, and imbuing songbirds like Janet Jackson, D’Angelo and Erykah Badu with even more rhythm, blues and soul.

Dilla made such an indelible impact on modern music, his influence on the myriad acts he teamed up with often extended beyond the professional. Not only did he improve the musicianship of the people he worked with, he also struck a chord as a composer with a gift for inspiring musicians to be themselves – in and out the studio – his greatest records always seeming to guide artists on intimate journeys of self-exploration; always seeming to touch on and amplify the moods, depth and emotional beats rumbling within. Like a stethoscope to the heart.

Despite passing away over ten years ago, Jay Dee has accomplished more posthumously than most living artists at the peak of the careers. He has released albums, supported more than a few famous names to critical acclaim, garnered rave reviews and roused award-winning veterans to step up their game. In an interesting, roundabout way, he has also instilled a certain level of discipline in his many admirers and collaborators, improving their tardiness by encouraging a punctuality and promptness that would warm the fastidious heart of a good timekeeper. Dilla has inspired so much love for his music that – always on time, always on schedule – whenever there is a tribute to be held, a show to be staged or a party to be thrown in celebration of his life and career, his friends, fans and family are always there – ever dependable and right on cue, like Pete Rock with his Imhotep Award – to pour out a little liquor in his honour.

Doing just that, every year, come early February, the world gathers round the bright and personable Ma Dukes – the same way happy campers huddle round a brilliant bonfire – to trade stories and celebrate the life and rhymes of her eldest son. Born James Dewitt Yancey, Jay Dee remains one of rap’s finest craftsmen – a conjurer of spellbinding beats and compositions. A decade after he passed away, Dilla’s records are still beguiling to the ear, still casting spells; his wizardry leaving fans in awe, his magic astounding fellow artists.

Naturally, Dilla 2016 proved to be nothing less than a rip-roaring success. As though moved by all the funk and soul of the night, the mouth-watering smell of good food and delicious barbecue hung high, dancing in the air like b-boys. There, in spirit, Jay Dee was in full effect. “Long live J Dilla,” Rhapsody said, her voice at once elegiac and happy; full of love. “The one and only,” 9th Wonder called him, his eyes welling up with an admiring brightness. “The greatest,” Jay Electronica affirmed.

“Holding forth with all the seriousness and candour of officiants delivering eulogies at a wake, their words poured down from the stage like libations. Adoring and earnest, they spoke to the legend and legacy of the man, touching on his greatness the same way his music touched so many hearts – with great poetry, feeling and soul.”

Holding forth with all the seriousness and candour of officiants delivering eulogies at a wake, their words pour down from the stage like libations. Adoring and earnest, they speak to the legend and legacy of the man, touching on his greatness the same way his music touched so many hearts – with great poetry, feeling and soul.

For the past month, fanboys and girls – famous and otherwise – have been channelling the spirit and ardour of Jay Elec, Rhapsody and 9th Wonder’s words; doffing their hats to Dilla and all he stood for. From Facebook posts to Twitter feeds; message boards to subreddits, the Dilla dedications have been heartfelt and effusive. Moved by the anniversary of his passing, FlyLo finally released his hour-long J Dilla mix, raising a glass to his hero; while Karriem Riggins and J Rocc tore up the Stones Throw house with a memorable Dilla medley. Illa J has, of course, been busy flying the flag for his brother, and Ma Dukes hard at work cheerleading for Team Jay Dee. Not to be outdone, the blogosphere and a handful of magazines have been shouting Dilla out too; inking, uploading and publishing touching tributes to the man.

As a Dilla fan it is impossible not to be delighted with all the love and attention being thrown his way; offerings from the likes of Flying Lotus providing delicious feasts of Dilla goodness to tuck into. February being the month of romance and valentines, there is no more appropriate or fitting time for Jay Dee Stans to express their affection for the Motor City great. The show of appreciation has been heartrending; lots of fun to take in and entertaining in itself. It has shone a bright and informative spotlight on the career of a true innovator, providing a timely reminder of what genius sounds like.

Like an old photo album or colourful scrapbook, eye-catching events like Dilla Weekend provide tender and affecting snapshots of a beloved artist’s artistry; etching a smile across the face and tugging at the heartstrings. They are so stirring and poignant they can leave you overwhelmed with emotion to the point of being stricken with inertia – your tongue too heavy with sadness and nostalgia for you to speak; your fingers too stiff and wistful to write. A Dilla Weekend, FlyLo mix or Stones Throw medley making for such a visceral, emotive experience, you’re almost compelled to maintain a respectful silence, soak in the feels and quietly acknowledge the dearly departed’s brilliance; to keep your distance and allow those closest to him the space to express their fondness for a sorely missed loved-one.

And then Runnin comes on – Dilla’s ingenious reworking of Stan Getz’s Saudade Vem Correndo for the classic Pharcyde track sounding like magic. As with De La’s Stakes Is High, Like Water for Chocolate’s Thelonius or The Light, and Black Star’s Little Brother; songs Runnin showcase Dilla’s alchemic prowess – his ability to turn any and everything into gold; his catalogue a treasure trove of classics and jewels. Spinning these Dilla gems, it is damn near impossible to refrain from offering an adoring word or two lionising the D’s favourite son, no matter how late or untimely.

It would be remiss of us not to acknowledge just how important J Dilla has been to hip-hop. To pay our respects and light a candle for the man. As Pete Rock declared on the last night of Dilla Weekend, Jay Dee was – and still is – a master. An icon and an inspiration. Gone but not forgotten, he remains as influential as ever, refining our ears as listeners, broadening our horizons, and instilling us with more imagination, greater ingenuity and, of course, an acute appreciation for good time-keeping.”