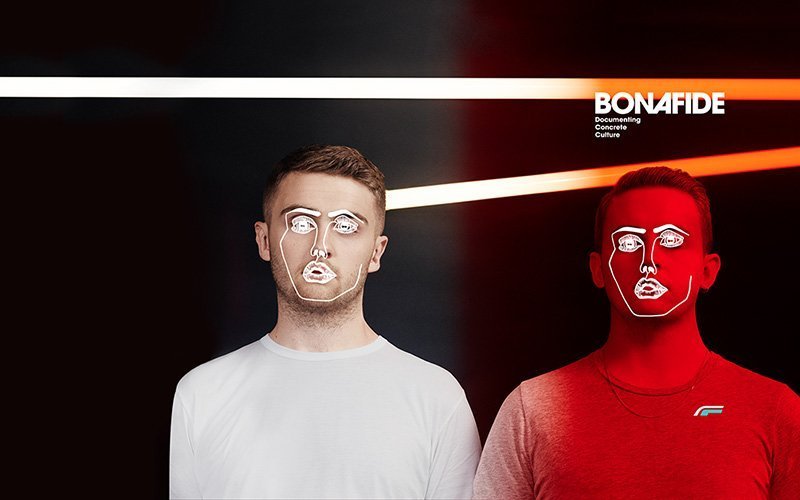 Bonafide spent some time in the studio with the chart topping brothers Disclosure, shortly before the release of their second album, Caracal.

Success: it’s a relative concept. For many artists it is simply the privilege of earning a living through music; for others it can be having an platinum selling debut album. Fortunately for Guy and Howard Lawrence, the brotherly duo better known as Disclosure, they’ve already done both. Now aged 24 and 21 respectively, it’s been a remarkable five years to date; one that has taken them from their bedroom studio in Surrey to a sold-out world tour, several top-10 releases and an ever-growing reputation as one of the most established acts of the current generation.

But it could be argued that their greatest challenge is still to come: longevity in this game is notoriously hard to attain, and the duo’s decisions and output from now will go a long way to determining the legacy that they leave in their wake. Having received an invite to their north London recording studio to discuss the release of their highly-anticipated follow-up album [Caracal; 2015], I took the opportunity to hear their aspirations, learn about their live set and the consequences of their newfound celebrity that history would depict to be a heavy burden to bear.

“Timing has been a big factor in our success,” says Guy, the older and more vocal of the two, before looking at Howard who smiles and nods his head in agreement. It’s a candid confession, but one that is unquestionably well-founded. Having seen the soundscapes of popular music drift from hip-hop and R&B to the indie music of the early-noughties, recent years have seen something of a house renaissance. While Disclosure’s prosperity has proven to be a well-documented catalyst in this sonic shift, the convergence of these two previously antagonistic genres has certainly facilitated their growth by providing a rich marketplace for their house-influenced output. Would Settle have found such widespread acclaim in the time when 50 Cent or Kings of Leon were topping the charts? “It’s a case of right place right time,” continues Guy. “We recognise that.”

However, to label their success story as one of fortune alone would do a grave disservice to both their song-writing skills and commitment to the cause. Both Howard and Guy are multi-talented musicians and their seemingly innate ability to conceive a catchy song by coupling interesting melodies with a selected vocalist has been evident since they first found international acclaim with Latch [2012]; a landmark release that peaked at number 11 in the UK before charting on U.S shores over one year later. Add to this their dedication and profound enjoyment for all things musical, and the reasons for their ascendance begin to reveal themselves.

“We definitely work hard – and I think some people sometimes miss that,” says Guy. “Our last live show was Bestival 2014 and we intended to stop there for a few months but we found ourselves sitting in our homes in London and we just wanted to make music. It’s been our jobs for a little while but before that we just did it for fun so it’s not very easy to just to stop doing it,” he continues. “I didn’t think we’d release a second album so quickly but we’re also determined to make the most of the fortunate situation that we’re in.”

Credit, inevitably, for Disclosure’s status today must also be given to the people that surround them. While the glitz and glamour that accompanies fame is obvious and well documented, it does not come without both temptation and sacrifice – especially for two teenage boys who stumbled across it at such early ages. “We love what we do but there is feeling that the grass is always greener on the other side,” confesses Howard. “You have to make a real effort [to stay in contact with friends] – even if it is just a message a week,” he adds. “That period where all my friends went to university was a very difficult time for me because I felt left behind for a couple of months,” reveals Guy. Though perhaps slightly naive, evidenced within our discussions is also a surprising maturity and humility, traits that reveal themselves as Howard and Guy reflect on the celebrity lifestyle that they “do not completely avoid but are careful not to embrace” says Howard.

“We never got into this for the fame; we just like making the tunes,” he continues. “Our parents and friends would slap us and tell us to shut up if we got big headed. I think it’s dangerous when you have the wrong people around you but we have a team of “no-men” instead of “yes-men” which ensures that we’re always grounded,” he adds before looking at Guy to elaborate. “Some people probably think we come across as boring but we’re not – we’re just totally laid back and don’t really give a fuck about that side of things.”

The conversation then moves on to their ambitions for the future. As it stands following the reception of Settle, a release that sold over 300,000 copies worldwide, Howard and Guy have already achieved more than they could ever have anticipated. As easy as it would be for them to feel satisfied with their status today, their vision as to how they wish to move forward is far larger and would appear to be both well defined and realistic.

“We don’t always choose the gigs that pay the most; we choose the ones with the best line-up because the question is not where we are now: it’s where we are going to be in two, three or even four years time”

“We want to leave a legacy,” explains Guy. “Our whole team is very conscious about longevity. We don’t always choose the gigs that pay the most; we choose the ones with the best line-up because the question is not where we are now: it’s where we are going to be in two, three or even four years time,” he continues. “It’s not all about getting bigger – we want to hold this for a long period of time, and then you’re up there with the likes of The Prodigy and The Chemical Brothers.” Central to this endeavor will be their live set and refining the sound that they wish to pursue.

The pair invest large amounts of money and time to ensure the highest quality of production in their live set and they hit the road towards the end of the year with an interactive show that pushes the boundaries even further than that which they toured following the release of Settle. “We actually lost money for the first few years of touring because we invested so much money into the live show,” reveals Guy. “But it is as important to what we’re trying to achieve as the quality of our songs.” The reason for this is simple: “A live show is much more entertaining because people enjoy watching,” explains Guy. “It engages the brain because you can see each sound and how it is being made,” he continues. “This set up is probably as far as you can take it. We’ll probably need to change it next time around.” With a legacy like that of The Chemical Brothers and Daft Punk in their sights, it would appear to be a valid pursuit.

The second strand of Howard and Guy’s mission into music folklore is their sound. Questions on this subject have surrounded them ever since they first earned the attention of the world’s music media. Are they deep house music in its contemporary format or pop musicians with an underground influence? For long periods the duo self-identified as the former but it’s hard to place any of their recent output anywhere near this category. While their earliest EPs, namely Offline Dexterity [Moshi Moshi Records; 2010] and Carnival [Transparent; 2010], were a beautiful brand of highly-sampled garage in the shape of Burial at his more accessible or Mount Kimbie, their discography reveals a steady trajectory towards more pop-orientated landscapes, beginning with The Face EP [Greco-Roman; 2012] and now with Caracal, a vocal-heavy release that see’s the pair experiment with new tempos and focus more on the song-writing. As a result, it is almost completely removed from a classic house or garage record. “The only way you could think Caracal was a house record is the production,” says Howard. “The song-writing is just normal song-writing; it can be played in any format – from guitars to piano. We just choose to produce it in an electronic way.”

Quizzed upon this sharp sonic progression, the duo attest that it’s been both a conscious and unconscious evolution. “It came with the decision work with vocalists – because management knew we would have some skills using vocalists and melodies,” explains Guy. “[With Caracal] We made the decision but only after we had written the first three tracks. We realised that they were around 100bpm and then we made the decision not to pursue house because that is where is we had naturally gone,” he continues. “We’re very selfish when it comes to music production; we’d still be making the same stuff that you hear today even if people hated it.” But as organic as this progression may be, it is difficult to fathom that it is not at least in part encouraged by a desire to maximise their appeal by venturing even further towards more commercially viable soundscapes. For a band who harbour such grand aspirations, who can really blame them?

In the short term at least, it would seem that the classically-written songs as evidenced on Caracal are a solid representation of the band’s direction. Gone are the dance-floor beats of When the Fire Starts to Burn and Bang That, replaced instead with the ranging tempos of Moving Mountains and Magnets. “I think we’ve only just found our Disclosure sound and we now want to do loads of stuff with it.” says Guy. “We will definitely continue to make club music but I don’t think we will ever do a whole record of what we used to do because we have already done it,” he adds. “It’s important to move forward.” Nonetheless, the reception of Caracal will go a long way to defining where the duo fit sonically because it is a swift move away from their previous works. It is, however, no secret that the vocal-laden productions of Settle were the most commercially successful tracks taken from that particular release, and so there is valid reason for optimism.

“It’s such a small gap to get in. We’re popular without making pop music. It’s one that we didn’t try to reach – we just did”

Seemingly unintentionally, Howard and Guy Lawrence have stumbled upon the almost-negligible but wonderfully rich vein that exists just between electronic and popular music. It is a space that didn’t exist more than five years ago, and may not exist for too much longer. “It’s such a small gap to get in. We’re popular without making pop music. It’s one that we didn’t try to reach – we just did,” reflects Guy. Despite the pair’s established presence in music scenes across the globe, nothing is assured in the dynamic world of music production – including even their longevity and the legacy that sits firmly within their sights. Will the markets change? Will they ever lose focus of their goals? Will they ever run out of ideas? If, however, anything is certain, it is that by focusing on the genre of their music we’re losing sight of the unique talents that they possess and the legacy that they’re slowly creating for themselves.

My question, therefore, is a simple one: does their genre really matter? 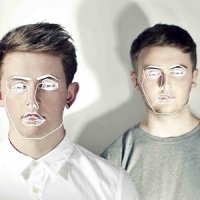 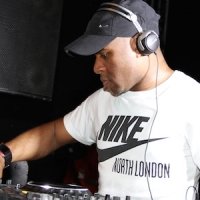 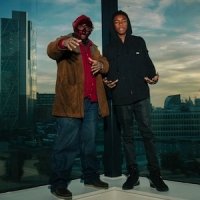