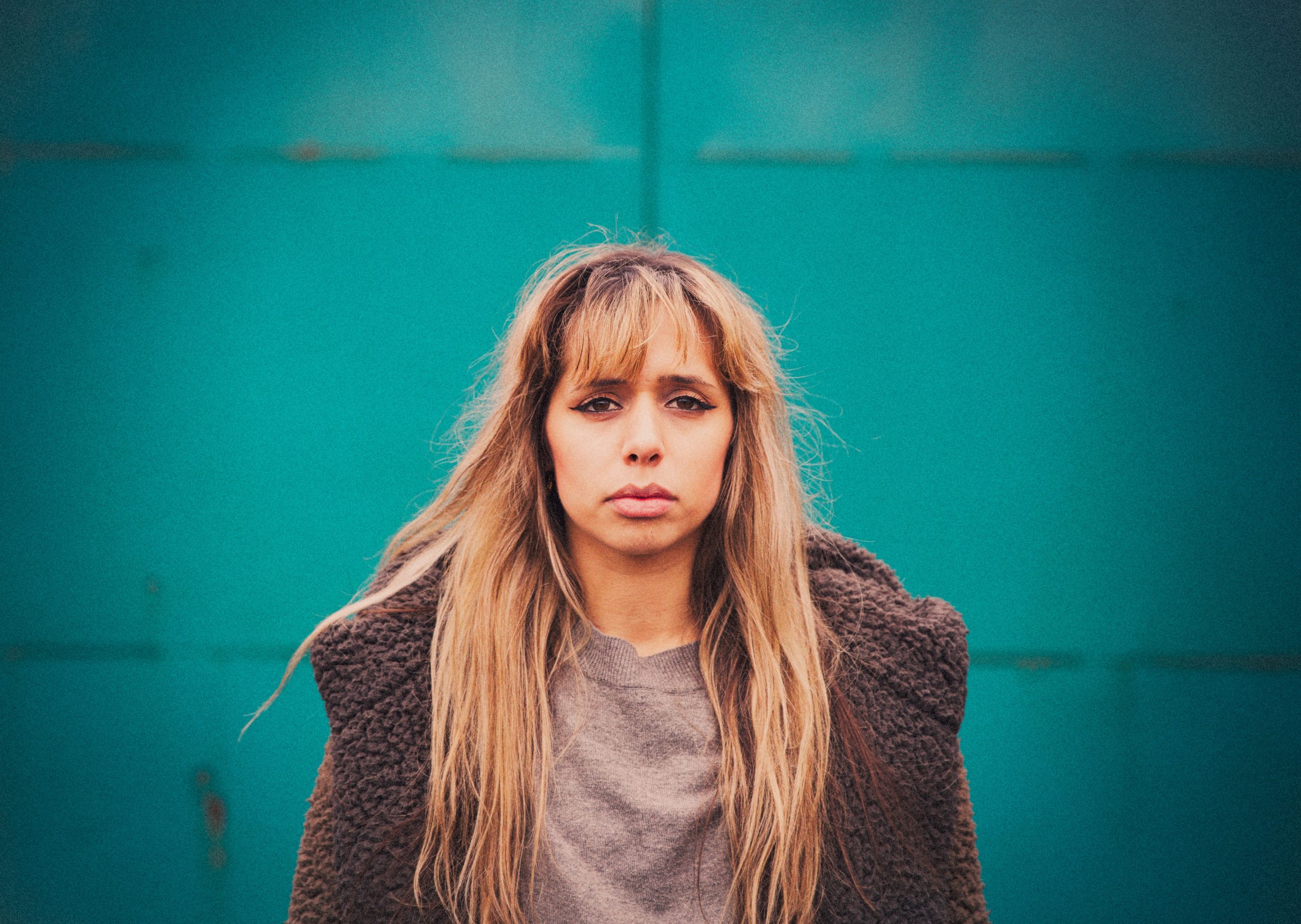 The third instalment of Brownswood’s Future Bubblers series has just dropped, and it’s the mightiest yet. With a remit focused on uncovering future talent originated by Gilles Peterson, recent graduates of the Future Bubblers mentor program include Yazmin Lacey and Skinny Pelembe.

This time around, jazz, soul and beats are represented by Mancunian Blind MIC, improv hip hop from NuTribe, smooth vocals from Shunaji and future sounds from Aaliyah Espirit, all showcasing their individual skills but unified under the Future Bubblers family flag.

Bonafide challenged three of the compilation’s rising stars to sit down and find out more about each other’s releases.

Kayla Painter: So Sydney, apart from the Zither what other instruments have you recorded for your track? It sounds so culturally rich but I can’t identify some of the sounds at all…

Sydney: Ahaha oh god, umm let me go back into the project and tell you. Percussion wise I recorded a lot of bells, hand drums, shakers, sounds associated with traditional Chinese music.

I recorded traditional percussion, lots of it! And then tonally, apart from the gu zheng, I’ve got an owl whistle known as a Xun which, in the recording, Kerensa laughs at so I’ve used that on the track for vocals. I’ve then got a few recordings of my Roland sh-2000 which seems to have such a Chinese feel about it, just a monophonic analogue synth (that’s the saw tooth bass at the end as well as some effects) and lastly just some sounds I’ve made in Ableton’s operator for effects.

Kayla: Sounds great! I really like the palette of sounds you’ve used. It brings a really unique feel to the track. Is Zither Rhythm similar to your tracks on Ode to eSwatini? Or would you say it’s quite a stand-alone track? 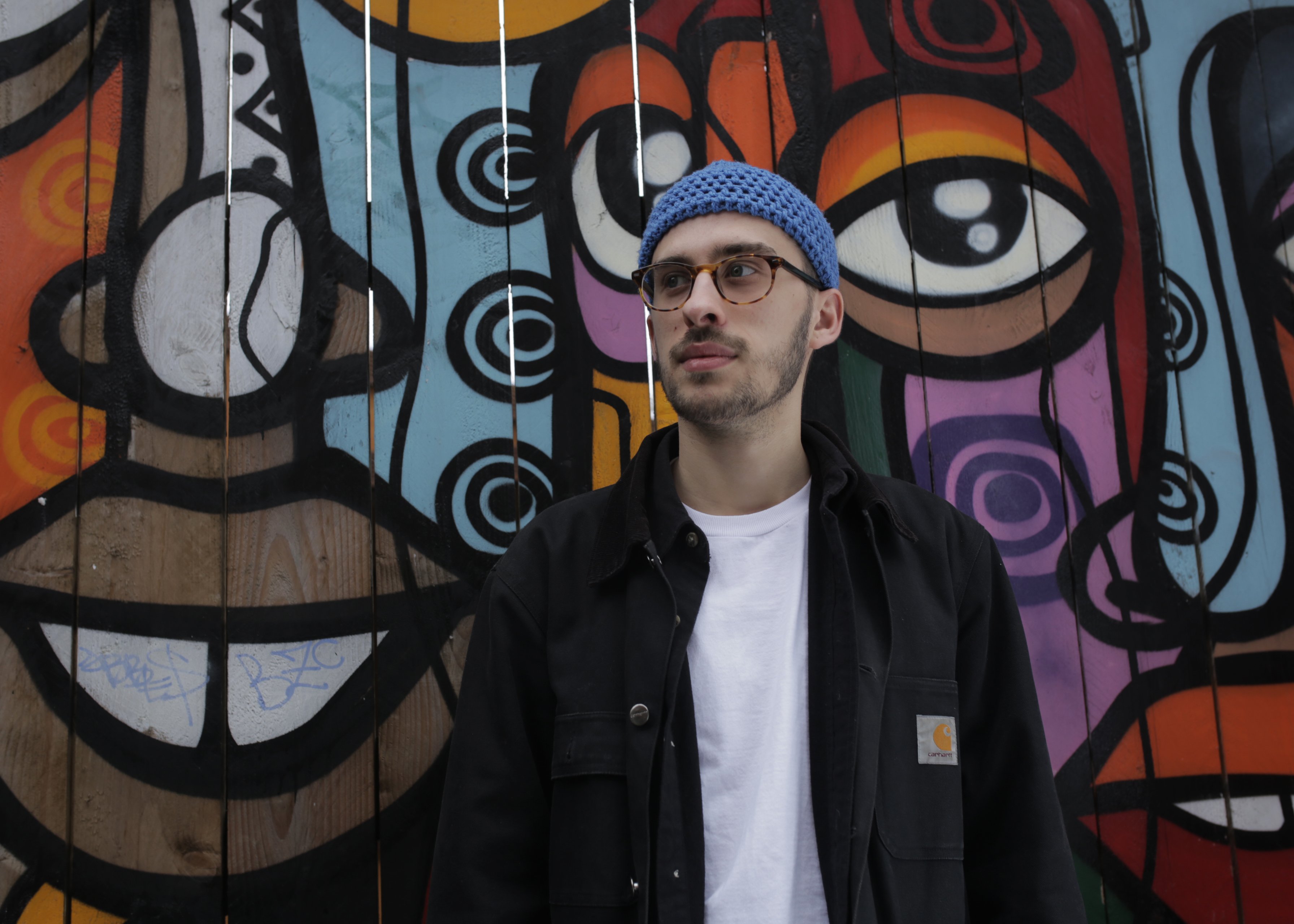 Sydney: Wicked, thank you! I’d say it’s a very stand-alone track from the album but does take from the same concept of searching for rhythms around the world and diving into something new for me.

Both Kayla and Ayy, what did you take from your inspirational artists and why? My short example is Al Dobson Jr‘s percussion because it’s loose but full of satisfying accidental grooves.

Ayy: Lyrics wise, my track was based on an Ab-Soul song. Beat-wise, I was listening to J.Cole‘s Middle Child so I wanted either some brass or strings so it sounded kinda royal/triumphant, if that makes sense…

Kayla: All the glimmering was inspired by Aphex Twin‘s track Flim but quite specifically a cover done by The Bad Plus. The drumming on the live cover really inspired me to write something that could facilitate this sort of intricate rhythm work. But I wanted it to be live, as much as I enjoy programming beats myself, I knew this had to have live drums so I called on my long-time collaborator Sian Monaghan, who is an incredible drummer!

Sydney: Kayla, have you recorded people on this track / played things in on the fly or is it primarily programmed in, it sounds so live and flows so naturally?

Kayla: This track is just me and the drummer, Sian. I wanted the track to flow naturally, to have a more emotive peak. So we recorded five live takes of the drums. I then worked in the studio with those takes. It was a challenge for me as I haven’t worked mixing live drums for a while. But, I thoroughly enjoyed it. And I think it gives the track a real quality I would never get from working with programmed drums.

Sydney, what draws you to represent a variety of instrumentation from other cultures in your music?

Sydney: I feel with a different palette of sounds you create different rhythms and also I want to learn as much as possible, not get comfortable using the same sounds so learning new traditional patterns and playing with new palettes, I’m educated a little bit more on a culture to add to the mixing pot of Sydney.

Kayla: That is such a good idea – to keep challenging yourself! 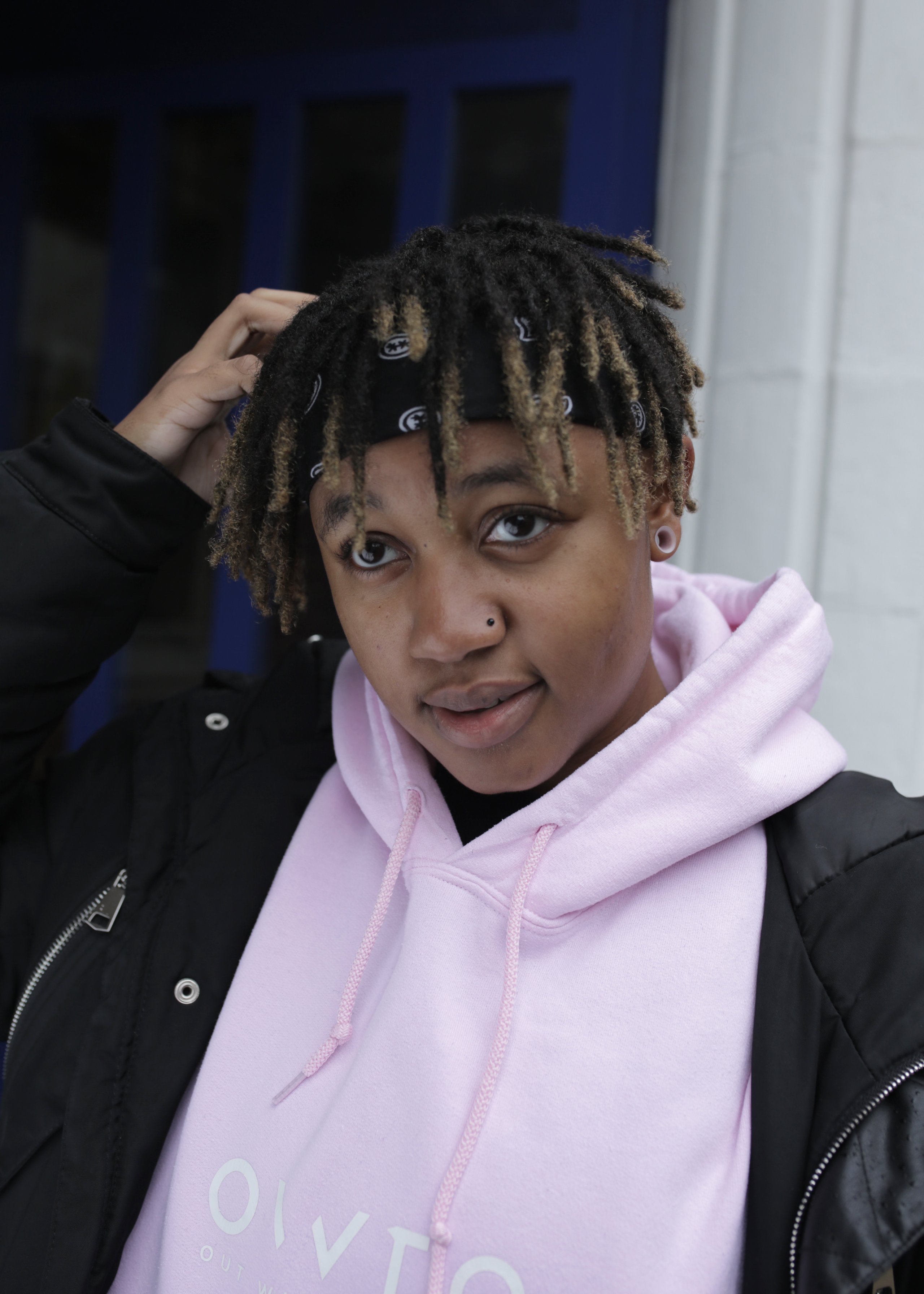 Question for Ayy, how do you write your lyrics? Does a certain rhyme come to you in bits and pieces or do you literally write the whole thing at once? Or what was the process of writing this particular track?

Ayy: Usually I write while making the beat, but I’d finished the beat before I started writing this. I think I started with the chorus ‘cos I wanted something simple and memorable like some advice, then I wrote the second verse because I really liked how the instruments changed.

Sydney: Did you produce the beat as well?

Ayy: I did yeah, then my boy came and added some seasonings!

Sydney: What do you want people to take from this track with the lyrics you’re projecting? Personally, I feel it’s a very inspiring and motivating track, heavy!

Ayy: Just that patience is key in anything.

Sydney and Kayla, how did you guys go about naming your songs? I figured it’s different when there are no lyrics.

Sydney: Good question… I went for an obvious one on this and named it after the family the instrument’s in that I recorded: Gu Zhung is part of the Zitha family and it’s a rhythm… I like to keep things relevant!

Kayla: I suppose I think about what I’m trying to communicate with a song. So there’s a certain feeling I wanted people to feel and that’s where the name comes from. I went through about eight different track titles before I landed on this one though!

Sydney: Kayla your track is really nice how the structure sounds, like it’s done on feeling not using a particular method.

Do you plan on translating this track to a live set up with the drummer?

Kayla: Thanks, I’m glad that comes across, I’ve always written more like a collage than a song structure which is especially clear with this one! 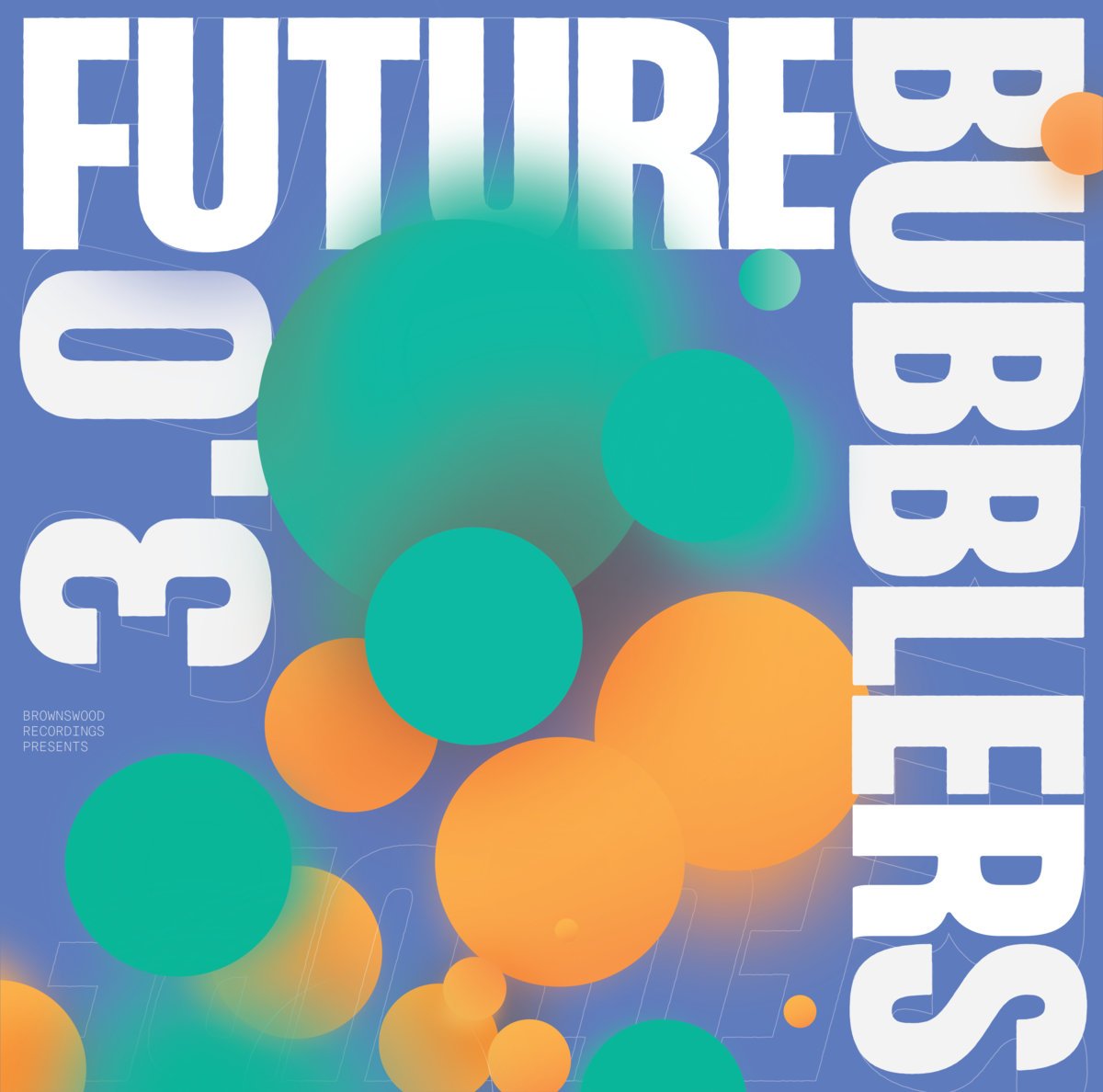 We’ve talked about it! Sian is really up for playing it live. We’ve also talked about playing shows live together generally (so other tracks as well). I mean, it would be amazing to play this and other tracks with Sian because the beats are such an important part of how my tracks are created and what people enjoy about them – and I know she would do them justice and bring them to life in an exciting way.

Ayy: I don’t even have any other questions, just both songs are fire and y’all asked everything I wanna know, I think.

Sydney: Bless Ayy, I gotta say feel honoured to be next to these two tracks on this article. Going to rinse these a lot. Both these track inspire me in completely different ways.

Kayla: Nice one both, I’ve enjoyed listening to your tracks more deeply for this! Can’t wait for release now!

Future Bubblers 3.0 is out now. 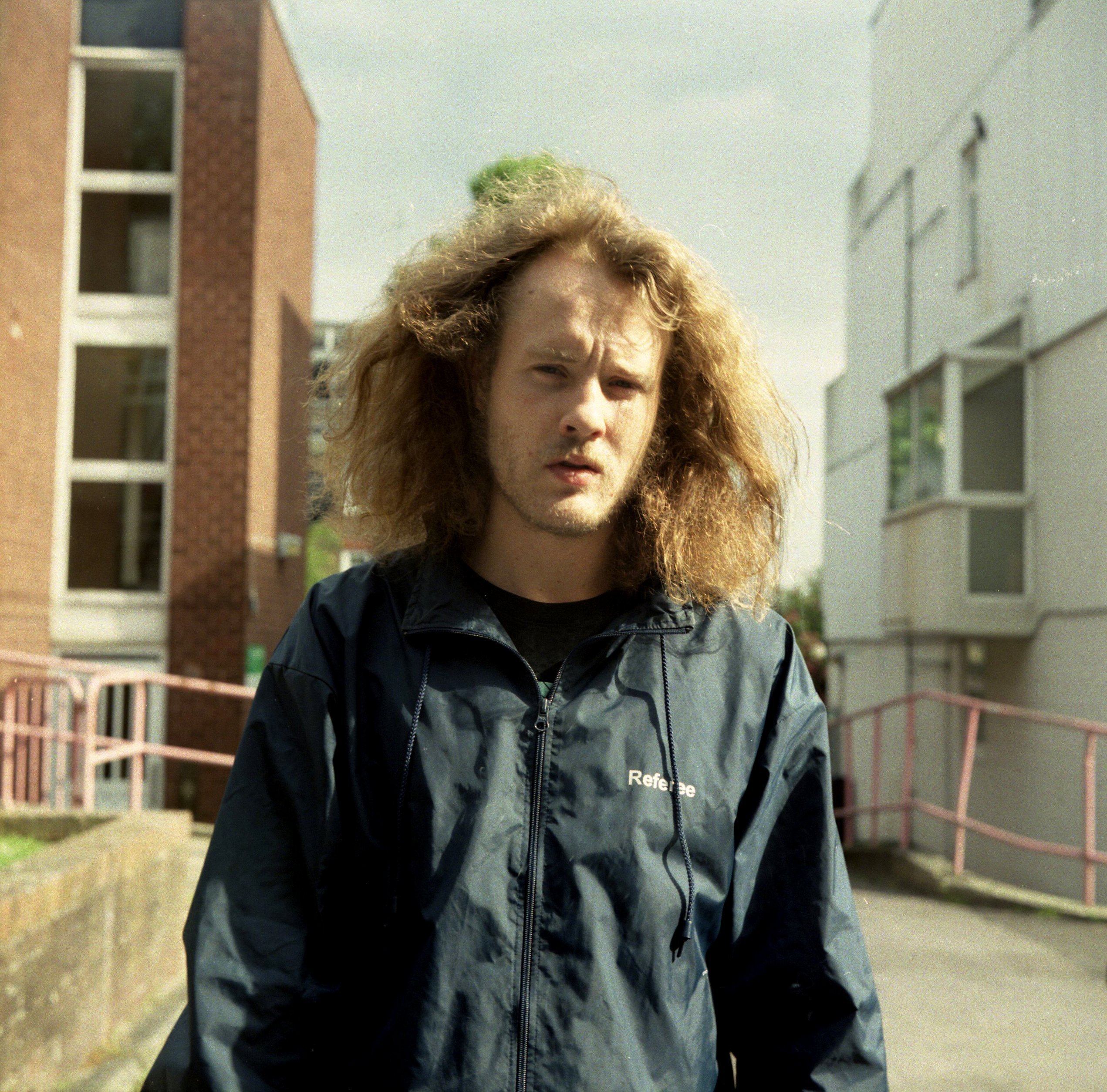 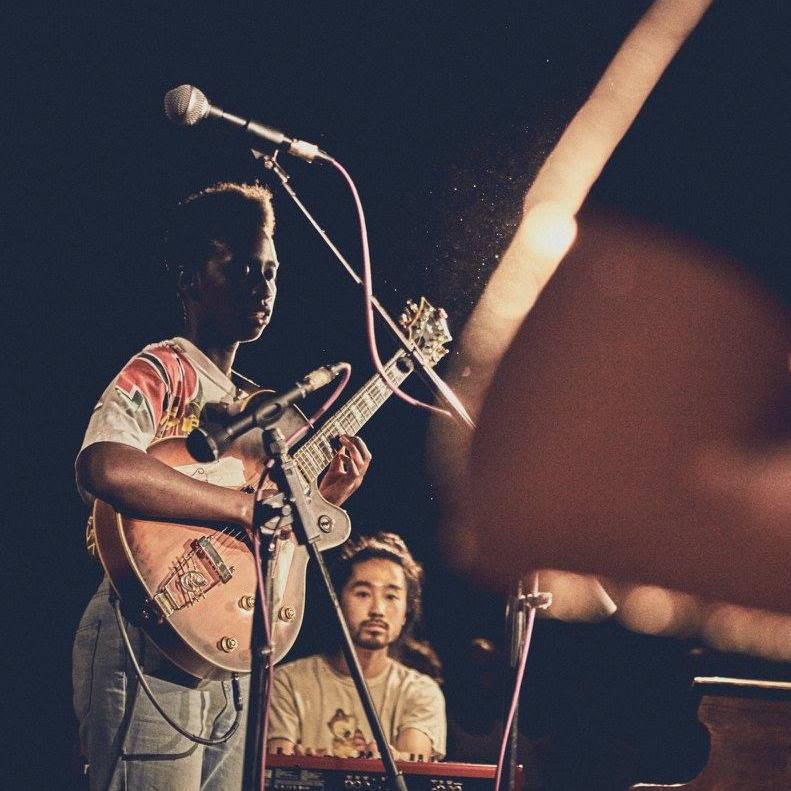