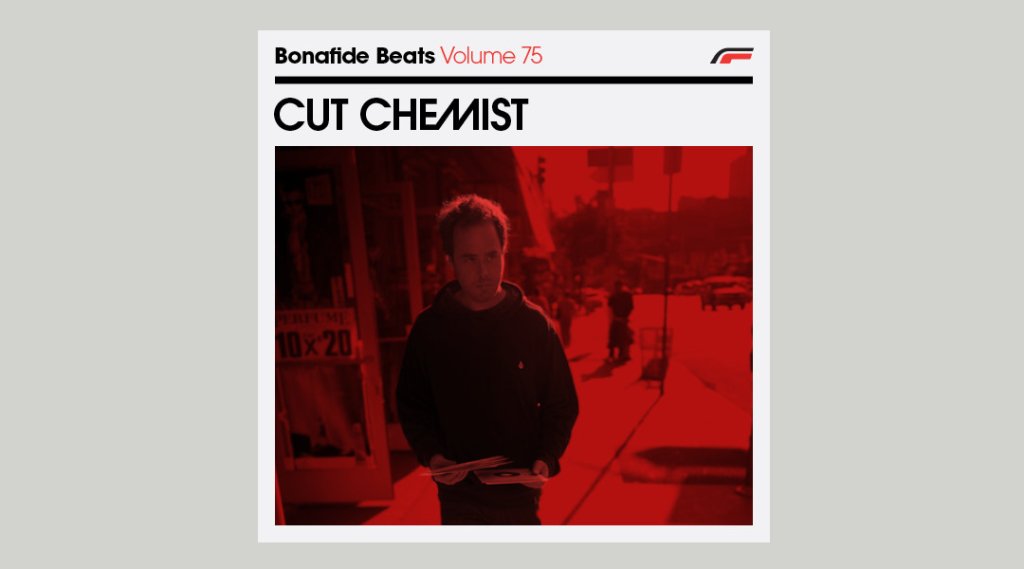 And so we’ve made it to number 75 of our Bonafide Beats series.

Up til now we’ve had the likes of Luke Vibert, Yogi, DJ Zinc, LV, Crazy P, Mndsgn, Homeboy Sandman and Jneiro Jarel all put together stellar mixes for us, and to commemorate reaching a (sort of) landmark, we’ve pulled out the stops for something a bit special for you.

Co-founder of Jurassic 5, a collaborator of DJ shadow, star of the film Scratch and generally just a goliath of DJ culture, none other than Cut Chemist has stepped up to the plate with his Funk Off Mega Mix.

A pre-cursor to his new album, the Funk Off Mega Mix is also available to buy as a vinyl pressing limited to 1000 copies,and pays homage to some of Cut’s favourite artists, including Mr. Lif, Edan, French artists Vox Populi! and Pacific 231, a new wave project which he spoke about with us in issue 09.

No tracklist to speak of, but when the mix is this good who really needs one?