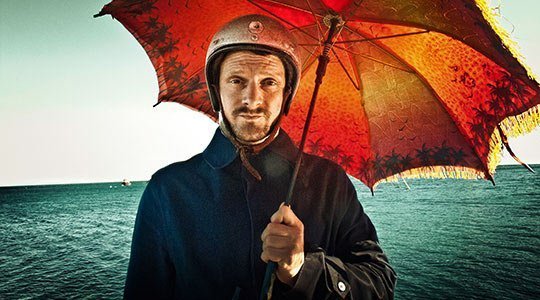 Stefan Kozalla is the subversive artisan of dance music. He shares an affinity with the world of clubbing whilst seemingly opposed to most of its virtues; he is in love with electronic music but not so much with the 4×4 pulse. “The emotional spectrum of techno and house is really limited, I realize this every day”, he tells me, deep into our conversation about the emotional boundaries of electronic music. “It’s such a big market and so many people are in love with it…maybe I’m an ice cold person and I need the opposite to counter balance.”

Ice cold may be overplaying it slightly, but Kozalla aka DJ Koze’s own idiosyncratic approach to composition has long been a figure of admiration for his peers, and was finally acknowledged on a more widespread scale following 2013’s excellent Amygdala. The title for the album was taken from the scientific name for the part of the brain that controls memory, decision-making and emotional reactions, which speaks volumes of Koze’s outlook as a producer. “Is there anything more wonderful than something that’s surprising or unpredictable?” he asks me. Quite.

Viewing music from such a shrewd perspective has always pitched Koze as one of dance music’s most elusive auteurs. “I take music really serious, but I take it serious to break seriousness” he explains. This stiff upper lip is nevertheless tempered with a wry humour – just look at the cover of Amygdala if you needed reminding, where he’s sat atop a reindeer wearing a crash helmet and a cloak in the middle of a purple woodland. All of which made him an intriguing candidate for the 50th entry to the esteemed DJ-Kicks series.

“It’s my mission to make things fit that aren’t meant to fit together.”

The world of official mixes has seen a bit of a renaissance of late with John Talabot’s DJ-Kicks, and Marcel Dettmann’s fabric 77 proving there’s still life in the old beast yet, if done right. That said of course, we have podcasts coming out of our ears every day thanks to myriad online blogs – so how does DJ Koze see the position of official mixes in amongst all of this? “The way I could make it different was by doing edits of songs I have collected over the years. It was more important for me to combine music in a special route which doesn’t normally fit together when you see it on paper, not just unreleased stuff. Every minute of music on the compilation is treated this way.”

We shouldn’t really be that surprised. DJ Koze’s steadfast principles to doing things differently could easily be passed off as pretension if he didn’t exude such genuine love for his craft. “Of course I want to surprise people somehow. The main goal is to surprise in a convincing way.” A magician then, maybe? The selfless Houdini of the dance?

Koze’s DJ-Kicks mix is unmistakably Koze. It’s a Quality Street of goodies, going from Warp IDM (Boards Of Canada’s remix of Dead Dogs Two by cLOUDHEAD), and hip-hop (Freddie Gibbs and Madlib’s Shame instrumental) to indie rock (Broadcast’s Tears In The Typing Pool) and techno (his own edit of Marcel Fengler’s Jaz). “You look into your repertoire and see which tracks are timeless, then you have to choose 15 or 16 in a row and it’s not easy to make them fit. It’s like a carpenter having to piece things together,” he says. The centerpiece of the mix is a mash up of sorts, from hip-hop producer Hi-Tek and an acapella from The 2 Bears, which seems to perfectly typify Koze’s mission statement with the mix. “It didn’t exist before; I got Joe Goddard to send me the acapella. I found two songs which made love together, it’s really rare that it happens like that”.

An obvious downfall of official mixes is the difficulty of getting each track signed off due to licensing issues. Did this stunt the creative process somewhat? “It’s very fragile – if you can’t get a track then you have to start again because the song before doesn’t work anymore. I had to start three times from scratch.” But DJ Koze being DJ Koze, he saw this as a chance to try something a little different. Edits. He put his own samp on a handful of the tracks on offer, in an effort to bridge the gap between the genres and keep the mix at a constant level.

In some cases, he let his creative urges get the better of him. “I asked Marcel Fengler and Session Victim for the stems and they became remixes in the end really. I built new intros and new outros to fit the songs before and after… You can’t have a folk song and then have a bass drum come in”. The Session Victim track Hyuwee, under Koze’s watch, indeed became a different entity by the end, with the arrangement of instruments completely inverted.

For an artist whose studio work is so meticulous, I wonder whether he chooses to approach his club performances in the same way. “I edit in the club because sometimes the energy of the song is too dramatic or too epic” he says. “Hands in the air music is too much for me, I sometimes cut out the peak time elements of the track and just use the beat and combine it in a more stripped down way or loop it for a long time. I want people to have their hands in the air without sticking to the formula”. True to subversive form, Koze has strayed far from any given ‘formula’, whatever he considers that to be.

It seems quite clear that DJ Koze’s relationship with the dance world that he inhabits is far from comfortable. “I love electronic music but it’s super boring if nothing breaks out, when you can predict when the bass comes in and out, 8, 7, 6, 5, 4, 3, 2, 1. It’s not possible with art, and music is art. It’s my mission to make things fit that aren’t meant to fit together. I hope I can show that something can fit together even when it’s unrelated”. It’s an admirable aim, but one that serves to compound the myth of DJ Koze – this open distaste towards the majority of house and techno seems at odds with his label, Pampa, regarded as one of house music’s most esteemed imprints.

You’d maybe think that this strained feeling towards the hypnotic kick drum would drive Koze’s interests towards more experimental pastures, but alas. “I’m a little bit allergic to experimental music – it’s really hard to experiment and make experimental music. Everything is so easy to generate. I’m still looking for the perfect heart and soul but with different ingredients. It’s easy to make crazy music, but you don’t feel anything.” You get the impression that Koze sees music in such a passionate way that this casual dispelling of both 4×4 and experimental music makes complete sense to him. It’s a call to action to his fellow artists as much as to himself, to keep challenging the status quo and searching for the perfect heart and soul.

Listen to an exclusive mix by DJ Zinc

High brow you could say, he does after all cite Matthew Herbert as an example of an artist whom he admires: “he used to record with orchestras and bands, but he now makes completely different music with only an 808 and a sampler – he’s a musician from the inside but he doesn’t require instruments anymore”. And that’s essentially Koze too, he may be on a noble quest to break seriousness with seriousness but in the end he’s just a musician who has invested a deep love for his craft – and what’s wrong with that?

Due to a production error a section of text was missing at the beginning of this interview in the original print publication, we apologise for any inconvenience this would have caused to your reading experience. 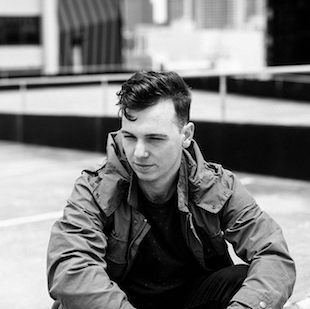 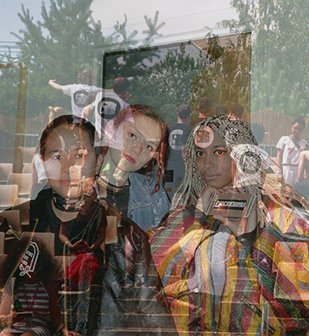 Dancing Together: A Conversation Between Two Electronic Collectives.

We spoke to Discwoman and Through My Speakers ahead of their talks at Ableton Loop.