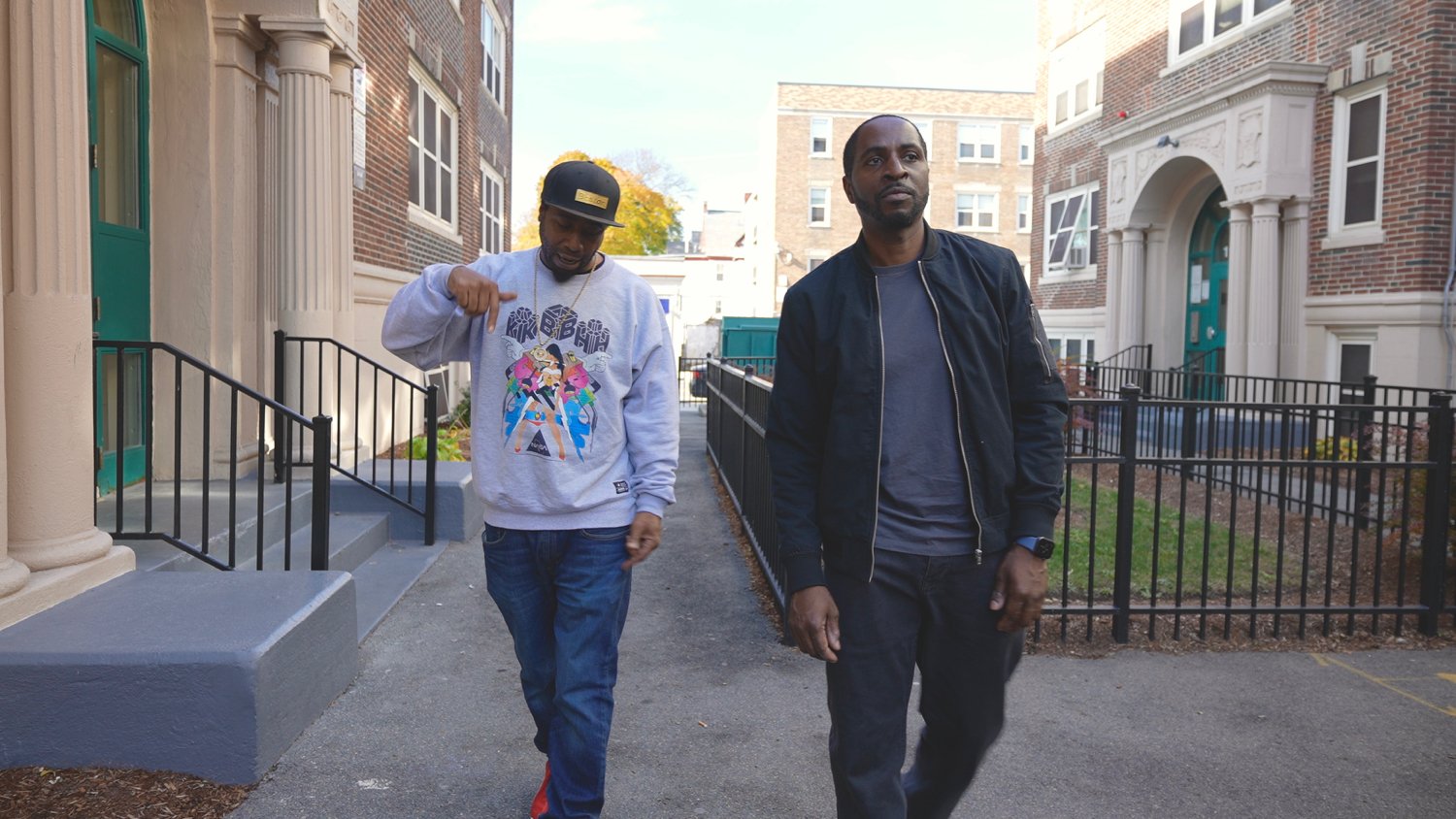 Boston in the grooves of a record: Edo. G & Insight Innovates deliver that raw, jazzy, and true-to-life hip-hop on their self-titled debut album, the culmination of decades of friendship and collaboration, birthed from childhood memories and the early days of the Boston rap scene.

“This project is focused on punchy drums, bass, attractive melodies, and a realistic life message and story from black men in a slowly changing world.”

Since the LP reflects on and homages the likes of Big Daddy Kane and Edo’s own history, we asked the pair to rack their brains for their top albums from fellow Bostonian artists. The result is a treasure trove of music you can listen to below.

I’m including the Worcester based emcee as one of the most influential rappers to come out of Greater Boston, whether anyone likes it or not.

He does what makes sense for any style of track, going from a singing chorus or love song to political brain-bashing, or just sporadically rhyming on some new school sh*t.

You might not like the era of rap he belongs to, but you can’t deny the talent he displays on this record. I can only imagine what a Joyner and Insight LP would sound like.

Who’s playing that funk record loud as hell in the basement?

It’s not a record, it’s Adam Deitch on drums, Sam Kininger on the sax, Neal Evans on keys, Eric “Jesus” Coomes on Bass, and Atticus Cole on percussion.

With the addition of Krasno on guitar Bhasker (keyboard, organs), they make up a well known funk band named Lettuce.

They play what I’d want to sample and they did it better than anyone around. You could go into the classic Wally’s Cafe and see any of them jamming out on some funk break, or have them perform with Whitney Houston when she’d come to town to perform.

The feel good vibe of this album places an emphasis on staying positive despite literally having gunshots hit their door the day I moved in. Yes, I formed the group, but this album didn’t make the list because of that.

This group reflected what I wanted from hip-hop. I wanted to see five cats get together and make content that reflected real life. Stories about paying bills or being lazy, but not on some corny shit. Hype live shows and punchy beats is what we love.

Raheem and Anonymous who came from different groups, were both dope. Dagha and I worked on stuff in the past, and same for Moe Pope. I just put everyone together. Moe went on to emcee for STL GLD.

Listen to this album and you will see why it’s so relevant to life today!

Speaking of Edo, If I had to pick a sound scape for the city where I grew up, it’s his first album. When that album dropped, it was everywhere. Fantastic flows and societal commentary over addictive loops describes its sound.

Produced by Joe Mansfield, beats on the album are some of the most memorable in hip-hop, period. Edo. G And the Bulldogs themselves have so much to offer beyond music.

The stories behind the music and their lives go beyond the scope of a review.

No one can deny the impact that Gang Starr had on hip-hop as a whole.

While I was familiar with the original Boston group being from the same area, Guru and Premier introduced a magnificent new sound. Stories with morals and tales of wisdom permeates funky beat science…never before heard.

Guru discussed combining two producers along with myself to create a production team that he’d manage. I was young, just starting making beats and rhymes.

I’m not sure when exactly he moved to New York, but the rest is history. Edo could tell you since he was with ‘em. I was the next generation so the impact they had is personal.

I thought it would be selfish to mention Edan, since he and I are Duplex.

Beauty and the Beat displays a well constructed composition with beautifully connecting word patters. Its vintage newness is fine wine you sip when you’re tired of all the fake shit.

We didn’t really get along at that time, but I can’t front they had some dope records on that album!

I love this album not only ‘cause Reks is my hip-hop brother, but because it’s straight dope from beginning to end. 35 tracks and not one wack joint!

This album to me is where Term started killing everybody. He showed his lyrical skills with the best of ’em and was backed up by all the top tier producers on this record…one of my favs!

This album holds a special place in my heart.

I executive produced the album and produced two songs. Scientifik would’ve been our best rapper out of our area if not for his untimely death.

Of course I’m going with my debut; we put Boston on the hip-hop map with our hits I Got To Have It, Be a Father to Your Child, and Bug-A-Boo.

Plus, I’m still thee only Boston emcee to have a Billboard #1 and four top ten records!