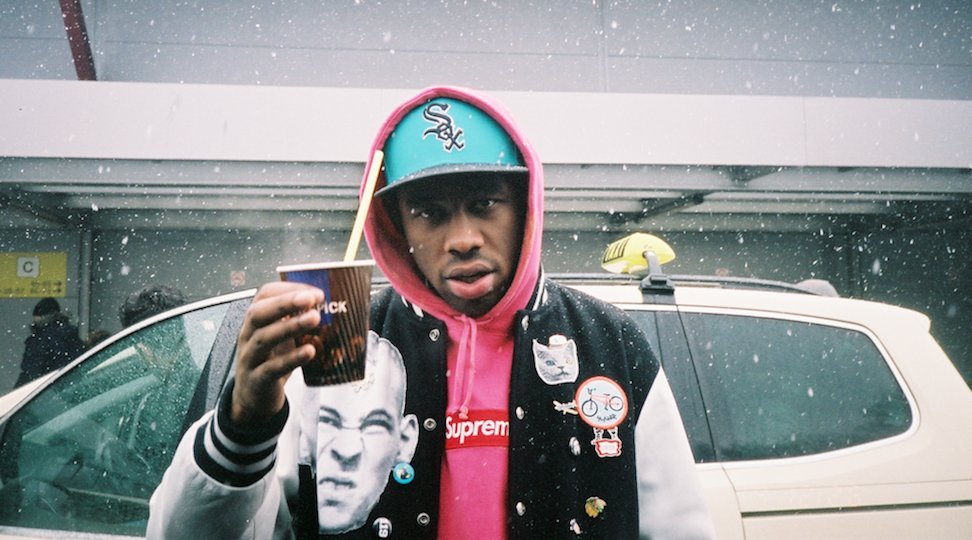 Tyler, the Creator won’t be going to Australia anytime soon (Ed. or UK, this interview first appeared in print a couple months before his ban here). The Odd Future Wolfgang Kill Them All rapper (real name Tyler Gregory Okonma) was the target of a petition by Collective Shout, an Australian organization aimed at ending the objectification of women and spearheaded by Coralie Alison. Alison has had her sights set on Tyler since he allegedly threatened Guardian writer and Collective Shout activist Talitha Stone at a show in Sydney, Australia for attempting to protest his autograph signing at a clothing store a day prior.

The Collective Shout petition stated: “Our 2013 campaign against US misogynist pro-rape rapper Tyler, the Creator was one of the most intense campaigns we’ve ever run. His incitement of violence towards one of our activists made headlines around the world and was cited when New Zealand Immigration authorities blocked his entry there last year.” It’s hard to imagine the 24-year-old, paper thin emcee would be a threat to anyone, but apparently he’s enraged a portion of the female population with his often misogynistic and violent lyrics. However, Tyler is adamant that they aren’t a true representation of his feelings. After all, music is his art and he believes he is free to express himself in any way he sees fit, even if it means ruffling some feathers.

“People believe whatever they want to believe, man,” Tyler says. “It’s however they take things. I don’t hate women at all. Just me telling them that won’t change their opinion on things. I’m at a point where it’s like why even bother talking about this anymore? If you’re smart enough, you’ll figure it out, if not, oh well.”

“People are just so quick to judge shit ’cause they don’t understand it. But I understand what I’m doing, and that’s all that should matter”

This really isn’t new territory for Tyler. He’s been accused of being misogynistic and homophobic since emerging in 2009, even though he was the first to publicly show support for fellow Odd Future member Frank Ocean when he told the world about his relationship with a younger man. He weathered a public bashing by indie-pop duo Tegan and Sara who voraciously attacked his music and The Fader counted 68 uses of the word “bitch” on Goblin. In May 2013, a series of three commercials for Mountain Dew directed by Tyler stirred up more controversy when he was accused of using “racial stereotypes” and “making light of violence against women.” PepsiCo. apologized and eventually pulled the ads. While it’s true his music is riddled with graphic violence and endless profanity, don’t expect an apology any time soon. After all, he’s young and on the ride of his life. Despite a few bumps along the road, the Los Angeles native released his latest album Cherry Bomb April 13, 2015 and it appears he couldn’t be happier.

“A lot of good things have happened this year,” he says. “I guess when a lot of tight things happen, you just start enjoying things more. Making money is one of them. I’m not going to lie. That shit is tight. Just so much awesome stuff has happened. No one is dying. It’s all good.”

Underneath it all, there’s no denying Tyler is still a kid. He may be 6’2” and in a man’s body, but cookies, pizza and cartoons still rule his world. He laughs easily and constantly jokes around. He seems to take nothing seriously, especially when it comes to interviews, which he admittedly hates.

“You gotta keep things fun,” Okonma says. “Laughing is really important to your health, believe it or not, so I guess I just always try to have fun and keep the energy alive.”

While his humor is always intact, his music often expresses his darker side, his much darker side. On his first official solo album, 2011’s Goblin, which was almost entirely produced by Tyler, he continued his dialogues with fictional therapist Dr. TC, who emerged on his mixtape, 2009’s Bastard. The video for the single, “Yonkers,” also directed by Tyler, shows him eating a cockroach, vomiting it back up, bleeding out of his nose and then hanging himself with black, demon-looking eyes. Needless to say, the imagery is quite shocking.

“A lot of people think that stuff is deeper than it really is,” he explained in an interview with Interview Magazine. “Some people just think too much. Like, my manager knows I wanna be a video director, so he was like, ‘Hey, just write a video, write the treatment for it, and we’ll shoot it.’ So I was like, “All right, fuck it. I’ll eat a cockroach, I’ll throw up, and then I’ll hang myself . . . It’s, like, no subliminal messages or secret meanings or anything. I just personally think the shit would look really cool, so I did it. I just like doing shit that I think is cool, and people happen to like it, so I’m pretty, like, fortunate for that. So I’m gonna just continue to be myself and do what I like. Again, people are just so quick to judge shit ’cause they don’t understand it. But I understand what I’m doing, and that’s all that should matter.”

However, Goblin is a stark contrast to Cherry Bomb. The first single, “Fucking Young,” sounds more like a soul song than a rap song. He actually sings, which is something he’s always wanted to do, but never had the courage to try. It wasn’t until Pharrell Williams said to go for it that he decided to take the risk.

“With this one, I studied everything I like,” he explains. “And I know how to do what I need to do. I’ve always wanted to sing, but with my voice being so deep and raspy, I could never sing like Stevie Wonder or Ronnie Foster, so I’d get other people to sing. I was scared. Pharrell was like, ‘Listen to Barry White and Isaac Hayes, see how they use their voice and sing about some wild shit.’ That’s why “F—ing Young” is the first single.”

“When I can buy a Ferrari Enzo for three million dollars, break the windows and flatten the tyres like it’s nothing, then I’ll be killing it.”

With cameos by jazz fusion veteran Roy Ayers and rappers Lil Wayne and Kanye West, Cherry Bomb lets his musical tastes shine thought a little more. For a 24-year-old kid, he has a surprisingly vast amount of musical knowledge. Most 20-somethings think Bigge and Tupac are “old school” and couldn’t even tell you who Ian Curtis is, but Tyler is different. He says Stevie Wonder’s Innervisions album was a huge source of inspiration when making Cherry Bomb.

“It’s the music I’ve always wanted to make,” he said in an interview with Billboard writer John Kennedy. “Joy Division, Ronnie McNeir, N.E.R.D. — that’s the shit that really got me. To finally be able to make that — to make a song with Roy Ayers, “Find Your Wings” — is really cool. I’m living every line on the album. That’s why you don’t hear depressing, sad shit, because I’m f—ing happy.”

Truthfully, it’s difficult to tell whether Tyler is a complete jackass, genius or both, but it’s probably safe to say there’s a hefty dose of each element. Before his music career took off, he was just another young kid working at Starbucks trying to figure out his next move. Although he was eventually let go, he says being fired was the greatest moment of his life. The future definitely is bright. He’s been on the road for the past few months in support of Cherry Bomb, no doubt enjoying plenty of debauchery and loving getting to perform almost every night. On stage, he’s a maniac.

“When I’m on stage, it’s like Ian Curtis and Sid Vicious,” he says. “I’m like a big 10-year-old. I just go up there and do whatever I think is cool at the moment. And then, when it comes to rapping, I like watching a lot of cartoons and movies and shit. Usually, when I’m rapping, I’m creating a big story or a concept song that sounds like a movie to me.”

His love of film has his sights set on opening his own movie theater one day. He launched his own app, Golf Media. He does all of the artwork for Odd Future’s albums. He directs. He produces. There’s seemingly nothing Tyler can’t do.

“You don’t really have to learn anything to create stuff,” he says. “It’s not a thing you learn. There’s not a set of rules you have to follow to learn. You can learn a recipe [laughs], but ideas are not something you learn. I just trust my ideas and for some reason, I have a group of people around me that trust my ideas. It works out.”

Although he’s clearly basking in his recent success, he’s not convinced he’s officially “made it.” 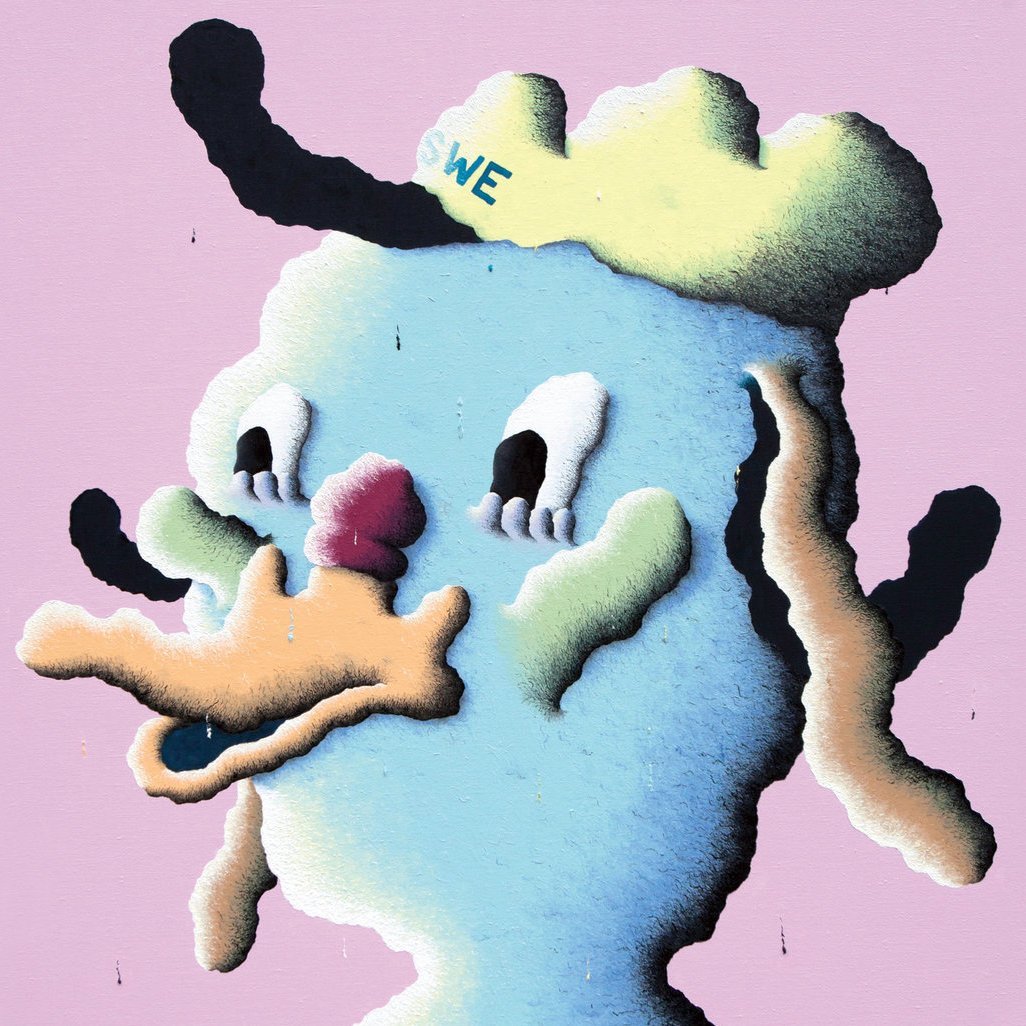 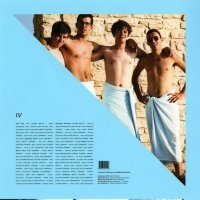 Canadian group BadBadNotGood have established themselves as one of the leading voices in contemporary instrumental jazz. 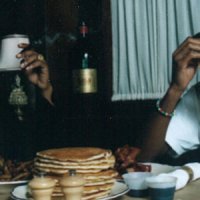