Four titans of hip hop come together in May for a string of UK shows so unbelievable that you’d be forgiven the poster’s a hoax on first look. Marking the anniversaries of three landmark albums – Wu-Tang Clan’s Enter The Wu-Tang (36 Chambers), Public Enemy’s It Takes a Nation of Millions to Hold Us Back and De La Soul’s 3 Feet High and Rising – the shows see all three acts take to the stage with none other than DJ Premier acting as the glue holding it all together.

Masterminded by SJM Concerts’ Chris Wareing, the line up was a personal challenge for the uber rap fan which began with mock-up tour artwork before any acts were even approached.  It’s a real coup for the UK in terms of live hip hop: European shows are in the pipeline, and there are rumours of a sequel tour to come.

The Gods Of Rap UK Tour 2019 hits the SSE Arena Wembley in London on 10th May, Manchester Arena on 11th May and Glasgow The SSE Hydro on 12th May.

Tickets go on sale Friday 25th January 2019 from 10am over at godsofrap.com and Wednesday 23rd for O2 Priority customers. 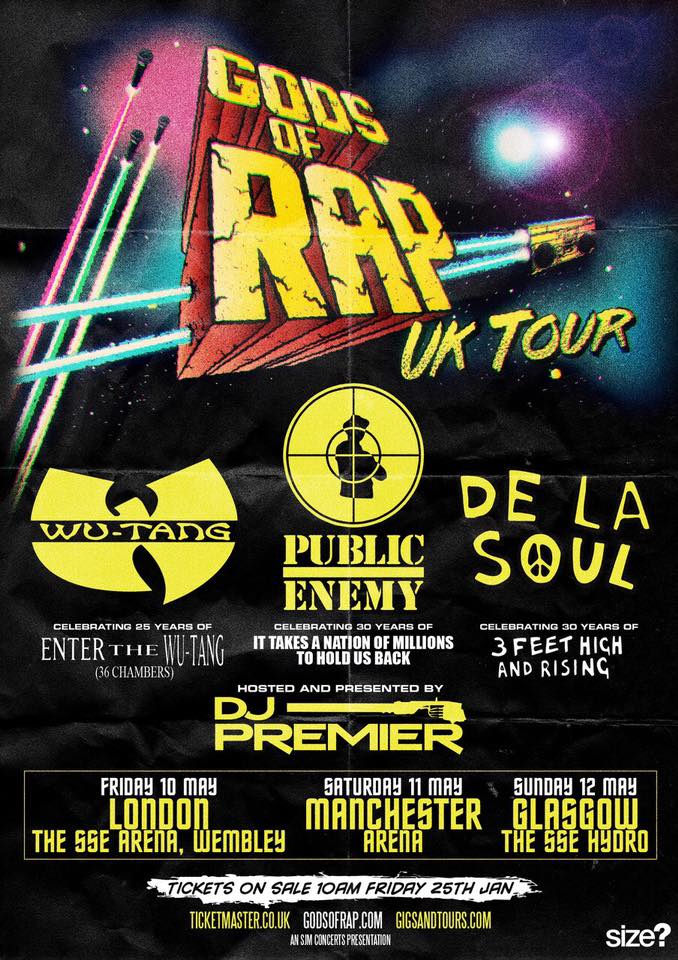