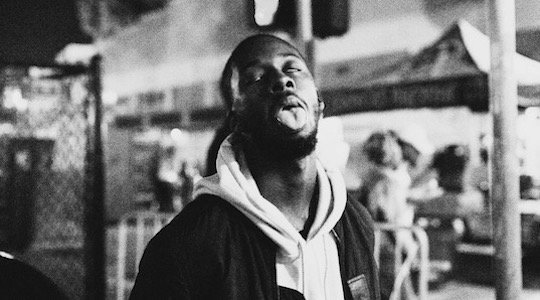 You may or may not have heard of Goldlink. Either way, he doesn’t really care. This elusive star of Washington’s DMV is not one for the media spotlight, hiding his face during live performances and avoiding interviews and exposure like the plague. In Goldlink we find an artist who really is doing this for himself, and that seems to be working out for him just fine.

Starting to write music just two years ago, Goldlink has developed a sound personified by the soul and ease of his vocals, the genre bending of the production and a poetic, lyrical cadence. These puzzle pieces all came together in his 2014 mixtape The God Complex, a cohesive collection of songs which explored the ego and fatal hubris of the hip-hop industry. This record plays like a personal confession, a diary that displays the contradictions and internal battles of this masked, straightedge yet braggadocios rapper.

Previously, being associated with the future bounce of Kaytranada and Vic Mensa, Goldlink has just released his new album And After That, We Didn’t Talk on Soulection and Black Butter. Continuing to evolve and defy critic-manufactured boxes, Goldlink brazenly swims against the tide of faux trap house posing and excess, carving out his own path. On a recent London visit Bonafide ensnared him into an interview, hoping to delve behind the mask and discover what the future holds for this illusive figure.

Hi Goldlink. What have you been up to since The God Complex?
I’ve been living. Taking my time with everything, but on top of that creating and trying to have fun when I’m not working.

Are you recording new material?
Yeah. It’s an extensive piece of work that’s already done. Kind of like a storybook, but a little more controlled, a little more polished an understandable than The God Complex.

The last record explored the theme of hubris and ego; how does that relate to your decision to remain anonymous?
It’s a counter-balance to it. That’s the battle that’s going on throughout the whole record. It’s about a guy who’s very cocky and very charismatic, whilst still being human and making a lot of mistakes along the way. It’s very personal.

It’s interesting because it seems like in the current hip-hop industry, a lot of people are concerned more with what the artist is wearing than the music itself. Is your anonymity a deliberate stand against that?
Definitely.

You’ve had a meteoric rise since that record. I mean, I was at your show at The Old Blue Last (the Vice magazine owned pub in east London) and I bumped into André 3000 in the audience. How long do you think do you really think you can remain anonymous?
I have no idea. As long as I can. It is something that I do want to hold onto as long as possible though. That’s very important to me, as you saw during our shoot.

Understood. You’ve just released your new album And After That, We Didn’t Talk. Critics have previously referred to your music as ‘future bounce’, but this sounds like a step in a more funk direction. Is this the sound you’re going to be exploring in your future releases?
I take each song case by case. I don’t have a standard sound that I’m trying to solidify. I just try and hit as many sound points as I possibly can. I don’t want to be caged in.

Indeed. In fact, one thing I read is that you’re very influenced by bands like Bombay Bicycle Club and My Chemical Romance. I’ve never read of any contemporary hip-hop artists citing these sorts of inspirations – how do you integrate that into your sound?
It’s not about the instrumentation. It’s about the aesthetic. The creativity of it, the lyrics, the song-writing ability… and the attitude and the carelessness of it. Welcome to the Black Parade is one of my favourite records. I don’t know, there’s something so different about that kind of music from what I’m used to, that it just intrigues me.

All your music videos always feel inextricably linked to your songs. Do you find your writing process to be inherently visual, planning the music video from the get go?
It kind of just happens I guess. I just write them for the strength of it being really good. And then everything else just follows after that naturally. I leave it to the director I choose to do what he has to do.

I find that hard to believe, but I’ll take your word for it. Another thing I find hard to believe is that you are totally straight edge, are you keeping to that still?
Yes.

Do you find that difficult on the road?
No.

There’s no temptation?
No.

Whilst you’ve been touring the UK have you checked out the British grime scene at all? A lot of American rappers have woken up to grime recently, so I wonder if it’s something you enjoy or take inspiration from.
No. It’s not that it’s not good or anything… it’s just for me as a black kid from DC, I’m not really fond of UK grime music. It doesn’t really correlate, translate or connect with me personally. Musically, lyrically, everything. It’s like playing Young Thug to your Grandma. She just doesn’t care. She’s like, “it’s just a bunch of noise to me.”

How important still is the DMV to your sound now that you’ve travelled the world with your music?
So important. It always will be important because that’s where I came from. That’s all I know, that’s what I grew up around. That’s where my family is. That’s always going to be the most inspiring thing in my music. I truly don’t take from anywhere else. I really don’t. It might sound like that, but really isn’t. I don’t know house music, I don’t know garage music, I don’t know none of that shit. It’s really just straight DC music that inspires everything I’ve done or will ever do.

GoldLink’s debut album And After That, We Didn’t Talk is out now on Soulection and Black Butter. You can buy it over here. 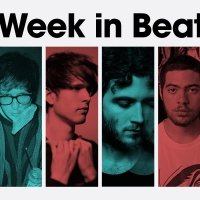 The Week In Beats: James Blake, Ratking, WebsterX and more 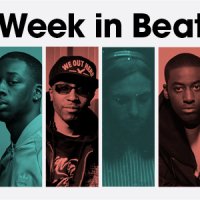 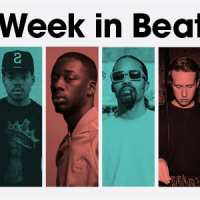 The Week in Beats: Joy Orbison, Dâm-Funk, Chance The Rapper, and more