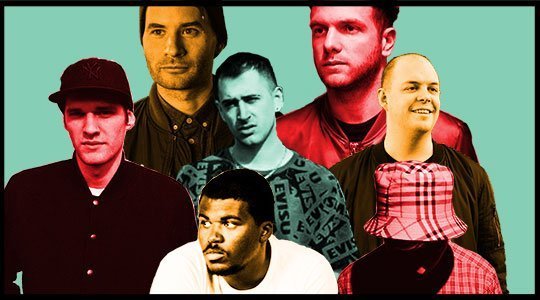 The ‘grime renaissance’ (if there is such a term) hasn’t exactly been short of column inches and think pieces over the past couple of years. Drake’s very public admiration for BBK to starting every sentence with ‘man like…’ has helped it become one of the hottest topics in the global music conversation. It has revolved mainly around the ideas of re-appropriation and cross-pollination, yet as fascinating and exciting as this is to see Skeppy selling out Berghain, it seems that one part of the conversation continues to fly willingly under the radar.

The focus has remained predominantly on the MC’s; Stormzy charting in the Top 10 with Shut Up, Novelist guesting on a new Baauer bomb, Tinchy Stryder collabing with the Chuckle Brothers. But on the periphery the discussion sits Boxed, which has been quietly fighting the fight for the bubbling hotbed of producers that have recently been taking grime and turning it inside out, upside down and just generally tearing the rulebook to shreds. It actively rejects the use of MC’s at its events, instead focusing on the instrumental side of grime, and will be celebrating its third birthday at The Laundry this week with the man himself playing b2b with Oil Gang, Logos going b2b with Slackk, and a whole raft of other special guests in place.

It was a night that grew steadily to the point it’s at now, a slow process of building and sticking steadfast to principals, up until the first birthday, which was a bit of a watershed moment in Dalston’s Birthdays. In the past two years the party has also moved from Peckham Palais, Rye Wax and Plastic People to Room 3 at fabric, Manchester’s Chow Down club and Bloc. The nomadic nature of the party speaks volumes about its fostering of a strong community, who are happy to follow the crew wherever they go.

What is perhaps most intriguing about the current machinations in grime are how its swell in popularity has grown exponentially with its movement into more experimental realms. The eskibeat popularized by Wiley et al has been replaced by atonal synth melodies, often in place of any kind of kick drum – see Dark0’s space-age remix of Justin Bieber’s What Do You Mean as a prime example of the newly termed ‘vaporwave’. Arguably the jewel in the crown at the moment is Mumdance, whose FabricLive mix last year coincided neatly with Proto, his recently released album with Logos, on top of his work with Novelist. But if you need further evidence of the scene’s positioning, look no further than the marathon four hour Boxed Boiler Room session from last year, where basically every man and his dog (including Dark0, Murlo, Slackk, Spooky, Mr Mitch, Oil Gang, Logos and Mumdance himself) laid a marker down on where the genre was heading.

Miles Mitchell aka Mr Mitch believes that there are a number of reasons why grime has become such a talking point in the past year or so, and that the process has in fact been a lot more gradual than it may seem to outsiders. “I think producers had felt frustrated for a while and in 2008/09 the Butterz crew offered a good outlet on their radio show for up and coming producers who weren’t getting represented in the MC side of things.”

So was there an inferiority complex when it came to producers playing second fiddle to MC’s? After all, when you trace grime’s lineage from the start, it’s the likes of Wiley, Kano and Dizzee that immediately spring to mind. “The sound progressed and more and more people started to create music that didn’t need MC’s: says Mitch. “I think when we launched Boxed it became a hub for producers who were trying to push the grime sound in different directions.” This holds water now to the point that producers like Murlo and DJ Milktray arguably are billed higher on line ups than some MC’s. The tables have turned.

Slackk aka Paul Lynch is another of the producers whose recent forays have propelled him to the forefront of the scene, with 2014’s excellent full length Palm Tree Fire on Local Action a standout release not just in grime but also in the electronic sphere as a whole. As a Boxed resident and with monthly mixes championing emerging grime talent, he’s in a better position than most to comment on its influence, in what has become ominously reminiscent of the early FWD>> parties. “What you’re seeing now is a generation of kids who grew up on this music being old enough to go out raving to it now, which has in turn led to them being a part of it” he explains. “That factor has always been there but it seems like a couple of years ago there just seemed be a hundred new producers out of nowhere… and when that compliments the people who’ve been plugging away for a while it inspires everyone”.

Although the capital has always been the focal point for grime’s development, with second city Birmingham another notable stronghold, Lynch has witnessed a widespread interest in the genre slowly taking hold further afield. “I play producers from all over the country and there are little pockets of scenes popping up everywhere”.

There is an overwhelming sense of positivity and inclusivity surrounding grime at the moment. Dalliances with the US aside, Boxed has been an integral part in spreading the awareness of a genre that until relatively recently was known primarily for Lethal Bizzle’s ‘dench’ clothing range and his painfully bad Snapchat videos. As Lynch succinctly puts it, “I think we kick started a lot of things really, there a lot of people who come to our raves who weren’t necessarily grime ravers before and I’m oddly proud of that”. March on.

Boxed celebrate their third birthday at The Laundry this Thursday. Head here for more info. 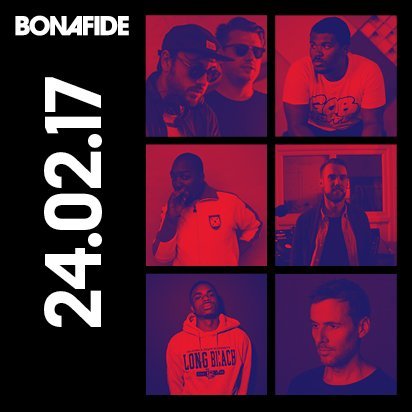 The Week In Beats: Clark, Kaidi Tatham, Talaboman and more 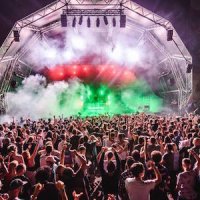