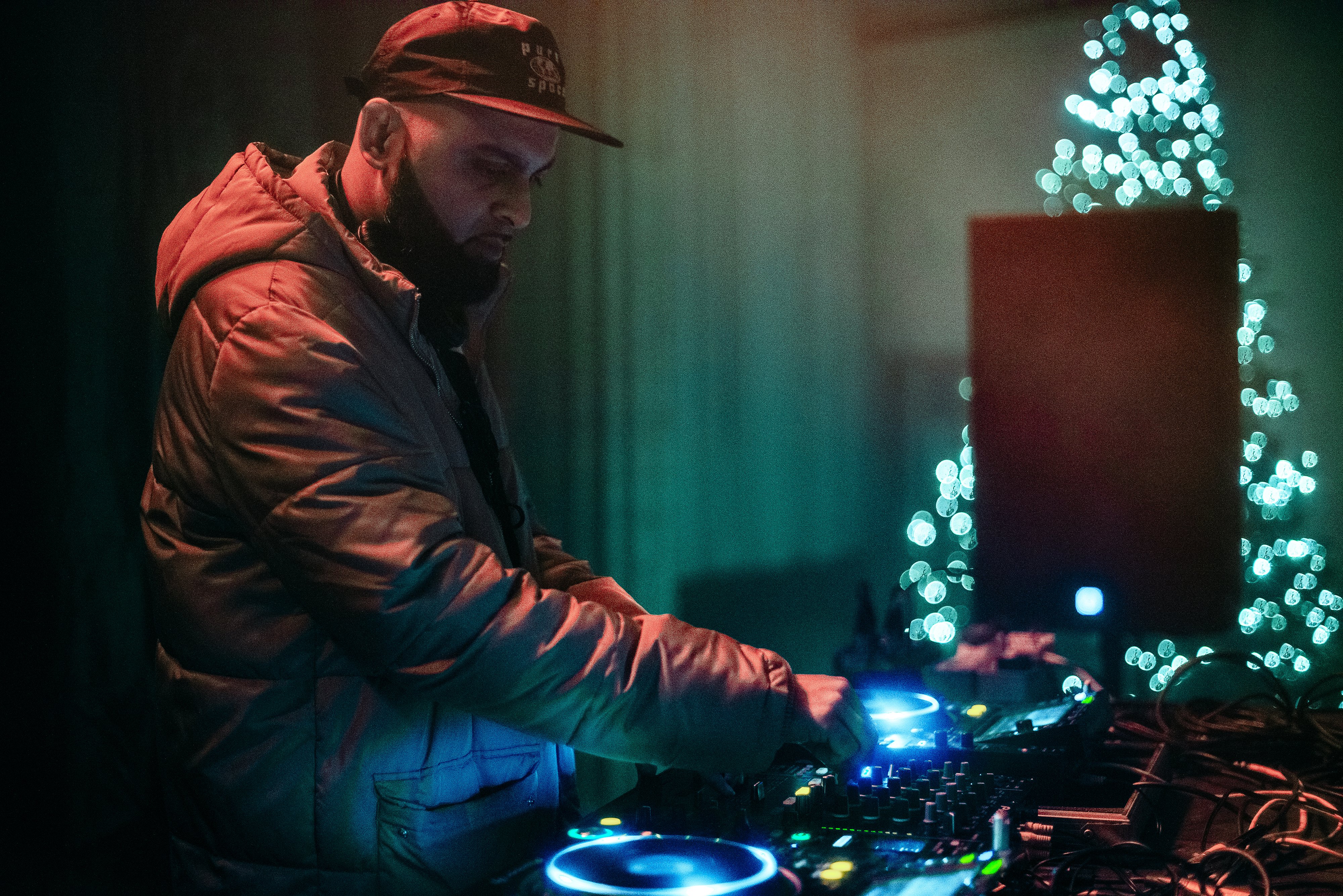 The Offering from Darkhouse Family was one of the standout albums of 2017, an opus followed by a remix project featuring DJ Spinna, Kaidi Tatham and more.

Don Leisure makes up half of the Darkhouse partnership (together with Earl Jeffers) and returns with an album spawned out of a love of Turkish music: Halal Cool j. 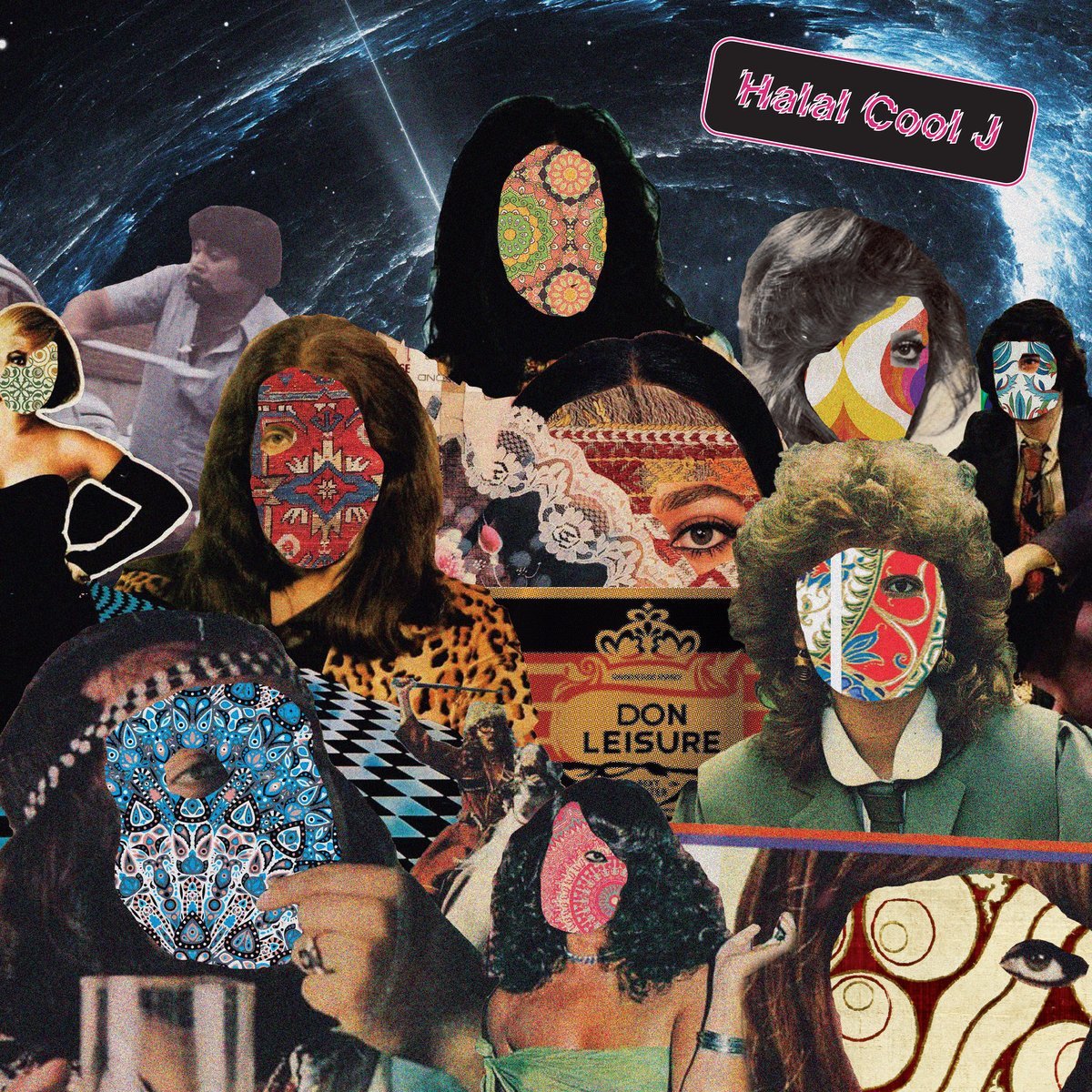 “I got into Turkish music around about 2006 when Egon (ex-Stones Throw) put out a Turkish Funk podcast showcasing artists like Baris Manco, Erkin Koray & Selda,” recalls Don. “The musical rabbit hole led me to discover re-releases on labels like Finders Keepers, and I’ve been hooked ever since.

“It’s hard to find original pressings of Turkish music in the UK, so when my cousin landed a job in Istanbul, it was the perfect opportunity to make a bunch of trips there, armed with a portable turntable, hunting for dusty records. After my first visit, I formed a relationship with Deform Records owner, Ozan. He invited me back to play a few times at Arkoada, in the the Asian side of the Kadikoy district in Istanbul, DJing in the same neighbourhood the original Turkish psych legends would’ve hung out and performed in, back in the 1970s. The influence of western artists fused with fuzzed-out traditional instruments and themes is something I’m still amazed by to this day, and I’m always discovering amazing Turkish records that refuel my love for this sound.

“Following the album launch at Brilliant Corners in London, I went to Istanbul at 6am the next day for another record dig. Most of the discoveries I bagged are incorporated in this new album”.

In the spirit of sharing, Bonafide asked Don to name his top ten Turkish tracks. Enjoy the discoveries within.

‘Halal Cool J’ is available on vinyl and digital on May 3rd.

Tearing bass and distorted guitars set the tone on this under the radar cut. Apparently, this dude won a newspaper contest with a demo and the prize was getting a record released. I’ve been told the title refers to a bridge where people get stoned… or maybe that was lost in translation! It is still available online for quite cheap relatively speaking. Tip!

So nice, he recorded it twice! Once in the early 70s and again in the early 80s. The 70s version is completely mind bending and features some string parts that Bonobo would be proud of. The track got an up tempo synthesised 80s cover 9yrs after its initial release which is also worth checking out too! This dude and his band, Dostlar, are amazing and any of the 70s stuff is worth investigating.

Most of the stuff from this former Eurovision contestant is pretty cheesy and poppy. This B-side, however, is a welcome tangent from the majority of his output. Insane drums and attention demanding bass and guitars make sure this one keeps getting drawn when I DJ. I’ve also heard Gaslamp Killer throwing this one down too!

Apparently this track is about a circle of joint smokers and one person being passed two spliffs at once! When you hear the intricate percussion on this classic cut you won’t be surprised about the track’s subject matter!

Too many Baris cuts to chose from but this one is a pretty class synth led track. Most of this list is from the mid 70s, but by the late 70s a lot of Turkish acts had migrated into the disco world (for better or worse in many cases). Baris Manco and the Kurtalan Ekspress hold it down to the fullest here.

I remember getting taking to a bloke’s house in Istanbul by my mate out there to dig through a pile of records he was left by his grandfather. I had about 15 minutes to pick up a stack and with no way to listen to anything I was just going off names and record sleeves. Not gonna lie – this one jumped out at me due to the fact that you literally don’t see any black artists in Turkish music so I was pretty intrigued by this one. This B-side cut is a cover of the Italian band Delirium’s track Jesahel. Sounds unlike any other cut I’ve heard from Turkey. Those claps!

Another often covered track from what I’m assuming is a Turkish folk song. Kamuron Akkor is probably best known for her utterly mind melting cut Ikimiz Bir Fidaniz but this one is equal to that in my humble opinion. Tearing guitars, infectious claps and a real nice bounce make this one
a firm favourite of mine.

Showing off a bit with this one! Ultra rare as rocking horse shit soundtrack with an epic LP sleeve. There aren’t too many OSTs in Turkish music as the style in the 70s was to use contemporary pop songs in films instead of scoring entire pieces. This LP is unique in that sense and also in a few others as it was mastered at Abbey Road and features both English and Turkish language versions of some of the tracks. Was pretty chuffed when I found a copy for next to nothing on my last trip out there and was even more gassed when I heard that synth bass kick in!

Discovered this B-side cut at a very wet and windy Festival No 6 in North Wales during a b2b2b session with Doug Shipton and Andy Votel from Finders Keepers. Both those guys really are oracles when it comes to forgotten records from corners far and wide. When Doug dropped this heater I knew I’d be doing my best to track one down the next time I was in Istanbul. This one is pretty well sought after now and it isn’t surprising as it is a discerning dance floor destroyer!

No relation to the current Turkish leader but still a fairly controversial character in the Turkish music scene due to his support of his political namesake, causing a partial boycott from some of the Turkish record dealers I was chatting to in Istanbul. Politics aside there is no denying the quality of some Ozdemir‘s mid 70s output. From The Doors inspired Ac Kapiyi Gir Iceri to the Herbie Hancock flavoured madness of This is My Soul’] there is plenty to choose from. This one is a personal favourite of mine, it is a cover of a famous Turkish folk song which is common across Turkish pop/rock from any decade. Nice snappy breaks and righteous rising organ melodies take me right back to Istanbul.