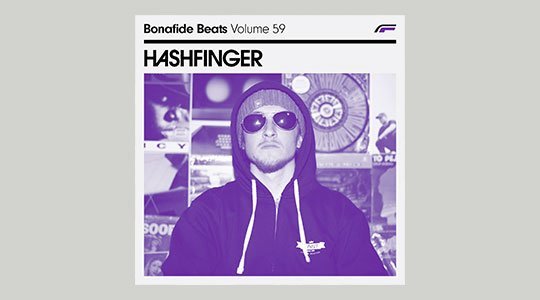 Earlier this year a press release arrived promoting HashFinger. What caught our attention was that Hashfinger hailed from near our original locale in this case just across the way in Bradford, West Yorkshire, produced for Lunar C and the Fly Tippaz crew and his own blend of atmospheric cuts hit the sweet spot.

The promo was from Headcount Records for his excellent debut LP proud Lessons. Unsurprisingly long sold-out on vinyl, Lessons is a coherent and polished piece, weaving in snatched dialogue, crunchy beats and swirling horns and highly recommended.

To get the detail on the who, what and why, we asked Hashfizzle a few questions

You’ve got your debut album, Lessons, coming out. Tell us how the idea for the album came about?

Yeah, Lessons is out now!

I’ve been putting instrumental projects out for a while now, each project has been about progressing and developing from the last – improving the content and quality of each release. The idea for the album being Lessons ties in with this theme for me, it’s all about experimenting with sounds and building on what I’ve learnt.

What kind of sound have you gone for on this project?
The project is sample-based, most of what you hear is chopped up from loads of random records I’ve collected. There’s a pretty wide range of stuff on there from chilled/mellow styles through to some more lively/heavy beats.

I had all sorts of rough loops for this project, a big part of it was working on the transitions between the beats – blending intro’s and outro’s and having extra loops on the end of tracks. I really like my tracks to flow into each other across the project, having so many varied styles of sample makes me get creative with the transitions and try to move from one mood to another in an interesting way.

I’ve been a fan of yours since hearing some of your beats on the old Sinoptic We Don’t Do Shit Hip Hop EPs. It seems now though that you’ve really broadened your style, with some still being sample based, and some being more electronic based. How does the way you approach your beats differ depending on the style of the beat?
Thanks man! It’s a different a completely different game sampling to the electronic stuff.

When I’m sampling I’m looking to find cuts that will all layer in and compliment each other, usually I try and find a main sample to start with and the feel and style of this sample will dictate the things I layer around it. It’s all about committing to the sample and trying to do it justice with the other cuts.

With the more electronic styles, I’m often creating the starting point or ‘main’ sound myself. This extra control means I’m constantly changing both the main sound and the other layers around it to work with each other. Sometimes all the room for change can be a curse though!

Which do you prefer making and why?
It depends what mood I’m in haha! I can’t really say one way or the other – I love working with samples but equally like making wonky synth noises. It’s refreshing to make electronic stuff but I find it just as exciting when I find a gem of a sample.

You’ve done a lot of work with rappers from the West Yorkshire area, how do you see the hip-hop scene in the North at the moment?
I think it’s strong man, there’s a load of crazy people making music up here. It’s been a bit quiet of late but there’s a lot of new releases coming and more live gig’s starting to pop up – there’s enough talent round here for things to kick-off we just need to get people out to live gigs and supporting.

Any final words?
Lookout for my next releases – currently working on a new sample-based project for vinyl and an electronic project – both of which are well underway. Also working with Lunar C for a joint project after his album drops, Fly Tippers crew project coming out real soon – I’ve got some gigs coming up so come and see me DJ somewhere too!