Too Many T’s are currently on tour, wheeling their gung-ho, full tilt show to Liverpool’s Sound City amongst others. The duo, Ross Standaloft and Leon Rhymes, have been together since 2012 and are currently still riding the wave of their debut album, South City.

The pair took some time out to speak to Bonafide.

Your music has been described as ‘party hip-hop’ or ‘alternative hip-hop’, what would you call it?

I guess it’s just hip-hop really, but hip-hop is such a multi-layered beast nowadays and people love separating music into sub-genres and niches, so you have to play along a bit. We always set out to lift the energy and get a party going when we play live, so party hip-hop suits. I guess alternative also makes sense as our music doesn’t fit neatly into many sub-genres or styles of hip-hop out there. It’s a bit ‘misc’.

Our personalities are reflected through most of our music – positive, gregarious, affable and daft. We make hip-hop for people who don’t take themselves too seriously, who wanna smile, dance and have a good time. Music for people to escape with and forget about the day to day for the minutes or hours they watch or listen to us. We aim make to people feel good. Saying all that, we’ve made some more introspective stuff recently, ha!

Where do you see yourselves fitting into the UK rap scene?

Good question and one that we and anyone we work with often asks! We grew up listening to the likes of Taskforce and Foreign Beggars, but to be honest I don’t think we really fit into the UK rap scene and, without intention, find ourselves in our own niche.

Our music seems to connect with a really broad spectrum of people and our fanbase ranges from young kids to grandparents and lots of eclectic music lovers. We’re often hit with the line, ‘I don’t usually like hip-hop but I love you guys’. I think there’s something with the style and energy of our music that has an appeal to a wider audience than traditional UK hip-hop so we fit a little outside the scene. Maybe because we tend have big hooks on our tracks or maybe because we care what our mums think too much. We’re both UK hip-hop fans though and would love to do some more shows within the scene, we’re planning on getting down to more cyphers this year and try some new verses.

You’ve just been on tour in Asia and Australia, and performing at international festivals, how have you found that experience?

Unquestionably the best experience of our short careers! We have played a lot in France where the reception has been ridiculously good and hoped that would continue further afield, but there was no way we could have prepared ourselves for the reaction. From Sydney to Melbourne to Bangkok to Saigon we had packed out shows full of smiling nut jobs. Some people had driven hours to see us perform and to be on the other side of the world, with people singing our tunes, was a really humbling and magical experience.

We tried to leave a week or so between gigs so we could travel (we called the tour ‘Rap Year’ – which we were pretty pleased with!) We both wanted to travel for years, so to do it with music was a perfect and can’t wait to do it again. 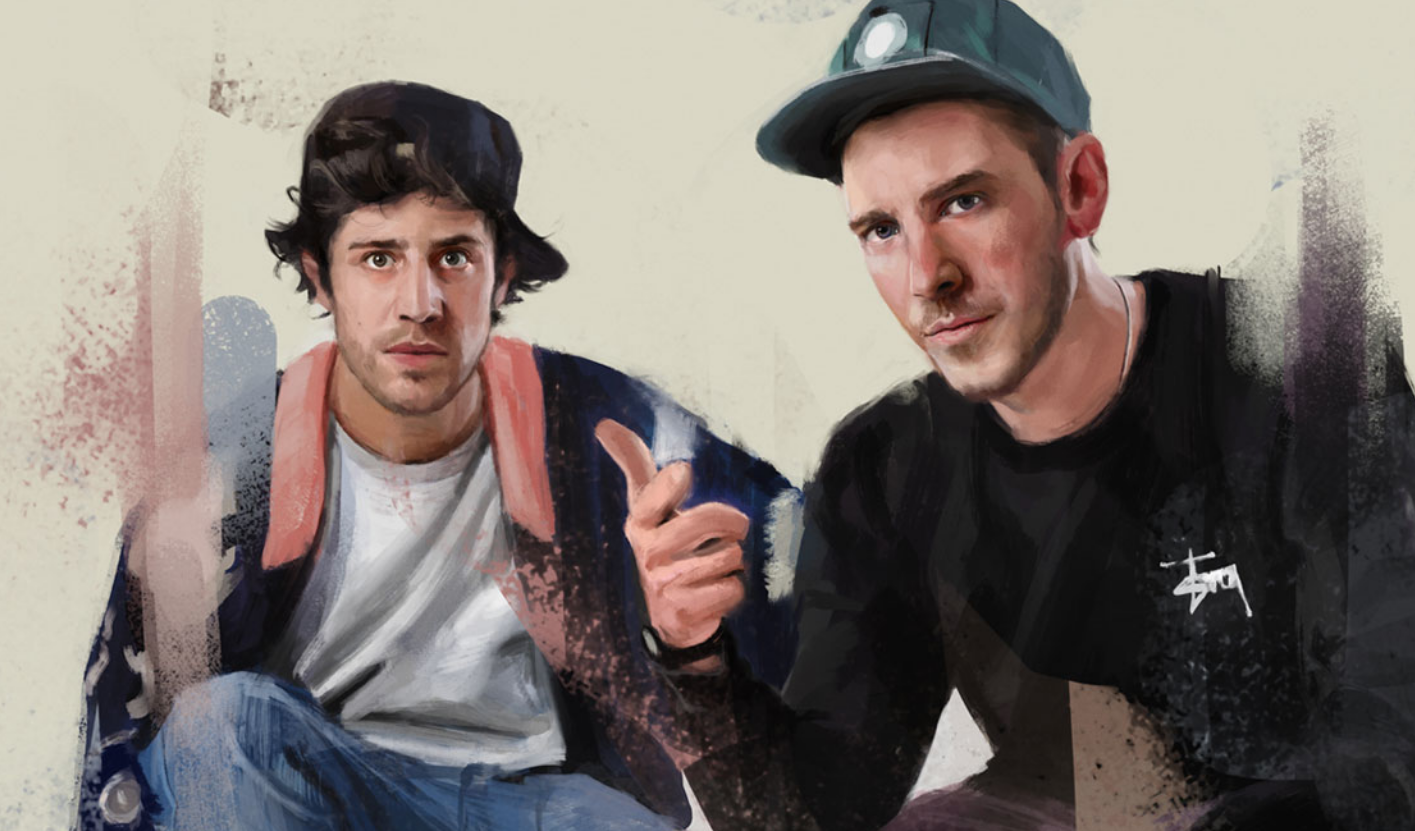 You have quite a lot of innovative music videos, are visuals just as important as the music?

Thanks! We’ve poured a lot of time and creativity (and show money!) into our music videos. I wouldn’t say it is as important as the track, but a good video can massively amplify a track and make it into into a whole new piece of art that exists in the world. We want to create memorable videos and ones we’re proud of, not just a generic performance vid with a decent camera, something that brings a fresh angle or makes the viewer think, ‘How the fuck did they do that!?’. We also like the challenge of making something that looks £20k on a fraction of the budget. For that you need ingenuity, favours and very good friends who believe in you.

You’ve been touring quite extensively since the album dropped in 2017, what’s next for you?

Yeah, man. Our agents at This Is Now Agency and Cartel Concerts have been really helping us in smashing it and we’ve played a shit ton of shows the last couple of years, getting into other parts of Europe we’ve never been.

It’s been really exciting and a lotta fun (and absolutely knackering), but now is the time to get back in the studio.

We’re currently writing a collaboration album with some French hip-hop artists such as Chinese Man, Le Fine Equipe and Chill Bump. That’s gonna come out this winter on our French label, Banzai Lab (check their other artists, it’s dope). We should have that wrapped up by June, but we’ve also started working on our second album that we’re gonna drop in 2020. There’s new music in every corner of the tea room. And we live in an octagon shaped tea room right now! Really excited about making new stuff. The second album will have a more old-school sonic pallet than South City, we just wrote quite a bit whilst out in Asia. Pretty damn hyped about it, tbh!!

Below is their newest video for their feature on Dream, RHINO’s second single from his EP The Leopard Dilemma, directed by Mr Blønde.

Buy tickets for Too Many T’s on tour here.