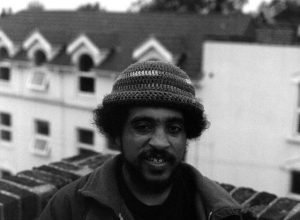 Based in South London, Wu-Lu (aka Miles Romans-Hopcraft) is a multi-instrumentalist and producer who’s very much carved out his own path in the city’s musical menagerie. He’s produced for Ego Ella May, Oscar Jerome and Poppy Ajudah.

He comes from a musically rich family background.

Have the creative pursuits of your family influenced your own work in any specific way, or just broadly?

Definitely broadly… overall, there is so much outlook over my family. Even though we are all into different styles of music and creative practices it somehow all links up. So I guess getting more than one perspective on things has its influences in my work.

I read your dad worked with The Bluetones, what was his role? I used to buy their 45s, the packaging was tight.

As far as I can remember I think he must have being doing some session recording work that later lead into a few gigs? He used to play in a band called Dodgy around those times.

It’s interesting you and your brother took your childhood influences in different directions – do you still have a lot of crossover in what you listen to? Any crossover in people you work with?

Yeah man, my brother (Ben Romans-Hopcraft, from the band Childhood) is one of my most favourite persons. When we both got into music we kinda listened to different stuff and one day we both caught each other liking the (Frank Ocean) Channel Orange album!

To be honest it’s always been about grooves and drums…

Somehow it made a crossover with both of the stuff we liked about music. There is always crossover somehow regarding who we work with, as the London music scene can be a small collective of like-minded people. Sometimes I play bass in a band called Warmduscher. 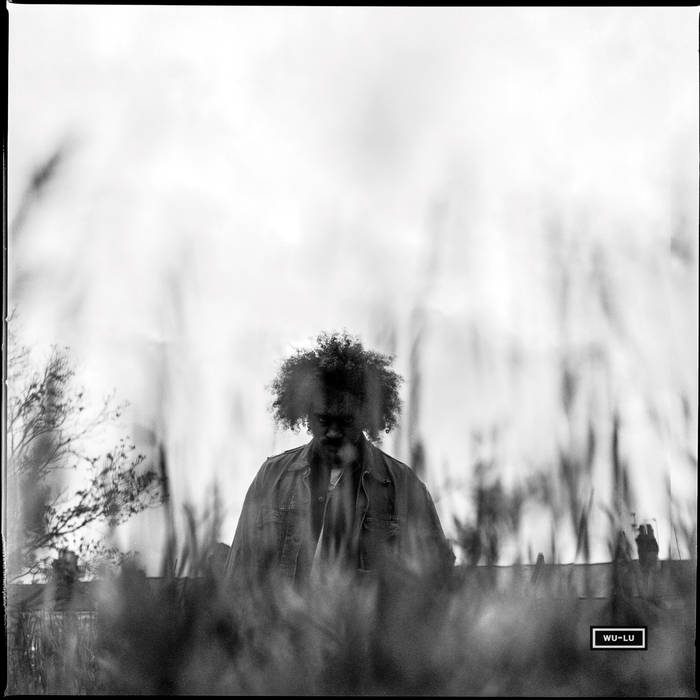 Do you think being into grunge fed into your open mindedness about different kinds of music? Or were you already open minded with the salsa and soul from your mum’s side?

To be honest it’s always been about grooves and drums! I had a lot of that from the afro beat stuff and salsa my parents were into. So I was open to anything that had those elements, being into grunge and that kinda came out of skateboarding and listening to music surrounding those kinda scenes at the time… a lot of my music references came from Tony Hawks games.

What’s your studio set up? Is it constantly developing?

I’m always looking to buy new bits of equipment but mainly just a simple set up based around my MPC and Ableton Live. I try to use my guitar for writing songs before I take it to a jam session.

Would you say Endtroducing is your driving force as an album? Have there been other significant albums or songs for you that were key?

That album really opened my eyes up to the idea of sampling and to really try and find out what that meant! To be real, the most memorable moment is when I saw the film Scratch and the movie Kids. Those were big moments in my sonic growth. That was a time where I kinda had an idea that music is what I wanted to do but in a different way.

S.U.F.O.S. is your latest work, how does it reflect your development over the past few years?

It’s my most favourite piece of work to date. I feel like it is where I have always seen myself but only for a time! In a way I feel like I started backwards.

When I started playing music it was all live band stuff, but the early released stuff that I put out was based more around computer based music… so going forward, I aim to meet somewhere in the middle.

As well as racial injustice in Britain and black empowerment, you’ve said S.U.F.O.S. is about self-exploration. What did you discover in its making?

That I haven’t found all the answers but life seems to have a little bit more perspective!

Please could you run down some of the musicians you’ve worked with on S.U.F.O.S. and why you work with them in particular?

I like to keep the people I work with close on a friendship level and it just so happens that I have some amazing peoples as friends!

By the luck of that some of these people I have known for a long time like Binisa Bonner – she’s an amazing singer that I have happened to know all my life, she was one of the first people to hear my music and gave me the confidence to get it out there and release it.

Another person is Kwake Bass who was one of the first badman beat maker drummers I saw play live, at a night called Speakers Corner in Brixton when I was 19. He was a part of the house band called Speakers Corner Quartet – from them times we became mates and eventually curated this show together called SAMPLED with my peoples Hector Plimmer, Nanci Corriea and Lara Lee from there that just solidified the future creative collaboration.

How has playing at festivals fed into your dynamic? Has it offered a different perspective, playing to audiences who may not be familiar with you?

To be honest I love it! Preaching to the unconverted! It means we can just play whatever we want! I love playing big stages for the space. You can really go in on what you can hear so you get comfortable to just play and have room to try new stuff on the fly.

Please tell us about 92 Points…

It’s a label that me and a few mates ran back in the day. It’s what started my opening to NTS Radio around when it started! We put out a few releases but most of us went on to do other solo projects, like Visionist and Hector Plimmer doing their music.

What’s the drive behind Touching Bass, and how does TB manifest itself?

Touching Bass is a collective of like-minded people with different skills and at the head of that you have Errol Anderson and Alex Rita. It started as a mix series that Errol was running on Vice mag and through that Errol started doing events that lead to the first TB ‘dance’.

I was asked to play and later be involved through an artist called Amon Brown. Through its growth other people became involved that lead to the family we have now of creatives, with the aim to put out good creative contents and awareness of various things that we deem as important. 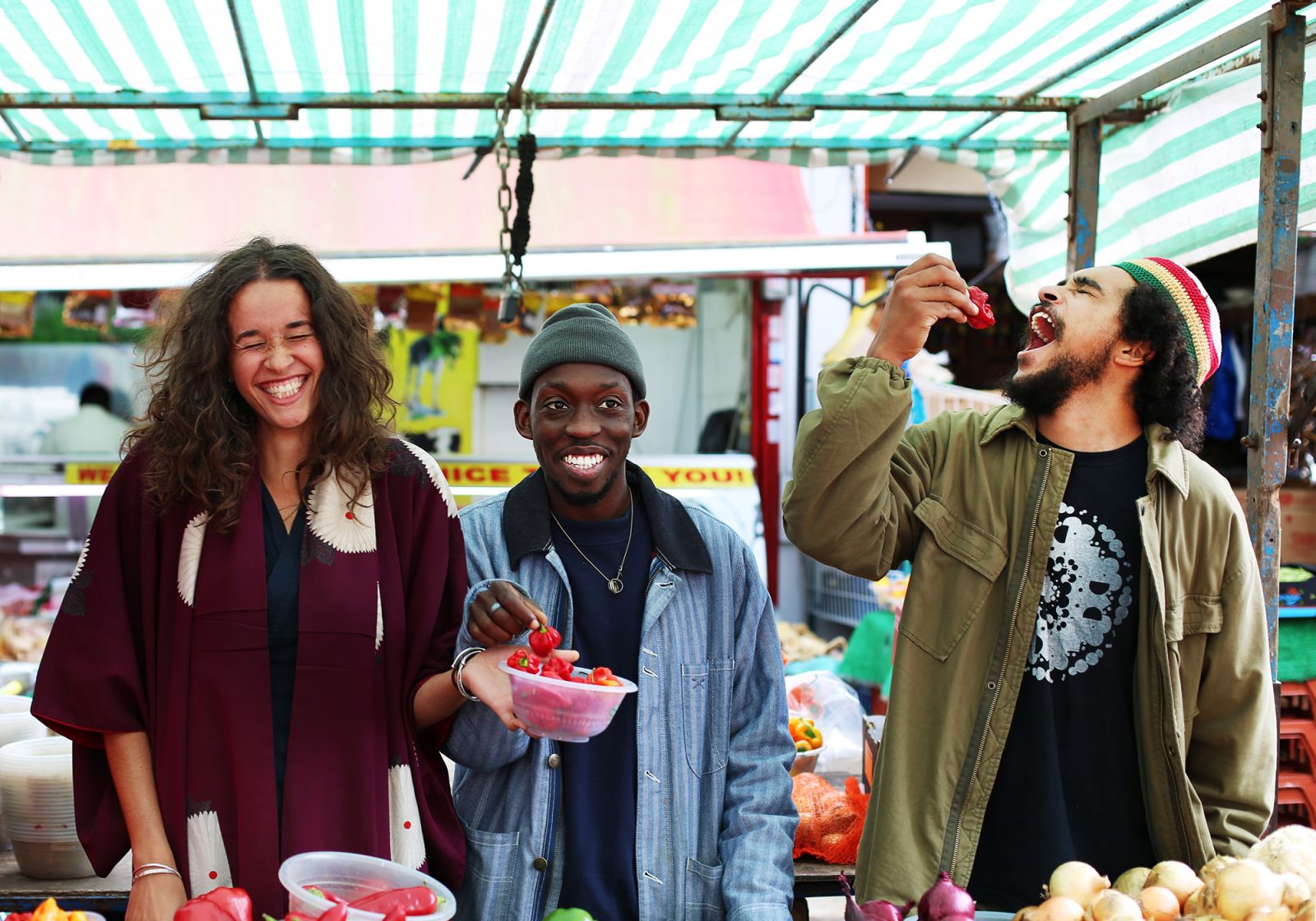 Who do you admire locally and on an international level?

As a producer and writer I admire my twin bro the most I guess, and wider I’m not sure! I would say it’s always changing but at the moment a friend of mine called Slauson Malone from NY.

What have you got coming up?

Working on the next works and a few shows coming up but just more music! Always!

S.U.F.O.S is out now. Keep up with Wu-Lu’s goings on over on Twitter.