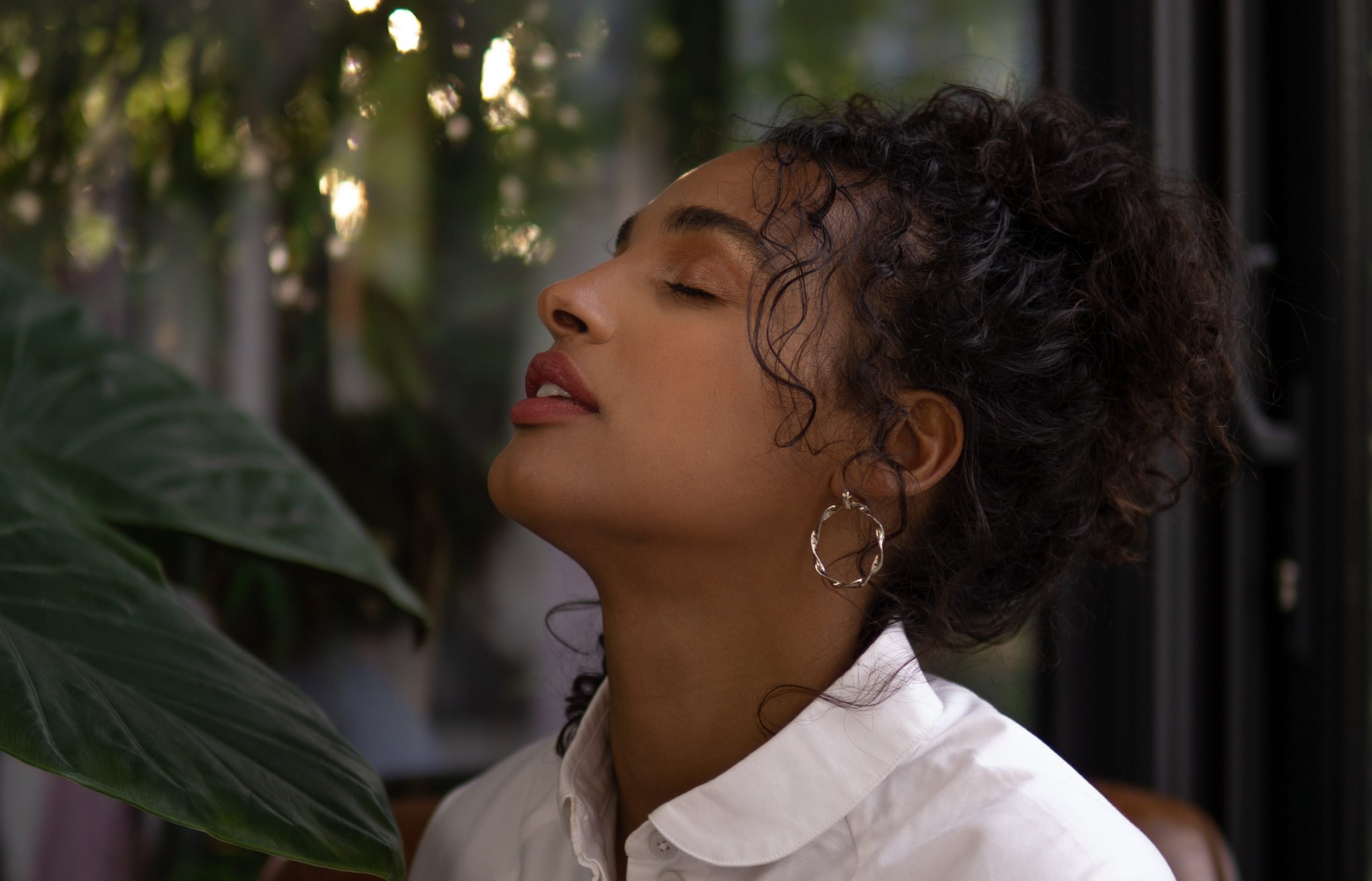 Berlin born and London based, Sahra Gure began her musical career as a classical violinist, before discovering her passion for singing at 14.

2019 has seen her receive the Musicians’ Company Young Jazz Musician Award and graduate from the Trinity Laban Conservatoire of Music and Dance. 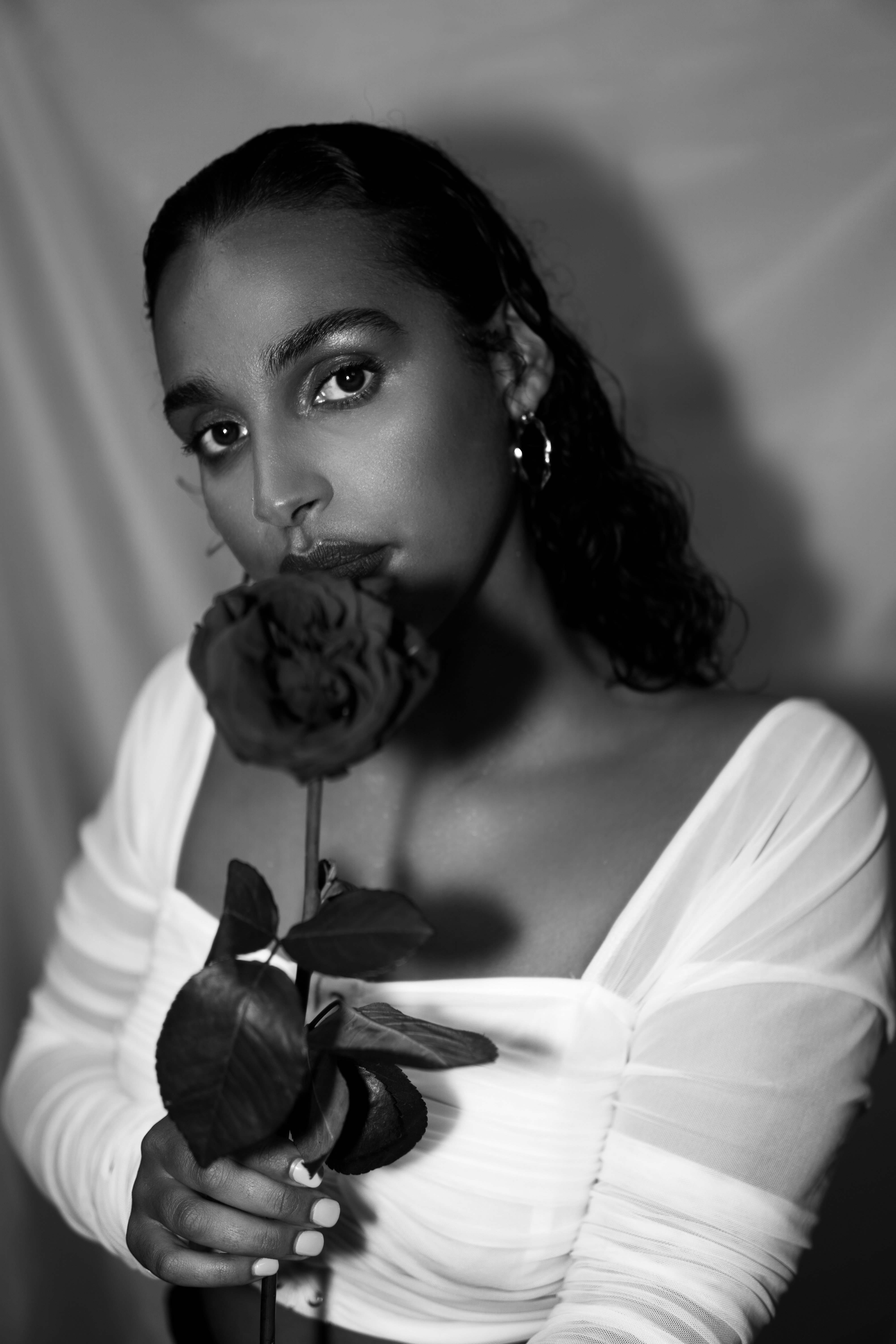 Despite her youth (she turned 22 this year), Sahra has already performed at London Jazz Festival, Havana Jazz Festival, Queen Elizabeth Hall, Ronnie Scott’s, Dimensions and WOMAD Festival, as well as made music with a number of collaborators.

Love Me With Me is her debut EP, written and produced by herself and recorded live at Soup Studios in London. It’s outlined as a personal project which takes the listener through the seven stages of grief.

With last week’s release of the EP across all platforms, Bonafide took the opportunity to get to know Sahra a little better.

Buy Love Me, With Me digitially and on vinyl here.

I have a set band I tend to work with on my own music, but the beauty of the jazz scene in London is that everyone works with everyone. It’s a blessing and a curse really. On one hand, it means your musicians might not always be free, but on the other hand it makes you discover new ways to play your music.

My band mates are involved with Kokoroko, Nubya Garcia and Joe Armon-Jones among others so naturally they are not always available. It pushes me to check out other musicians and work with new people or switch up the line up.

Forming new relationships is the same process with anything, it adds a different sound and approach and means the music is forever growing and adapting. Recently my keys player hasn’t been around so I’ve had to practise my piano playing and often I just play myself, so it pushes me to play and sing. 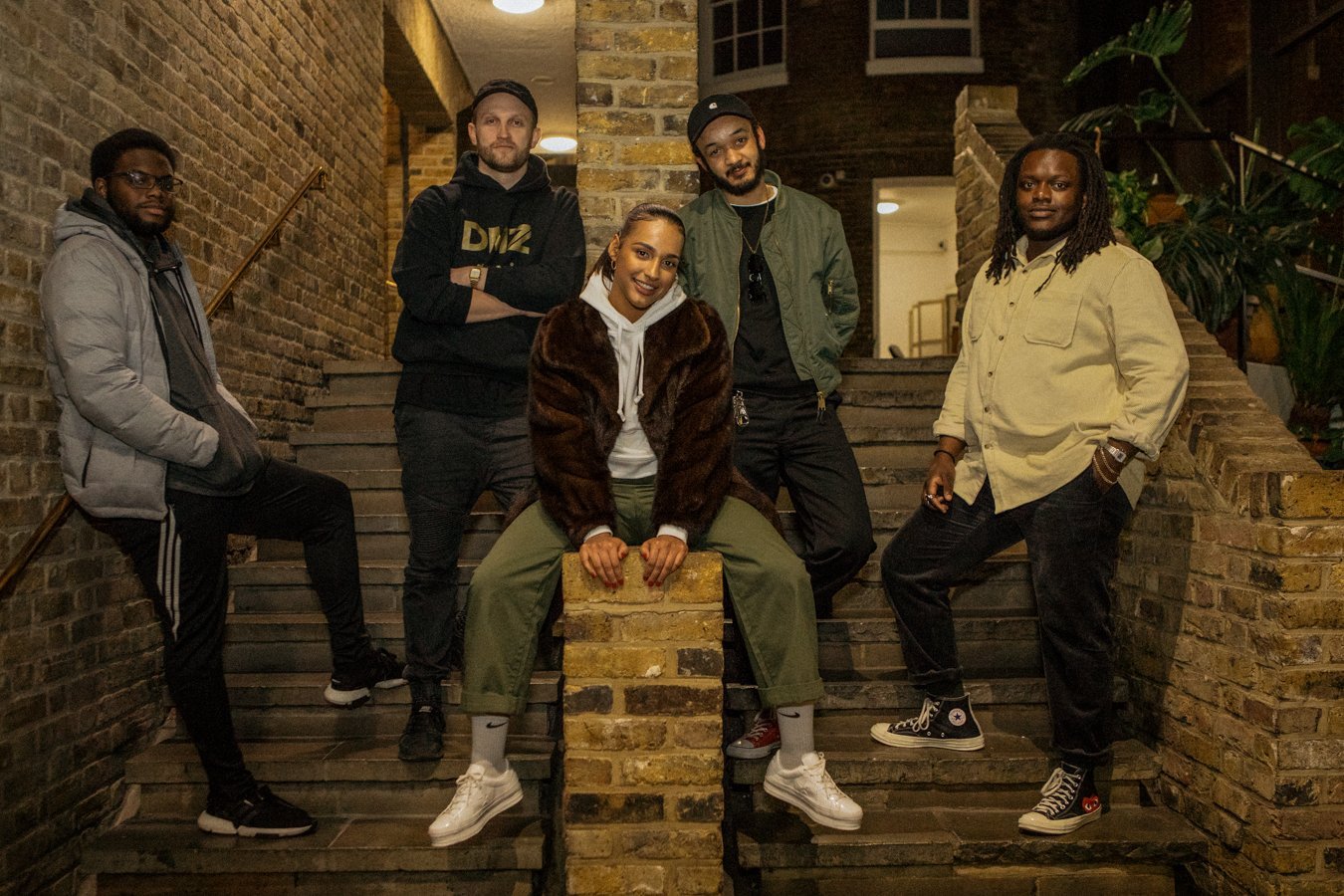 The jazz community around me is beyond supportive. I’ve had mentors like Kishon Khan and Cleveland Watkiss who have introduced me to an abundance of records and artists and brought me in on gigs. I recently played at Queen Elizabeth Hall with Cleveland Watkiss for London Jazz Festival. He was performing the Jamaican song book and we sang a vocal duet, no instruments just duo, of Here I Come by Dennis Brown.

I was completely out of my comfort zone but he pushed me to try something new and it was amazing that’s where I’m lucky to have these musical father figures!

There is a wonderful power in ownership especially when it comes to music and art. Self releasing isn’t easy but the pay off is so worth it.

I think I can’t say much about each culture influencing me, I think the mix says it all. German and Somali… my mum is a Christian, my dad is Muslim, my mum’s white, my dad’s black, I mean everything about them on paper shouldn’t ever have worked but that’s such a huge lesson in itself. 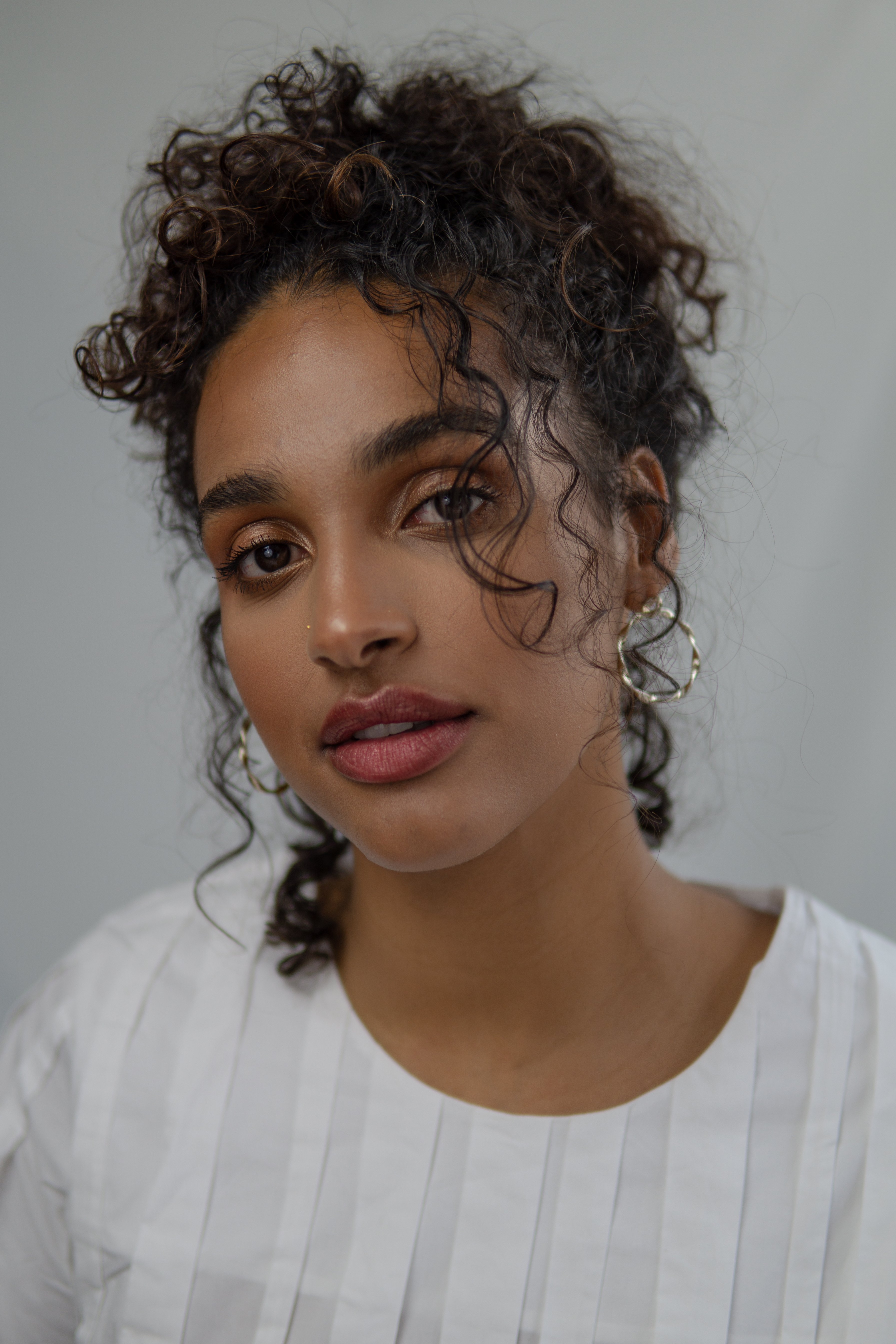 Love, compassion, patience, understanding – these are all things that still influence my writing as mentioned in my EP. I feel so lucky to be intimately exposed to two contrasting cultures and I believe it helps me relate to people on a genuine emotional level and for me that’s what song writing is about. Expressing yourself in a way that relates to completely different people. Those are my favourite kind of songwriters and that’s what I’m trying to do!

There is a wonderful power in ownership especially when it comes to music and art. Self releasing isn’t easy but the pay off is so worth it. No person or label is going to take the risks that you will for yourself.

I’m still learning and making mistakes. I didn’t even tell anyone Better Dream was coming out. I was so scared the link wouldn’t work or something would go wrong I just waited till it was up! 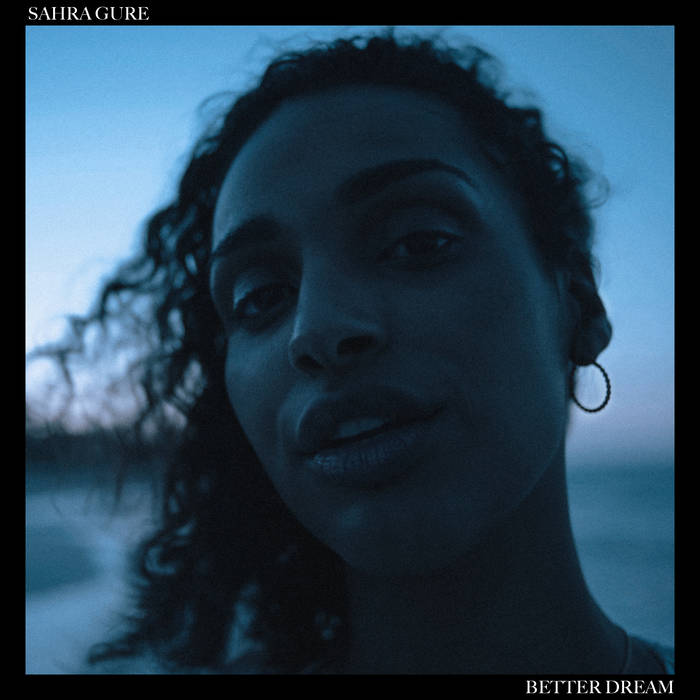 But I’m so blessed to have people like Nubya Garcia, Alanna Henry (at Brownswood) and Kishon Kahn who have guided me and reassured me step by step. Again it’s that community of creatives, it really does take a village.

We had a very musical house… not musicians, but my grandma sings, my dad sings, my mum plays some piano and we were always encouraged to play music and allowed to pick an instrument.

I think strings in general are so powerful and emotive I’m still drawn to them. My grandma’s brother played violin and passed away in the Second World War, so she loved the violin and my godmother’s daughter played. 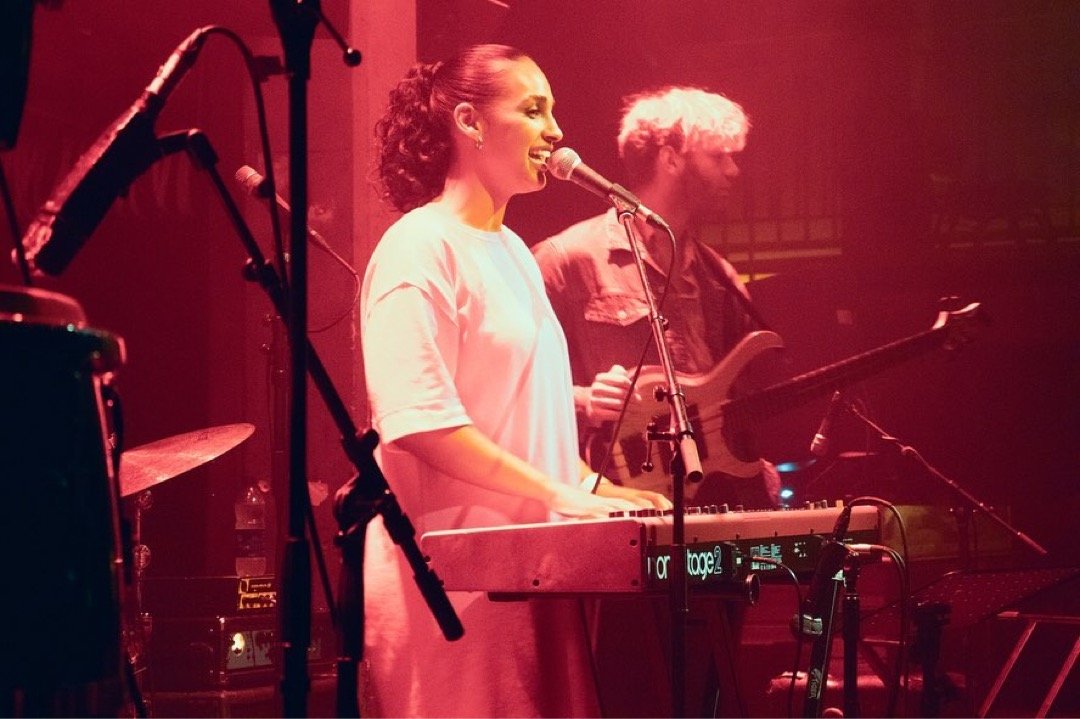 I didn’t have a sister so I always wanted to do whatever the older girls were doing, so when I was asked what I wanted to play I chose violin. I was really lucky my mum supported my musical development in every way she could.

Of course, there are so many things (especially musically) but I think the most important thing I’ve learnt is about leadership and community.

In London I have such a strong network of musical friends and the way we all support each other mentally is such a blessing.

Working with Dele Sosimi I learnt how to build a strong family of musicians. Dele has done an infinite amount of favours for me and always taken care of me in and outside of work. You have to care about the people that work with you. Making music is such an emotional rollercoaster and financially it’s not always easy but I’ve learnt making sure people are fed at rehearsals and gigs and that you’re always transparent with your intentions means you are able to help each other. That’s more important than most things for me.

I wrote each song at a different stage of my life and in many ways I think it was fate that they came together to narrate this story. I can’t say it was a big decision because it wasn’t predetermined and I guess it’s only now that people are so surprised by it that I’ve noticed.

I think it sums me up well. I don’t overthink at all, as soon as I have a story that relates to me, or a feeling, I want to share it.
I love finding out about why artists wrote the music and the stories behind it. Grief to me is fascinating, we go through it so many times in so many different contexts. Why wouldn’t I write about it? It’s such a complex bundle of emotions and really it’s a perfect foundation for a song.

With live shows I’ve always had a concept or a message for each show, so it wasn’t inevitable that that would come out in my recordings. I guess it’s just how I felt at the time. 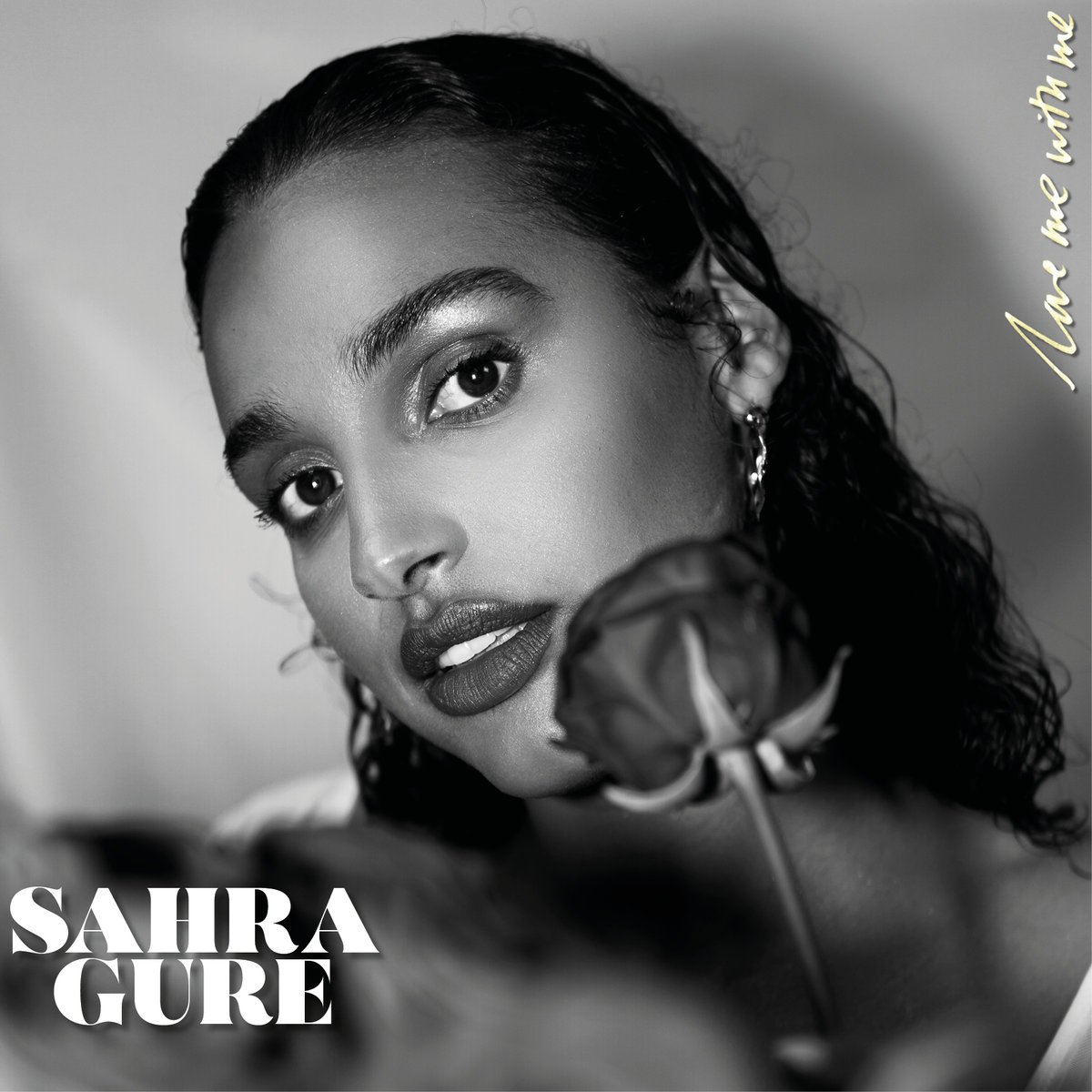 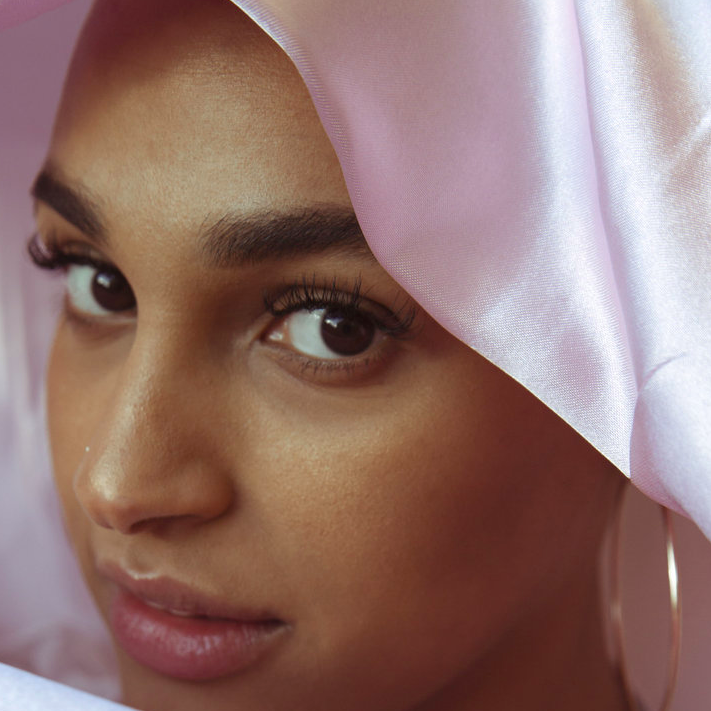 An acoustic version of a track from her recent EP Love Me With Me, recorded at the legendary London studio.