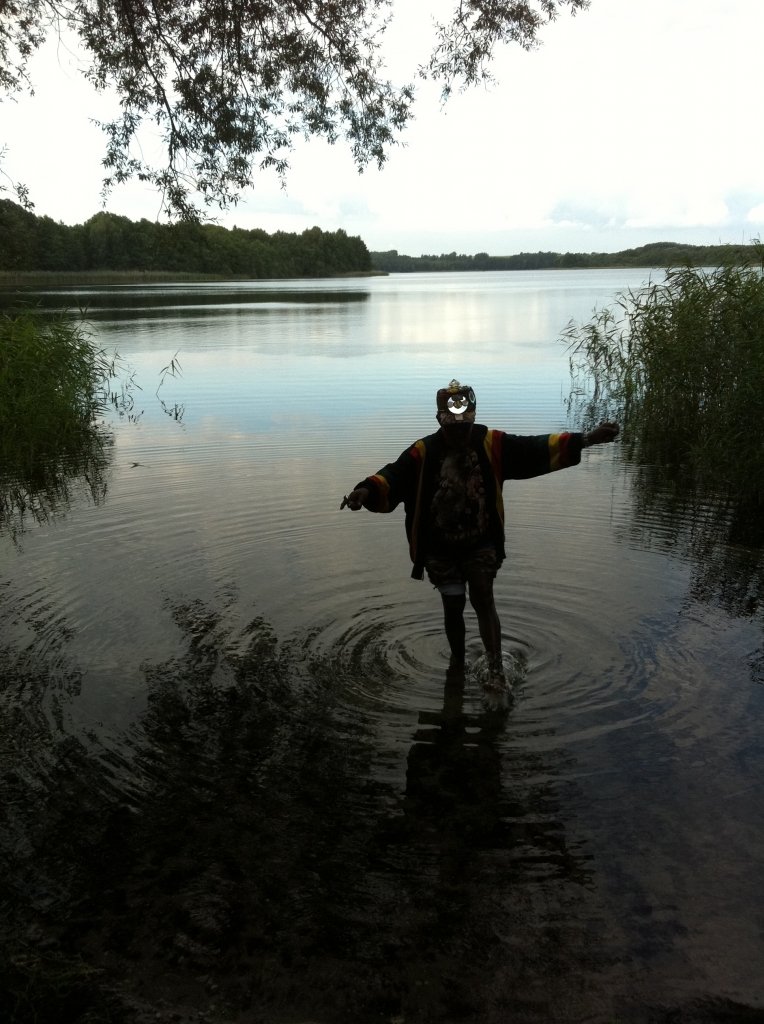 ‘The object of art is not to reproduce reality, but to create a reality of the same intensity’, so said the famous Swiss sculptor Alberto Giacometti, and it’s a sentiment that could very easily be applied to to the diminutive eccentric dub genius that is Lee “Scratch” Perry.

The 76 year old Jamaican-born, Swiss-residing musician is a bonafide legend and one of the most distinctive individuals in reggae and popular music. So when the chance to talk to him arose it was too good an opportunity to pass up.

Alongside the engineer King Tubby, Perry, real name Rainford Hugh Perry, redefined the sound of reggae with Blackboard Jungle (1973). Probably the first real ‘dub’ album, it marked a seminal point in the ‘slowing down’ of Jamaican music, it also presented a very modern music phenomenon; the producer becoming more important than the performer.

Around the same period Perry began producing records for Bob Marley and The Wailers at his own Black Ark studios, this got him international appeal and recognition, particularly in the UK. Yet the success and attention brought Perry a mixed bag; racketeering by gangsters, relationship and record label problems, along with a healthy appetite for alcohol and drugs all contributed towards a meltdown of sorts, and in 1980 he burnt down his beloved Black Ark studio. Various reasons were attributed to torching, and while many suspected them financial, Perry, in typically idiosyncratic style, lay the final blame on having his favourite rubber ball (he collected them) stolen from the mixing desk.

Despite a four year hiatus that followed, The Upsetter has been always been a prolific recorder. The past decade has seen him touring and playing live frequently, be it to the old Camden rocksteadies at the Jazz Cafe or headlining bass and dubstep festivals to wide eyed students across Europe. All the more remarkable considering he would have been eligible for a free bus pass 15 years ago.

Yet Perry comes across as incredibly youthful for his years, possessing a mischievous Peter Pan like aura, albeit a Peter Pan who has smoked a rainforest load of pot.

Undoubtedly this colourful character has contributed towards a cult following. There has been numerous films made about him over the years, with the latest being narrated by ‘big fan’ Benicio Del Toro, while this summer saw him receive Jamaica’s sixth highest honour, the Order of Distinction, Commander class. But it is his exceptional talent as an engineer and producer that makes him so relevant in music today, with a willing line of collaborators that shows no sign of abating. And it is his latest opus, as the sole vocalist on The Orb’s The Orbsever in the Star House,  that is precursor to our encounter. Although the record nods to past glories – album highlight Golden Clouds echoes The Orb’s 1991 classic Little Fluffy Clouds and staggers a little bit with Police and Thieves, a contemporary spin on the classic Perry production for Junior Murvin – it is far from derivative, rather, it is two sets of venerable musicians having fun making spaced out dub music.

Perry has been living in Switzerland for the past few years with two children to his wife Mirelle, and as he was keen to point out; completely clean of drink, drugs and nicotine. It was Mirelle whose number I was given to call and it was her confusing instruction not to tell her husband that I was the “Jingle man from the radio” before giving me another number to call Perry on, that set a trend for the conversation that followed.

Very (sounds like) rinky…I’ve just had something to eat.

You’ve collaborated with a wide range of artists and musicians but what interested you in working with The Orb and why now?

Why not? Everything comes to an end and I wasn’t up to anything much.

Are you a fan of their music? …Seems to drift off speaking to someone in the background and then the line cuts out. So I call back and try a different angle reminding him he’s on loudspeaker.

At the moment this makes sense, because I’m not doing much at the moment. I think I might make up some electronic music from the future.

The phone cuts out for a second time and when I try calling back again it goes straight to a voicemail message. Sensing failure I try calling Mirelle back, helpfully she takes the phone into wherever her musical pioneering and somewhat bonkers husband is sitting, standing, laying or pogoing in the house.

Why did you adopt the ‘Upsetter’ nickname back in the 1970s?

It’s just inside of you then?

It’s what I am and who I am, from the clouds Jah tells me we are upsetters but I am the main upsetter.

When you first came across Bob Marley at Black Ark [LSP’s studio] did you anticipate then that he would become the huge cultural icon he is today?

What did you call him?

Well I think a lot of people would agree he’s a cultural icon.

Bob? Bob Marley?… Says something ineligible and starts giggling, possibly at my expense.

He [Chris Blackwell, then head honcho of Island Records] flew him to London to because he wanted to work with me. This was the plan, this was how The Upsetter plan it.

Continuing on that point, was it always part of the plan to work with artists outside of reggae? You’ve worked with two very influential bands, The Beastie Boys and The Clash, what was that like?

In my country there aren’t too many professionals. There aren’t many scientists or professors what not. My country isn’t perfect.

People aren’t perfect, I cannot copy perfect but they want to copy The Upsetter.

When The Clash manager come to me they didn’t really know what to do or where to go (with their sound) they wanted more. The Clash were looking for mind expansion, with my distortion and my recommendation.

An African witch doctor actually told me to see them, they paid me in lemons so when i found them the ideal man (himself) who distorted the mind. We were looking for the outer limits so I looked for the melody and made it lovely.

And what about the Beastie Boys, was it fun doing a track with them?

Yeah, sure. They put in a special request with me. They love me, there was no negative vibes.

I read somewhere that you are a big comic book fan and that you take a lot of inspiration from the stories into your music, if you could have a superhero power what would it be and why?

Definitely. My name’s not Superman but I have (the) ability of him, the flying spirit. When I want to fly I come out of my body and fly spiritually like a bird (laughs sounding like Muttley from Dastardly and Muttley in Their Flying Machines).

Superman at the moment, in my music and my way I used to use Superman, Batman and Iron Man (powers, possibly).

Even in your seventies you are a prolific live performer, what is it you enjoy so much about playing live?

When I do live I do the finishing touch, it’s me on stage, the original copy when I come out on stage. The first copy comes out and here I am and I here I stand.

Aside from your music you have a very unique sense of fashion, how would you describe your style?

In a lot of your music you always sound really content, what is your secret to staying healthy and happy?

My secret? I stop eating meat, fish, I stop smoking cigarette, I stopped drinking rum, smoke, I stopped nicotine permanently. Cigarettes are completely out of my life.  I levitate my life to God, my father…

So you cleansed yourself?

I levitate I don’t dedicate anything. I lev-i-tat-e (accentuates all the vowels) my life to God and God levitates his life to I, so I do what God will do and I cannot do what God must tell us to do.

There’s nothing I can’t do.

I’ve been bad but I’m on the good side now, I’m a goodie!…I’m live and Bonafide in the magazine

Lee Scratch Perry the upsetting Upsetter, the father and the son of King Solomon of Africa…ha, ha, ha.

This interview first appeared in issue 07 of Bonafide magazine, you can pick up a copy here. 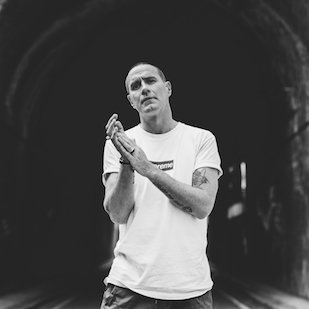 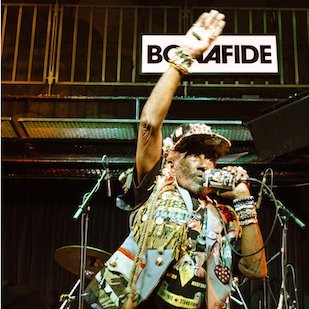 We welcomed The Upsetter himself for a two night stint at our London home, the Jazz Cafe. 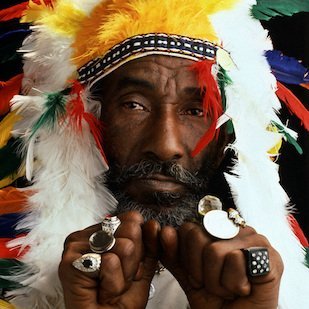 Our residency at the Jazz Cafe continues with the legendary Lee 'Scratch' Perry on Sunday 9th and Monday 10th October.