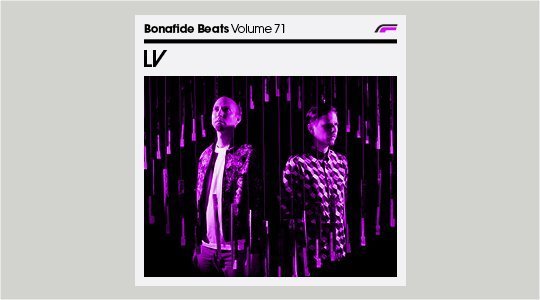 A mainstay on two of the UK’s most progressive bass labels Keysound and Hyperdub, LV’s music has always burst with rays of African sunshine, specifically kwaito, a strain of vocal-led house music that was borne out of Johannesburg in the 90s.

Last year’s Adventures with Josh Idehen showed them to still be at the peak of their funky powers, and their worldly sounds have since found the perfect home on Gilles Peterson’s Brownswood Recordings, where the London-based duo have produced a new record with Armenian jazz pianist Tigran Hammasyan, entitled Ancient Mechanisms, released this Friday.

LV and Hammasyan first collaborated for Peterson’s Maida Vale sessions, which resulted in an award at the 2014 Worldwide ceremony, and the first single from their forthcoming album, Jump And Reach, is now streaming online.

As Will from LV explains: “I made the mix from some of the music that’s currently upping my mood while I struggle through the pissing London rain. It’s like a who’s who of what’s on my iPhone at the moment. A snapshot, if you will, of where my head is and where my ears are. From West Africa to Italy to the UK and America, if nothing else, it proves that loads of different sounds can be mashed together in a glorious melange of incoherent beatscapes and melodies. As Timmy Thomas didn’t quite put it, ‘why can’t we all just smash out a DJ set together?”

Ancient Mechanisms comes out on Brownswood this Friday. Pre-order is available here