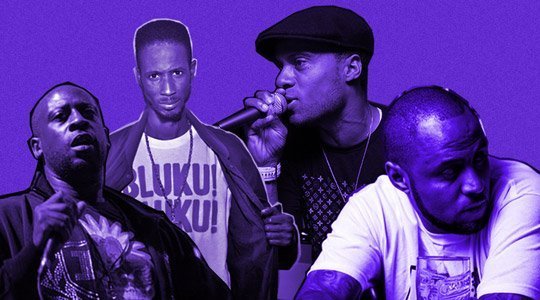 The various sub-genres and subcultures within dance music, vary wildly in the esteem in which they hold the MC. The MC is considered part of the furniture in grime and jungle, but is either absent or even belittled in other scenes. The MC has an existential crisis in dance music that is absent from their central role in hip-hop, with much of the dance music audience questioning their entire existence, or at least posing the question, ‘what are they for?” In more exalted circles, the MC has an almost Reithian prerogative to inform, educate and entertain the dance. Even though it is the DJ who is considered the ‘teacher’ taking the faithful on a ‘journey’ it is the MC who holds the torch and acts as a guide. In more functional language, we can consider the MC in the dance to be the bridge between the DJ and the audience, the instigator of rewinds, shout-outs, and all-round arbiter of the dance. To MC is an art form to the extent that the talent and function value of MC’s in dance music runs the gamut from the well-hosted elevation of what could have just been faceless, instrumental music to coked-up goons exhorting the crowd to ‘make some noise’ every ten seconds.

Piss-poor MC’s draw the ire of many club-goers, often to the point where they hunt out nights that advertise themselves as ‘no MC’s’. On dubstep and d’n’b forms, younger heads who decry noisy MC’s shouting over every mix, are slapped down by their elders reminding them of the tradition of MC culture in the music. A common sentiment amongst many d’n’b fans is that they ‘usually hate MC’s’ except MC Conrad, whose sensitive, conciliatory and melodic hosting of LTJ Bukem’s sets appeals to a broader church than most MC’s in the scene. Indeed, MC DRS was also aware of this to the point where he released a solo album called I Don’t Usually Like MC’s, But…

The MC is synonymous with jungle, grime and dubstep, but is almost absent in house and techno. It is my contention that the reason why this is the case is not to do with any genre’s purely sonic level of similarity with hip-hop, but more to do with the culture and geography that is tied up with different dance music genres. It is hard not to note that MC culture is more present in those genres of music which originated from the UK, and that these genres vary wildly in tempo and style, and is not so much present in the US, and especially not in Europe. The most intriguing feature is the almost complete absence of MC’s from house and techno events. Indeed, one is more likely to see a straight pride rally in Berghain/Panorama on a Saturday/Sunday night than an MC hosting.

House and techno music, while now revered in Europe, largely originated in the US, its birthing taking place in a similar time and in similar cities as hip-hop, and for a while, hip-house, who while not quite sharing a stage, were at least on speaking terms. House music did not start as ‘tracky’ as it is regarded today, and much of the vocal delivery in early house tracks such as Phuture’s Your Only Friend and Sleazy D’s I Lost Control take no vocal cues whatsoever from the more heralded progenitors of house music such, such as Salsoul and Philly disco, but from more traditional hip-hop precursors such as Gil-Scott Heron and Grandmaster Flash. KC Flightt’s Planet E and The Jungle Brothers’ I’ll House You displayed what was though of at the time as an early cross-pollination of hip-hop and house, but in fact was almost the final word in the crossover between the two genres. The phasing out of vocals almost altogether from house and techno is more of an inheritance from the more Eurocentric Detroit tradition, which was not so concerned with the need for vocals, but there as evident cultural divide that developed between four-to-the-floor dance music and hip-hop.

A line was drawn in the sand between the burgeoning hip-hop and house music cultures by Chuck D’s assertion that house music was ‘de-politicised’ and ‘de-blacked black music’. It did not take that long for white and black America alike to develop the association (as with disco) that house music was an inauthentic, unmanly, and sexually deviant subculture, hence limiting house music’s appeal. DJ’s and MC’s wished to avoid being as allying themselves with what was commonly regarded as a gay phenomena. American house jocks such as DJ Sneak and Armand Van Helden drew a nod and a wink from Simon Reynolds in Energy Flash over their macho dress sense and braggadocio, which in pop psychology terms, could be interpreted as an over-compensating attempt to distance themselves from any accusations of deviation from heterosexual norms. This seemingly irreconcilable parting of the ways between “real, authentic, street-level” US hip-hop culture and the “fake, glossy, faggy” house music culture helped to kill-off the previous hook-ups between hip/MC culture and house music. The MC in dance music promptly then got onto a plane and went to the UK to ply their trade. And as is the pattern with UK dance music culture from reggae to grime, in transit, the MC took a long stopover in Jamaica.

UK dance music did not have this crisis of authenticity that afflicted US music. The feature of MC’s chatting over records in the UK was not a new development in house or rave culture, it was already there thanks to the long establishment of UK reggae soundsystem culture. Even today, soundsystems like Channel One and Aba Shanti-I still continue on an unmixed, one-record-on, one-record off basis with chatter and exhortations to Jah in between and during the tunes. And in the typically magpie approach of UK music sub-cultures, this tradition found continuity in music designed for dancing spaces that sonically had next to nothing in common with reggae. MC’s crossing the floor to from reggae/hi-hop events in the UK to hardcore and jungle was one hell of a stylistic leap.

Nevertheless, even in UK music scenes where MC hosting was as integral to the culture as the dubplate and the rewind (also hand-me-downs from Jamaican soundsystem culture), there developed a growing ambivalence to the use of the MC. In jungle and d’n’b, as the formerly more ragga-influence started to be superseded by what was known as more ‘intelligent’ d’n’b (as represented by Goldie, Photek), there emerged a desire to cast the MC either aside entirely, or play down their formerly pivotal role. The Blue Note sessions at Hoxton in the late 1990’s run by Metalheadz aimed to provide a more heads-down style dance. MC’s, where employed, were given minor hosting duties, and dissuaded from the boisterous, patois-ridden bluster of typical jungle MCs. Goldie expressed the growing confidence of the producer at the expense of the MC: “This music has its own body and soul. It doesn’t need an MC to fucking tell us what it is. It speaks for itself.” MC’s in jungle and d’n’b were formerly as omnipresent as ganja and puffa jackets, and while they are still a staple of the culture, it divides producers, DJ’s and dancers alike as to their function and worth.

The MC’s though were to wreck their revenge in UK dance music through the growth of grime, whereby tracks were made specifically with the MC in mind. Grime tracks were designed for quick cutting and mixing, without drawn-out intros or outros, and typically lasting 3-4 mins, rather than the 7-8 min tracks in jungle and d’n’b. Grime placed the MC, formerly only on hosting duties at a dance, at the forefront, not just in the dance, but also on the vinyl itself. Still, a divide arose from the break-off of dubstep from grime. And while dubstep still retained the MC, chatter and bluster was kept to a minimum, often eschewing rhyming altogether. A noteworthy example is Sgt Poke’s non-rapping surreal chatter, analysed extensively by Blackdown on his Soundboy blog from the recording of a Mala/Loefah set at FWD. But as dubstep ran out of much of its initial steam, and many producers and DJs (Pinch, Ben UFO, Pearson Sound) switched from the 140bpm stomp of UK-centric dubstep to left-of-centre house and techno, the MC left the turntable and the stage.

Where next for MC’s in dance music? Overall, it is unlikely that MC culture will find its way into the internationally diffused scenes of house and techno, but will retain its primacy in smaller, geographically concentrated scenes, where the club and the radio show, rather than internet, provides the breeding ground for new music scenes. The rise of online DJ streaming on Boiler Room encapsulates this pattern in microcosm. Having shifted from a more MC-led, UK-centric content at the outset to a more international content, the hosting is now kept to a minimum on streams, as it crosses borders, tastes, linguistic barriers and niche sub-genres such as dubstep and bass music that defined its early broadcasts. Still, Jamaican soundsystem culture, with its traditions of the MC, the rewind, and the dubplate, continues to cast its long shadow over much of UK dance music culture. And somewhere, any new UK dance music scene germinating in a dark subterreanean basement, is still likely to find space on the mic for the MC. 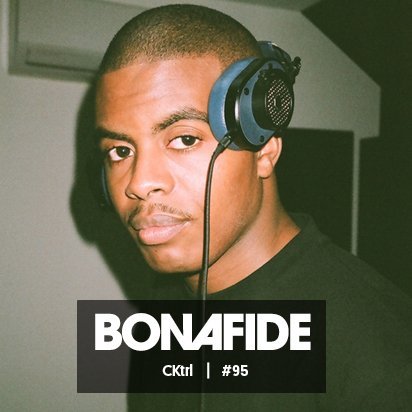 The south London producer comes through with an eclectic selection of hip shakers.