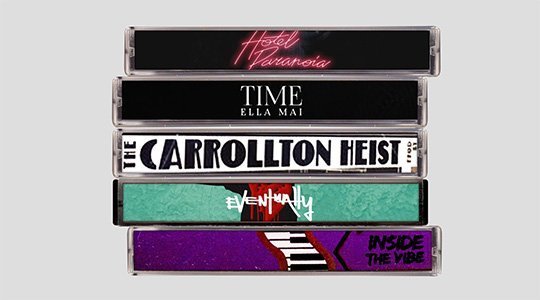 The rap world revolves at such a sickening pace, the rate at which new records are dropped is sure to turn even the most tough livered of listeners’ stomachs. Simply staying abreast of your favourite artists’ latest releases can be migraine-inducing, thanks in no small part to the internet – it being the weird, wild and heady place that it is; a loud, mad boom-box constantly blaring shiny new songs. We over here at Bonafide are all too happy to don our scrubs and white coats to fulfil our doctorly duties, abiding to the hip-hop take on the Hippocratic oath to prescribe a little something something for the pain.

Mic Check, our monthly round-up of the most notable and noteworthy mixtapes and free releases racking up the clicks, views and best reviews, is our antidote to all your suffering. Lay back, relax and cool out as we hook up a time- (if not life-) saving drip to your music-loving veins, ensuring you’re fighting fit and in tip-top shape as far as the latest cuts are concerned.This, ladies and gentlemen, is Mic Check. 1, 2. 1, 2. 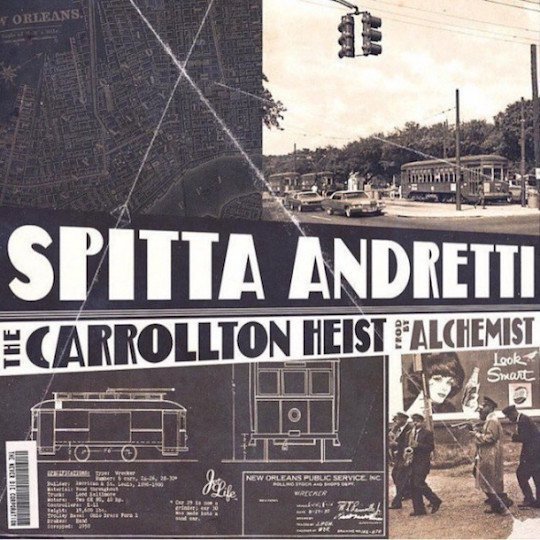 Curren$y & Alchemist – The Carrollton Heist
The follow up to last month’s The Owners Manual, The Carrollton Heist showcases Curren$y’s skills as one of rap’s finest auteurs, zooming in on his talent for framing his thoughts and reflections in the most striking and vivid of bars. Produced in its entirety by frequent collaborator, The Alchemist, and co-starring the likes of Styles P, Lil’ Wayne and Action Bronson, Heist plays like a slow-burning film noir screened at a drive-in theatre; providing plenty of cool, atmospheric entertainment.

Cliquing up to the delight of their fans following the success of 2011’s Covert Coup, the dynamic duo’s latest project delves into genre filmmaking territory, weaving the suspenseful story of a dramatic heist all throughout the tape – the result being an interesting, 11-song crime caper of a concept record. It oozes charisma, and is brimming with the kind of smooth, soulful cuts you might find on Willie Hutch’s The Mack soundtrack; jazzy joints like Vibrations and Smoking In The Rain lacing listeners with some easygoing music to chill to.

Tracks like Disappearing Ink, Fat Albert and the aforementioned Black Stripes show off Curren$y’s knack for making movies of his music; an emcee who operates the mic like a camera. Carrollton Heist confirms he is hip-hop’s director of photography – Roger Deakins in a Pelicans snapback and J’s.

Listen to The Carrollton Heist here 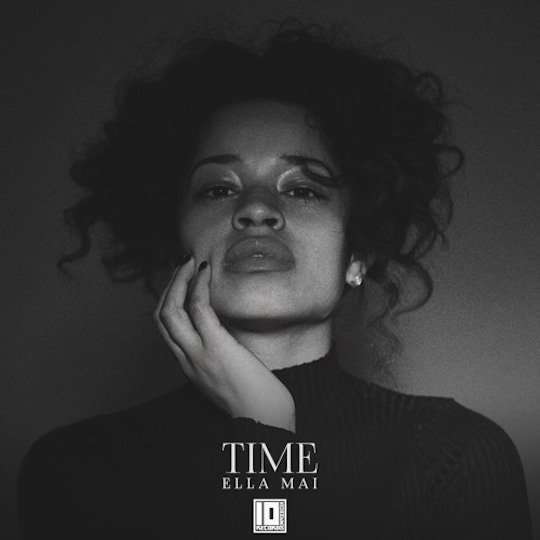 Ella Mai – Time
Love songs for the jaded, the tracks featured on young Ella Mai’s Time EP delight in their sadness; revelling in the pain and anguish of relationships turned sour. Sung with cool, stoic detachment, every one of the six songs featured on the EP is deceptively upbeat and catchy – optimistic, in spite of themselves and their subject matter. They bristle with a quiet, fiery aggression kindled by two-timing boyfriends and bad break-ups; lighting up our ears with moody anthems to lick our wounds and dance to.

At the tender age of 21, the prodigiously gifted Mai sings her beautiful world-weary songs with a worldly indifference belying her years. Her voice aches black and blue with the bruises and emotion of a beat soul. Strumming her sadness like a guitar, she sounds like a musician who performs with nothing but her heartache for an instrument; the love pangs of her broken heart an insistent drum line on every song.

Signed to DJ Mustard’s 10 Summers imprint, Mai – the beautiful South Londoner – grew up in Mitcham idolising the likes of Lauryn Hill and Chris Brown. Listening to Time, you can hear Hill’s influence on the newcomer, the naked intimacy of her best songs called to mind by the EP’s standout tracks.

Her honesty is a consistent theme throughout the record, her heart worn on her sleeve on moving, visceral numbers like A Thousand Times. Sexy and brazen, Mai is unabashed about her feelings, holding up her vulnerability like a shield. With smooth bangers like Switch Sider and She Don’t, there is a cathartic quality to much of Time, the EP’s general attitude of defiance painting a picture of a woman determined not to let her hurts get the best of her. 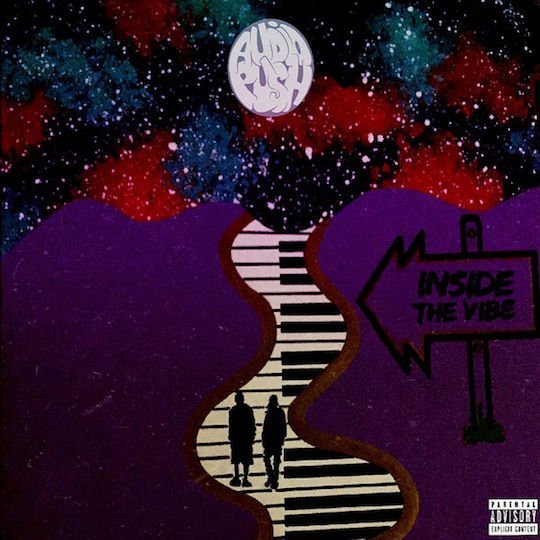 Audio Push – Inside the Vibe
The latest offering from Inland Empire duo, Audio Push, goes down like a sedative. The Cali twosome’s new EP inducing a sleep-like calm so soothing you’re left with little choice but to shut your eyes to the world and drift off on one of the record’s relaxing songs; floating aimlessly to a quiet daydreamy place where stress and worry don’t exist.

Having released a couple of mixtapes last year, the two-man group have cooked up an inviting appetiser in the shape of Inside The Vibe, serving some of their signature goodness to sate fans hungry for their first ever full-length studio album.

Setting about producing some chilled, laid-back grooves for hip-hop heads to cool out to, Oktane and Price have successfully crafted a charming, entertaining record easy on the ear with affable, ebullient songs. With a little help from beat-makers, Coryayo and HazeBanga, the West Coast duo have created a sound they’ve christened “everyday music” – the kind of jams you put your feet up to.

Listen to Inside the Vibe here 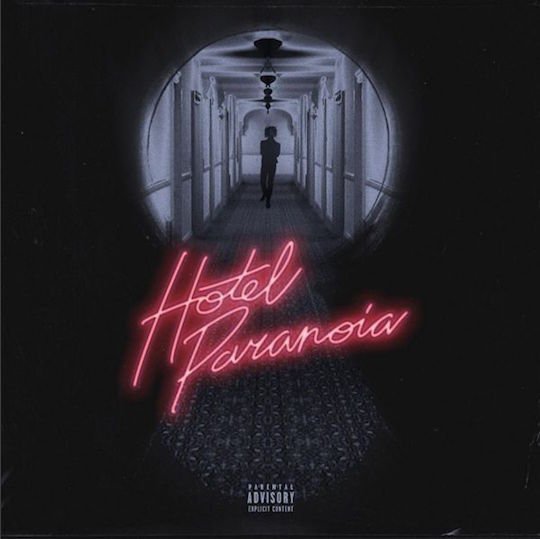 Jazz Cartier – Hotel Paranoia
Building on the success of artists like Saukrates, Mad Child and Kardinal Offishall, Drake has well and truly shattered the glass ceiling for Canadian acts, inspiring other gifted rappers to follow in his footsteps in search of crossover success. Jazz Cartier might just be next up.

Cartier recently unveiled his latest effort, Hotel Paranoia; kicking off his new year in style. 16-songs long, Paranoia booms with bangers, turn up tracks and anthems to get lit to; showing off the full range of his repertoire. The new record finds Cartier flexing his muscles, showing off his sharper song-writing and calling attention to an increasingly sensitive ear even more attuned to an idiosyncratic brand of music-making.

With long-time partners Michael Lantz and River Tiber behind the boards, Cartier takes to the studio like a man on fire, dropping nothing but heat on aggressive, fist-pumping bangers like Talk Of The Town, Opera and 100 Roses. An impressive second outing, Paranoia is a theatrical collection of thumping anthems and hypnotic trap ditties; a dope mixtape spotlighting yet another Canuck who can handle a mic. 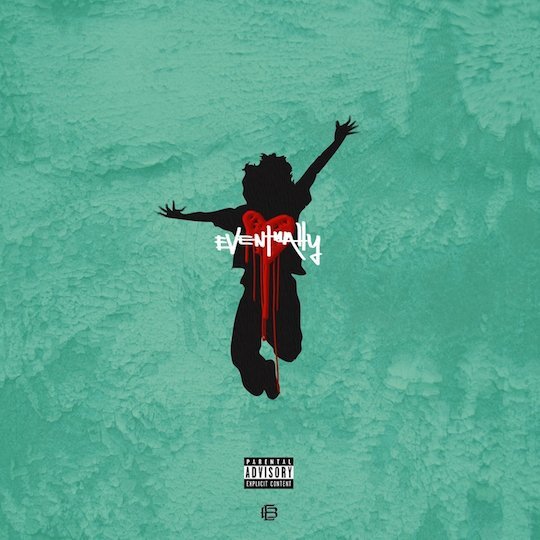 Eric Bellinger – Eventually
Coming through with a valentine’s gift of an EP, LA singer-songwriter, Eric Bellinger, provides some welcome tender loving care and romance in the shape of Eventually – a smooth nine-song treat of sweet nothings catering to the love-struck and lovelorn alike.

Having written and produced hits for the likes of Trey Songz, Tank and Elijah Blake; released three studio albums and taken home a Grammy, Bellinger is one of the hardest working crooners in entertainment, serenading fans with slow jam after slow jam.

Short and sweet, Eventually comprises of a few ballads, some radio-friendly fare and several grown and sexy tracks to enliven any date night. Upbeat in places, at times understated, and all in all seductive and alluring, this is dim-the-lights music; fun, racy R&B to groove to, among other things. 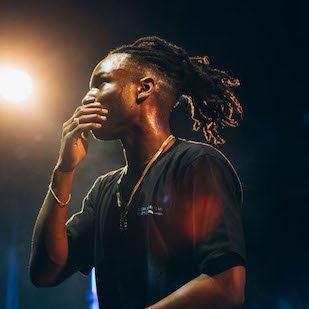 The young rapper certainly made his presence felt in north London. 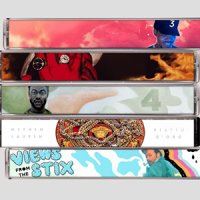 Mic Check, our monthly round-up of the most notable and noteworthy mixtapes and free releases racking up the clicks, views and best reviews, is our antidote to all your suffering.