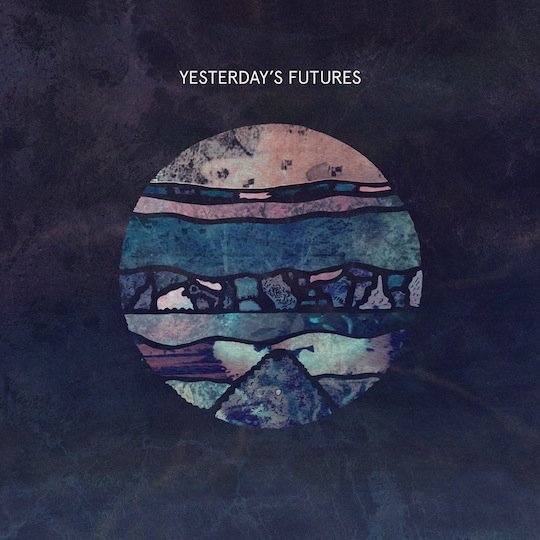 There’s a lot to say about Mr Key‘s first solo album. It’s the kind of release that makes you think that a lot of mumbo jumbo should be written about it, that it should be covered in frilly adjectives and dissected to the point that it joins the ranks of high art and alien carcasses, but this would still be doing it a massive injustice.

The debut from Mr Key had almost become an apocryphal tale among UK heads. If you’re familiar with him it’s probably as one fifth of the Contact Play gang, known for his dexterity as an off the dome bullshit artist. Key’s solo debut has been highly anticipated despite few knowing what tone it would take, or if it would ever actually happen. Given his history of forming the kind of lyrics that satisfy rather than sustain, some might have been expecting a slap happy romp of a release. They couldn’t have been any further from the truth.

Yesterday’s Futures is essentially a personality made audible. It’s a history, an existence and a statement of intent. Every bar is an unembellished, honest and unashamed. There’s a distinct lack of ego. While clearly intensely personal, it’s hard to escape the simply phrased universalities that run through it.

The thoughtfulness of the sonic landscapes that the indefinable Mr Greenwood Sharps paints feel effortless. His production style displays a James Blake-like attention to the beauty of detail, coupled with an incisive understanding of mood. Following the theme of time passing, the production is laden with sounds that mirror the ticking of clock hands and the jarring result when this progression is interrupted. It’s also one of those rare hip-hop releases in which neither the lyrics nor beats take centre stage or outshine each other. They fit with perfect symbiosis and mutual respect. In a world where the increasing trend is dropboxing bars halfway across the globe to be laid over a beat, the affect is resounding.

Features are limited to the other four Contact Play members, each with a verse that displays their distinctive approaches and growth as artists over the last few years. Rumour has it that once all five members have released at least one solo project, that the second full Contact Play album would emerge. Judging from what’s on display here it’s going to be something explosive.

It’s obvious that Mr Key has been sitting on some of the content for this album for a long time. Indeed, you can hear stray lines from his back catalogue that have been fleshed out, given body by Greenwood Sharps’ calming yet almost agonizingly precise backing. To call Yesterday’s Futures experimental is cheap; with their first attempt this rapper and producer collaboration have found a formula that moves past UK hip-hop conventions and instead speaks to listeners as a human beings rather than subscribers to a scene.