Dillon Cooper, who was recently featured in our Introducing series, has continued to build on his early promise with the release of his debut mixtape Cozmik, which features a brilliant interpretation of Outkast’s classic Ms Jackson. Available for a free download here, Cozmik features beats from a host of up and coming US producers, with a style that is reminiscent of hip-hop’s Golden Era. Check the video to Kung Foo and stream the mixtape below. 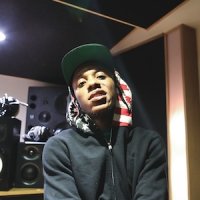