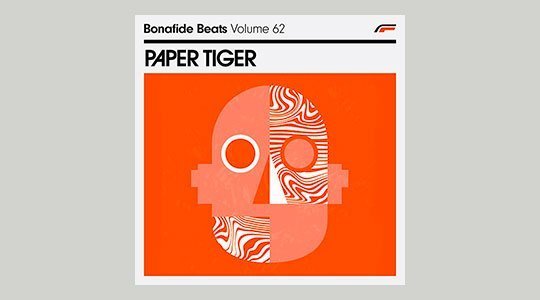 Our first Bonafide Beats mix of 2015 comes courtesy of Leeds outfit Paper Tiger. We spoke to them prior to Christmas and asked them a few questions and to put together a mix of their favourite musical bits of 2014. Their selections include tracks by some of our favourite artists such as Kidkanevil, Run The Jewels, Paul White and Homeboy Sandman, some brilliantly named tracks including Milo’s memorable and psychedelic sounding Fragrant Pee Farts and plus a couple of cuts from their own, excellent Sultan Ant Pop remix album.

Where does the name Paper Tiger come from and does it have any hidden meaning?

It’s an old Chinese phrase – Wikipedia will fill you in. To be honest, if we’d known we were going to get asked about it so much we’d have probably picked something else! Also there are loads of other acts out there that share the name, which is annoying. Too late to change it now though!

Describe what’s Paper Tiger sound for anyone unaware of your work and which track/album do you think acts as a calling card for your work?

We’ve worked quite hard to make music which is difficult to categorise, but obviously that makes describing it a bit of a challenge. We’re influenced by hip-hop, jazz and the whole spectrum of electronic music, but we place great emphasis on the live aspect of what we do – we were all musicians before we knew how to produce music with computers, so that has a big impact on the sound. I guess Laptop Suntan, our debut album released in 2013, is probably the best place to start, as well as the Sonic Boom Head Zoom live mixtapes. We’ve released several EPs and singles though, so worth exploring our Bandcamp page. Beats of all shapes and sizes, and sometimes there’s rapping or singing. Mainly rapping though.

What’s been the highlight of 2014 for the band?

We released a remix record, Sultan Ant Pop, in September, which turned out great – we managed to get remixes from some of our favourite producers as well as contributing our own versions too. Other than that, we did some great live shows with Quantic and Nightmares On Wax – both of them were a big influence on us starting out so that was a real pleasure. Also getting positive feedback from musicians who we admire is always nice and 2014 has had its fair share of that too.

And musically, aside from your own music, what do you think the highpoint has been this year (either a single, album, live act etc)

As lifelong fans of both Killer Mike and El-P, seeing Run The Jewels blow up has been bizarre and amazing. Hip-hop generally is as exciting as it’s ever been – elsewhere, have a listen to the mix to check out some of our favourite stuff from this year.

The artwork for the releases around Laptop Suntan is excellent, what’s the story behind it?

Maciej, the artist, is responsible for all of the art direction for our label Wah Wah 45s. We discussed the general concepts behind it and he came up with some drafts, then we took it from there. We wanted it to be bright and bold with some sort of technological/robot theme, but not too dark. We’re chuffed with how it all turned out though, there’s even a t-shirt!

You’re based in Leeds, acting as city ambassadors what spots should people check out these days?

Leeds is a great city – it’s small, but there’s plenty of stuff to do. Hi-Fi Club and Wire are cool venues with good booking policies. Jumbo Records is the best record shop and Hyde Park Picture House is a lovely 100-year old independent cinema. There also seems to be a ridiculous amount of good places to eat at the moment…

With the current passion for cassettes out of CD, MP3, vinyl or tape what is your format of choice and why?

It’s always satisfying to have your music released on vinyl as it’s definitely the most aesthetically-pleasing format- having said that, I’m firmly of the opinion that it’s not the format that counts, but the music itself. If it sounds good, who cares?

Yes, but nothing we can really announce yet. Keep an eye on our website/Facebook/Twitter etc etc. 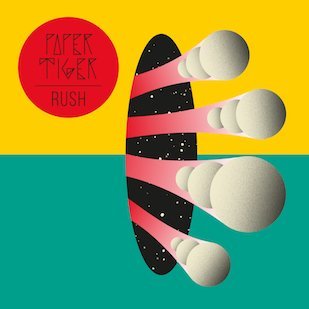 Watch the animated MC navigate the real streets of London.