We last heard from Bristol’s Boca 45, aka Scott Hendy, when he released semi-biographical album Forty-Five on Mass Appeal last year. One of the country’s most in-demand DJs, Boca’s production brain is dancefloor-centred and layered with breaks, funk, heavy soul and psych. Having bared his soul for that personal take, he’s diving into 2020 with an exciting new project, particularly for vinyl heads. 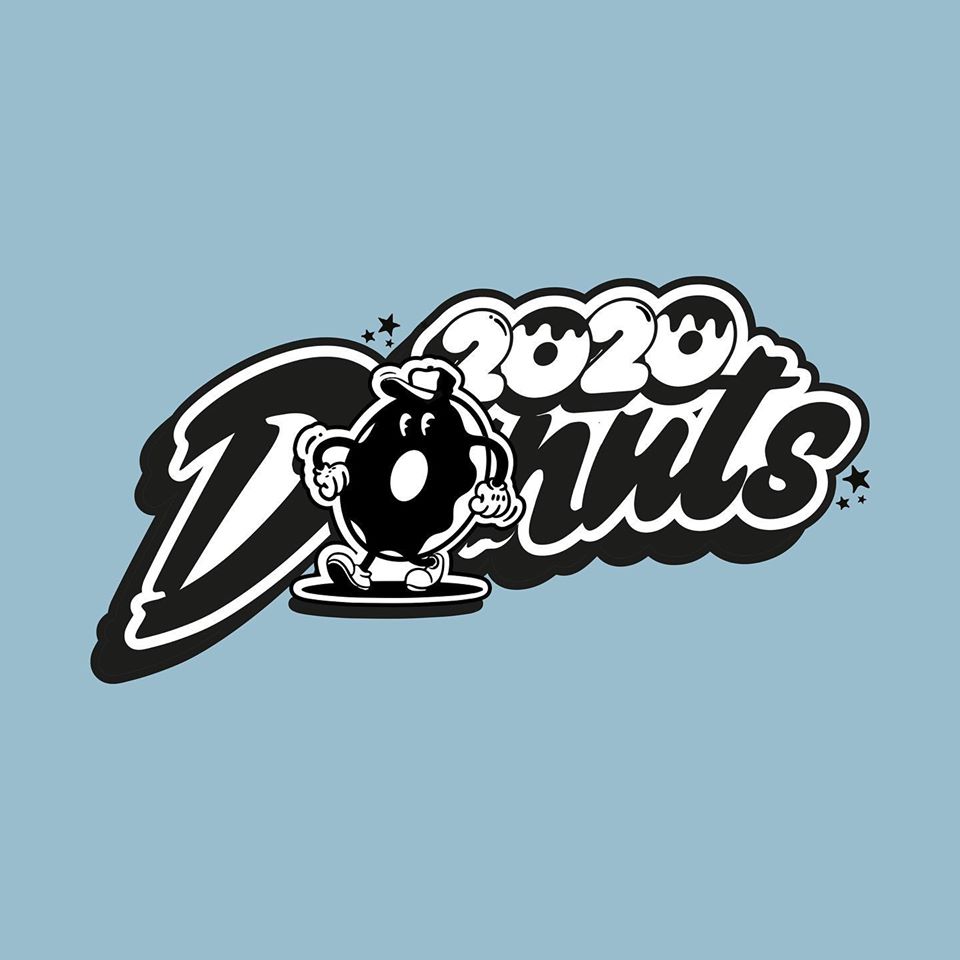 Aptly named for the month in which Dilla is fondly remembered, Scott launches the new project on 1st February: 2020 Donuts. Five limited edition, coloured vinyl 45s (only 300 of each, hand stamped and numbered) will be released over the year, with the aim of compiling the tracks into an album come the end of the year.

The first, premiered below, features UK soul powerhouse Hannah Williams, who found international recognition after being sampled in a big way on Jay Z‘s Grammy-nominated 4:44. The single, Powerful, was chosen for its hard hitting message and musicality as a statement of intent to kick off the series. 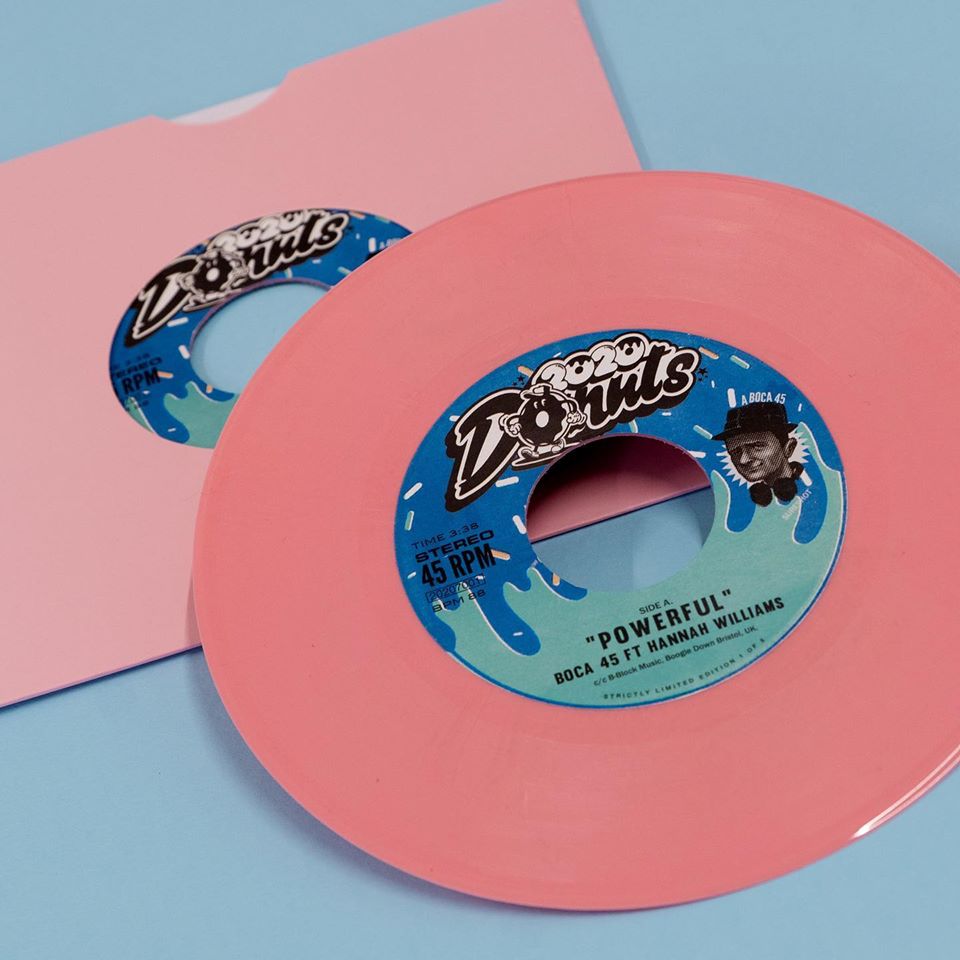 Design for the series comes from Bristol’s Hey What? crew

Scott was kind enough to send over a message about the genesis of the release:

When I was initially working on Powerful, it had a double time signature going on between the drums and percussion, then the horns made it feel like a ‘call to arms’ of sorts and mega immediate!

The working title for the demo was No Borders – I wired the track to Hannah with that working track name. Hannah had been watching the news and Trump was talking his nonsense about building walls or whatever other rubbish he was talking that day and she proceeded to write the lyrics based on how the political landscape is on both sides of the Atlantic, and how it makes her feel as a woman in 2020.

Once the track had been completed, it was around the time of the general election last December. I had mentally logged the image of The Kiss which was painted by my friends The Paintsmiths, around the time of the referendum in Stokes Croft in Bristol, and felt it would be the perfect image to run alongside the video. 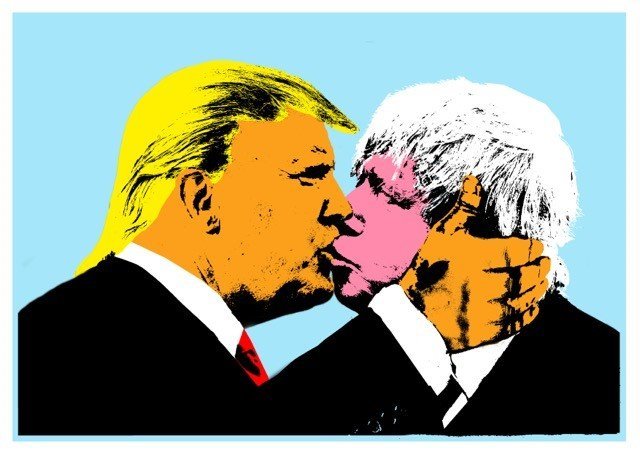 The Kiss Of Death, Felix ‘FLX’ Braun and Jack Dones (aka Paintsmiths)

In a weird way we were all hoping that the image wouldn’t be applicable (that Boris wouldn’t win by a landslide) but that nightmare was realised, so the image stuck unfortunately!

Both Hannah and I are very proud of the track and we’re pleased to at least have made our feelings heard on a piece of music.

This video is the only way you’ll be able to hear the track for the time being (the single isn’t available on any digital or streaming platforms) unless you’re lucky enough to cop one of the 2020 Donuts #1 on Feb 1st via the 2020 Donuts Big Cartel Store.

I hope you all enjoy it,

Big Love From Boogie Down Bristol,

The AA side of the single is Sparky Evans, vintage Boca 45 jump up hip hop vibes specifically made to combat winter blues.

The choice to stay with wax is a deliberate one. “With music streaming things can get lost and slip through the net, but I like to think that people still appreciate tangible vinyl releases and the fact that each one of these Donuts are limited strictly to 300 copies, and numbered, hopefully make them extra special.

“As with all of my collaborations in the past it has to be an organic collaborative process of working with likeminded vocalists and musicians, where there’s a mutual respect for each other’s art and all parties want the best for the track or project. It’s a quick follow on from the Forty Five LP for me, but I feel I’m moving in slightly different musical territories for Boca and some tracks have a strong message in these political testing times, but as always with one ear (and eye) fully on the dance floor for the Disc Jocks!” 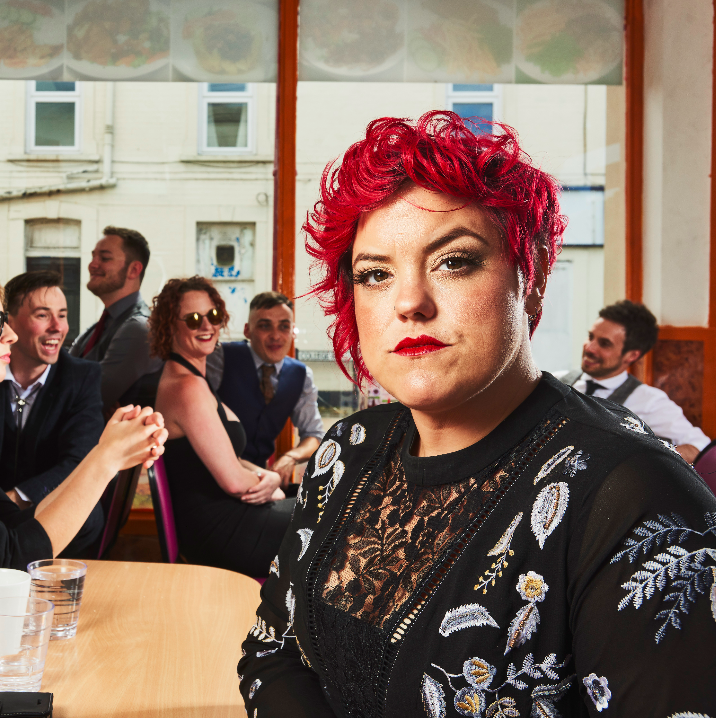 Nick discusses the band's follow up to the Jay-Z sampled Late Nights & Heartbreak.