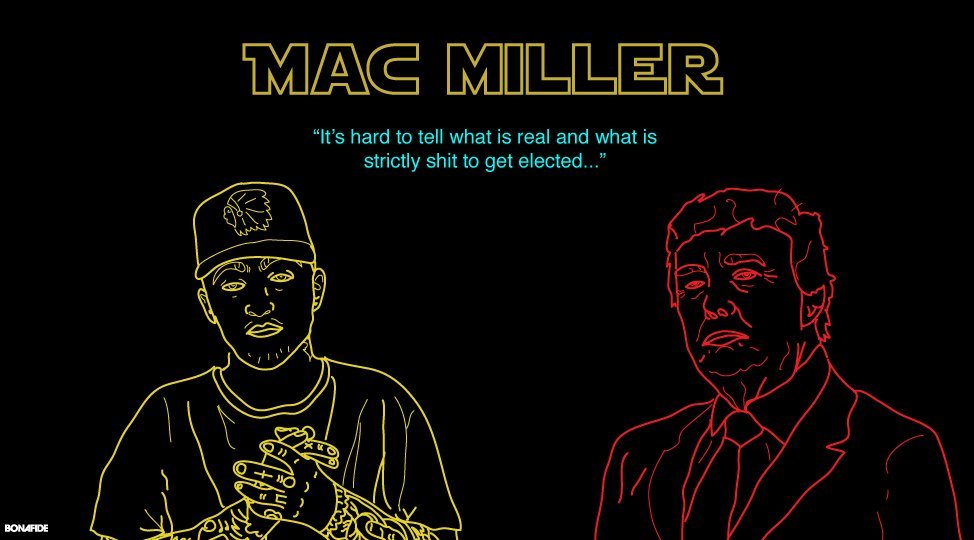 Mac Miller’s career arc could be easily confused with that of somebody who isn’t just 24. In six years Mac has run the gamut of hometown underdog hero, next-up blog darling, mainstream sell out, drug addict and #clean-living optimist. This journey started in Pittsburgh, Pennsylvania where Malcolm McCormick made a name for himself through slacker lyrics rapped over old-school hip-hop production. Riding off his YouTube hype, Mac released his 2012 debut Blue Slide Park, an LP that was the first independently distributed album to top the Billboard 200 in 17 years.

Collaborating with Ariana Grande and then being granted his own reality TV show on MTV henceforth propelled him into the mainstream public eye and, eventually, plummeting into heavy drug use. His following projects Watching TV with the Lights Off and Faces were consequently darker releases dealing with depression, addiction and the treacherous trappings of fame. After a noticeable absence Mac reemerged, like the phoenix from the flames, with all the wisdom of a star far beyond his years for the sunny offering Good:Am. Now, brandishing a $10 million deal with Warner Bros, new management, a new home and shortly before the release of his latest opus — The Divine Feminine, a surprising concept record that may be the most accomplished of his career — Mac put some quality time aside to speak to Bonafide.

Hi Mac. So where are you in the world right now?

Is that your new home then?

My home is forever and always Pittsburgh, Pennsylvania…but I live here right now.

What have you been up to since the wrapping up your new album The Divine Feminine?

Just fucking moving. Making plans. I have a LOT of stuff in the works, which I’m going to tell you nothing about. I notice I have a really incredible opportunity with this label I have at Warner. I didn’t just get a record deal, I got my own label. A lot of times labels just give you a label deal not expecting anything to happen, but I’m trying to give the world a lot of good music.

I want to talk briefly about your last album, Good: AM. I’ve been a fan of yours ever since K.I.D.S, and that release definitely sounds different tonally, even from your Faces EP. Was that record something of a rebirth for you?

Every project represents a different place in time. So “rebirth” seems a strong word, because who knows what the future holds? November could come around and I could get really depressed again and start making depressing music. My music follows where I am in life, and sometimes it’s the other way around. For example, with Good: Am, when I started making the album, being happy was a goal. It was a journey towards getting back on my feet with myself. It was definitely different as there was a different headspace I wanted to achieve. However, all those other projects are still a part of me…I still have bad days.

For me it felt like a return to the positivity that lay at the foundation of K.I.D.S.

I look at it as the two worlds colliding. People seem to look at Good:Am as this getting sober, happy album which it’s really not. It’s a journey. I wanted some of the nostalgic feeling from my older music, but done in a way that’s truer to me now. It’s the marriage of my old world and my new. It’s, no pun intended, a happy medium.

Since the success of your first album, do you ever feel an allure to make more commercial, pop singles? Obviously you made that track with Ariana Grande which achieved massive success.

I just want it to happen naturally. I’d be lying if I said that it wouldn’t be tight to have a huge song. I’m just not willing to sacrifice my dignity to do it. Neither do I want to sit down with a goal to achieve that. There’s definitely a business side to music, and I enjoy that side. I enjoy money, I enjoy crafting marketing ideas…but when it comes down to the creating process, that is sacred. If a big song happens naturally, then it happens. Like with the Ariana song, I was literally just kicking it with her, and she said “hey, do you wanna’ be on a song?” and so we recorded it. It wasn’t me like “Hey, I wanna’ get on a song with a popstar! Like, that would help me!” The relationship between me and my fans is important; they need to know that everything I do is genuine. They’re never being lied to; they’re never being manipulated. They know where I’m at.

“I enjoy crafting marketing ideas…but when it comes down to the creating process, that is sacred.”

Now you’ve got your own label, presumably you have a whole new level of creative control. Was there ever a time where industry people were trying to make you conform to hip-hop stereotypes to sell records?

Well, what hip-hop stereotypes are you referring to?

No, no, I just naturally smoke weed, get pussy and get money. It comes naturally. No, but the great thing about Warner is that they literally tell me “you do you. If you have a hit song, we’re there to push it and help it be as big as possible, if you want to do some weird artistic shit, do some weird artistic shit.” I wouldn’t be able to work any other way. I can’t guarantee where I will be at creatively tomorrow, so I need a place that gives me the freedom to change my mind.

Do you think your audience has changed over the years, or do you have a consistent fan base?

Whose opinion matters most to you?

My own. At the end of the day, if I can stand by it, I’m good. I think bad reviews only affect you if you’re not sure about it to begin with. If you’re confident with your output, nothing matters. That’s the most important thing.

Moving onto The Divine Feminine. What about your mum? I feel like she’s the protagonist for a lot of your music and your hidden muse.

How old were you first achieved fame?

And you got into an intense party lifestyle that you’ve moved away from now. What wisdom would you pass down to people of that age coming into the music industry today, who will have all the temptations you had?

Go through what you gotta’ go through. I would never be an advocate of anything dangerous. I would never be an advocate of drugs, shit, I would never tell anyone to have sex without a condom. If I was giving someone advice on how to live life safest, it would be “put a condom on, wait until marriage, never touch drugs, stay in school,” but, you know, my honest feelings are that people should have the freedom and the right to follow whatever path they want to follow in life. And sometimes they’re positive, sometimes they’re negative, but it’s all experience that allows you to grow and become wiser.

“He found his election niche, which is to target the worst people in America. The people with horrible views on other people and it’s just fucked up that it’s working.”

So everything you went through ultimately contributed to your music positively?

I don’t think drugs are important, I think experience is important. If I’d never done drugs and instead I went to a third world country for two years, I would have had an awesome experience and grow as a person in a different way. I would just advise people to make sure they have experiences, and nothing inspires music more than the world that you live in, so look around.

What would you hope your musical legacy to be?

You know, I used to think about that all the time. It used to have a huge effect on the decisions I made… what am I going to be remembered for, what do I leave behind? Worrying about that stuff is a slippery slope…I think I can just hope that I am as genuine and authentic as possible…what I leave behind is “me”, whatever that person becomes. My only hope is that my legacy can be a reflection of who I am.

So lastly, are you voting for Donald Trump?

You have a colourful history with the man. How dangerous for the world do you think it would be for Trump to be elected?

I don’t even know whether he believes what he says. It’s hard to tell what is real and what is strictly shit to get elected. He found his election niche, which is to target the worst people in America. The people with horrible views on other people and it’s just fucked up that it’s working. I believe we have something in the constitution that allows us to overthrow the government…if it happens we might just have to take him down. We did it with y’all.

The Divine Feminine is out now on REMember / Warner Bros. records. 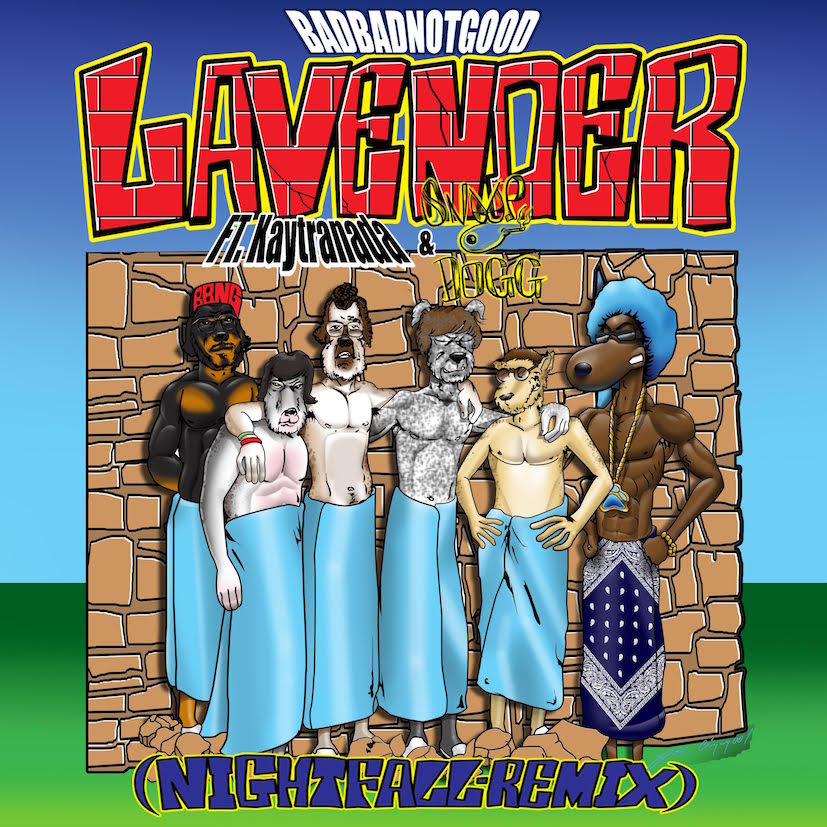 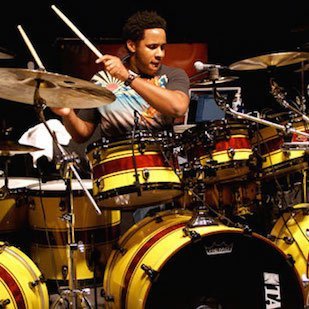 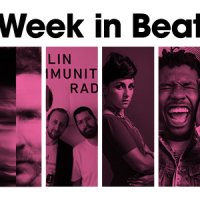