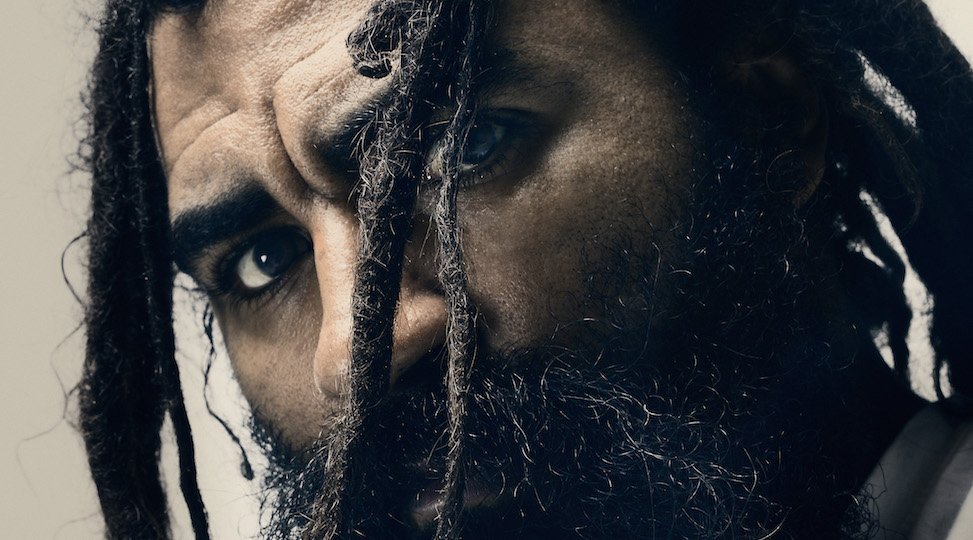 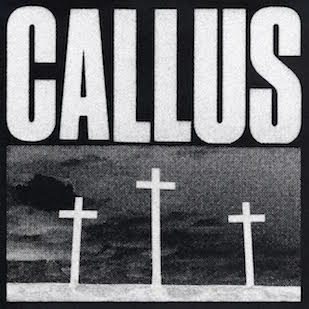 If you know Gonjasufi already it will be from popping up on L.A. bass scene recordings by The Gaslamp Killer and Flying Lotus delivering psychedelic caterwaulings and chants that were strangely comfortable against their electronic backdrops. When not sounding like a wacked out cartoon grandpa, he was living in the desert and teaching yoga.

After two albums on Warp, Callus was self-produced over four years between Las Vegas and the California desert and features former The Cure guitarist Pearl Thompson. It eschews some of FlyLo’s futurist leanings or The Gaslamp Killer’s break-heavy mania for something more akin to west coast stoner garage rock with strangled blues vocals and clouds of filter and delay.

To say it was a challenging listen would be an understatement. Much of the lyrical content is subsumed under lo fi production and multitracking and the general tone is one of hurt and anger with vocals frequently turning to injured howls. As with anything of this nature though, the trick is to at least keep these sonic experiments short and tight and most of the nineteen tracks come in at under three minutes before spinning off into a vortex of weirdness.

Despite low points like Greasemonkey, a noodly sitar jam the likes of which is guaranteed to kill off all but the most robust of house parties, at its best the album hits sweet spots of transcendence. The Kill is all doom and grunge contrasted with Gonjasufi’s inimitable voice reaching a sweetness akin to Erykah Badu and some muted brass making the whole thing more palatable. Krishna Punk sounds like a stoned memory of 2000s electro pop with a vocal so slurred it makes ODB sound like Dean Martin… yet somehow works beautifully.

Like hazy 4 a.m. plans for world domination, one gets the impression that all of this made perfect sense at the time but without ayahuasca and a remote Californian desert sweat lodge, it’s frequently hard for outsiders to share Gonjasufi’s vision with Callus.