Words such as ‘instant classic’ and ‘next big rapper’ have been doing the rounds in the build up to Kendrick Lamar’s major label debut, good kid, m.A.A.d city. Not since Kanye West’s prog rap opus My Beautiful Dark Twisted Fantasy has there been such universal, gushing praise revolving around a record. This of course, objectively, has something to do with the fact that this is indeed a debut, and, something that has been painstakingly reminded to us, that Compton is where Lamar calls home, the spiritual Mekkah for West Coast rap. Even the godfather himself, Dr Dre, makes a fleeting appearance on the congruously named Compton, as well as bonus track, a contemporary stoner anthem in The Recipe.

What makes Kendrick Lamar’s entry into the mainstream seemingly so simple is his flat-out appeal. He is a classic lyricist, an honest storyteller, a refreshing change to the gangster rap tag that is so often affiliated with Compton-based artists. Similar to My Beautiful Dark Twisted Fantasy as well as Frank Ocean’s recent Channel Orange, good kid, m.A.A.d city is a concept album. These two words do tend to throw up all kinds of preconceptions of overbearing, self-indulgent and self-absorbed songwriting (something that could admittedly be critiqued about both West and Ocean’s otherwise excellent LPs). But here on Lamar’s album, everything glides past with a lightness of touch that can be attributed both to his soft yet diverse flow as well as faultless choice of beats, not least on the Hit-Boy-produced glorious Backseat Freestyle.

The content itself is not so easily digestible. It autobiographically charts Lamar’s upbringing in Compton (a visual representation of which begins with the album sleeve, of an old Polaroid depicting a baby Lamar atop his gangster uncle’s lap), with a strong emphasis upon the grounding capabilities of family and faith. His mother and father’s voicemail messages pepper the narrative of good kid, m.A.A.d city, appearing frequently across the album’s running time, pouring heartfelt despair and world-weary parental love onto the bare bones of Lamar’s voice.

Ostensibly, this is a deeply personal and cathartic project, and one that is remarkably seamless, considering that the amount of collaborations with other rappers. Equally, the guest slots always feel well considered and worthwhile, something that is not always the case. Never overshadowing Lamar, the presence of names such as Drake and Jay Rock add stability to the layering compositions, coloring the textured memories expounded by Lamar.

Good kid, m.A.A.d city may lack the raw appeal of last year’s mixtape Section.80, but the gleam present on club-ready tracks such as Swimming Pool (Drank) doesn’t dilute the spiritual yearnings and moral dilemmas that joust against the constant threat of gang violence and police brutality.
Fittingly, the finishing touches to good kid, m.A.A.d city fall to arguably the album’s most memorable facet, the omnipotent presence of Kendrick’s mother: “If I don’t hear from you by tomorrow, I hope you come back and learn from your mistakes. Come back a man… Tell your story to these black and brown kids in Compton… When you do make it, give back with your words of encouragement. And that’s the best way to give back to your city. And I love you, Kendrick.” And in one fell swoop, Lamar justifies the tag of ‘instant classic’. This is quite something to behold. 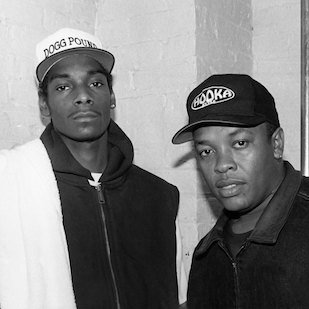