The Fun Ones is steeped in the legacy of funk music in a more outright vein than his previous works, its title coming from the the tracks which were unashamedly joyous to make.

It’s a tonic for the times and as multi-layered as you’d expect from the veteran producer – he’s even opened up his studio during lockdown over on Facebook Live, where his accommodating manner sees him going through parts on the MPC and answering questions on the fly.

He’s compiled a playlist of influences for the album, which you can listen to on Spotify:

Bonafide caught up with him the day before album release, with two versions set to drop: the digital version plays like a mixtape of sorts, including dialogue snippets (Phonte, Son Little, J Zone, Mr Lif, Kid Koala and Blueprint all appear briefly), while the vinyl version plays the tracks without the bookends.

Bonafide: It’s great to read about the positive vibes you want to give off with this album. Has funk always brought you happiness?

RJD2: Yeah. In many ways, I often go into albums trying to prove something about my range as a producer. The title draws on the song selection process; if previously I would be selecting on the criteria ‘the best ones’, or ‘the technical ones’, this time I was selecting on the ones that felt the most fun, to me.

20 Grand Palace is the third single from the album.

In the past you’ve talked about making music between the worlds of hip hop and instrumental hip hop, for the want of better descriptions – is this still a concern, or have those lines long since dissipated?

I don’t think about it too much now. In my mind, any distinctions between hip-hop and instrumental music have dissolved. Basically, there’s either rapping on a groove or there isn’t.

Anything can be rapped over, so I don’t know how much there is an aesthetic distinction to what I would define as hip-hop.

The Spotify inspirations playlist is a great selection – Shuggie Otis in particular has always reminded me of your work and vice versa. Is Sparkle City your go-to Shuggie track when introducing him to people?

First off, thanks!!! That’s a huge compliment. He’s a genius. I don’t often introduce folks to music, but if I did, I’d start with Inspiration Information. That song just feels like summer to me. Side note, I might get a crack at remixing a Shuggie Otis tune, which would be bonkers!!!

Please could you talk us through a couple of your other choices and why they’re up there?

Jan Hammer Group: This whole album is one of my favorites of all time. Just the perfect mix of jazz and R&B to me. Mindblowing, every second.

The Blackbyrds: A crazy, crazy groove. Some pre-hiphop shit to me. You just wanna hear the top four bars on loop over and over.

Minnie Riperton: Again, just puts my internal organs at ease. This joint is like salve to me.

The entire Kool Jazz Kool and the Gang album was a HUGE inspiration for me making this record. Again, it’s not that it’s forward thinking or going to blow your mind in its technicality, the songs themselves just have a feel to them that are unlike anything else.

I love the different approach to making this album you’ve had, and that the digital and vinyl versions were designed differently. Where did the idea for that come from, and could you explain the differences?

Well, I cut the tunes, and then was thinking about how to arrange them. It felt boring to just do song-song-song, so I got the idea to make the album play like a mixtape, ’cause I used to make mixtapes a lot!

Seemed like a cool idea that would actually serve the songs, and make for a memorable listen. So, I did the mixtape version, and then I realized that DJs might want the songs WITHOUT the dialogue inbetween.

Since we were doing two formats, it seemed like a perfect opportunity to make the vinyl version ‘unmixtaped’, and the digital/CD version ‘mixtaped’, so that the DJs could use the songs in their own mixtapes without being locked into the dialogue.

Did thinking of it as a mixtape take away any pressure of sequencing tracks and making sure there was an overarching narrative to the album?

No – honestly, the idea only came to me when I had mastered the songs themselves. (It did get wonky, ’cause I had to master the record twice, once without and then again WITH the dialogue.)

In the same vein, you have guests talking about WHY they are making music – how did that come about? Was it soul searching on your part?

Yeah, when I arrived at making my own snippets via voice convos, I figured I’d tie it together thematically with the topic that was in the forefront of my mind: ‘outside of making a living, why am I still making music?’.

If you really wanted, you could add an addendum to that question that goes, ‘…in this time when it feels like pissing in the wind and it can seem like hardly anybody really pays attention to a full length album?’ 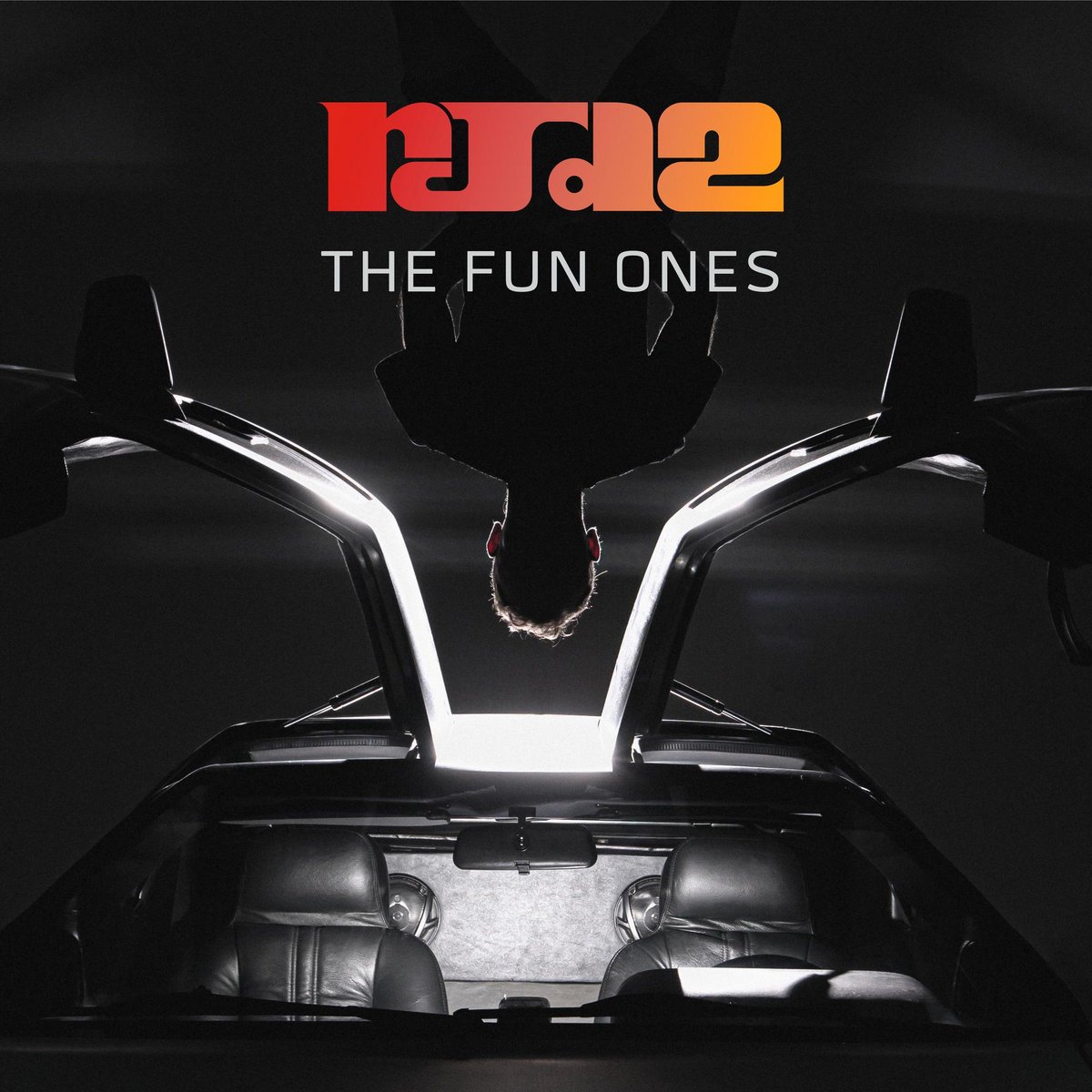 It’s kind of ironic that the album was created on your own in the studio and now we’re in lockdown. How are you coping?

Ha ha, well, the lack of gigs is a big change, but otherwise, my lifestyle hasn’t changed a whole lot. I’m hanging in there. It gets scary when you look out 6-12 months. All we can do is take it a week or month at a time, right?

I think I’m right in saying you kicked off your career with the MPC 2000XL and I see that still sits proudly in your studio, does it still form the foundation of everything you make? (I know you’ve mentioned in a FB Live about being it being portable enough to carry to your record room to sample!)

Basically, yeah – I started when the 2000 was out, upgraded when the 2000XL was released. I wouldn’t say foundation ALL the time, but for things that start ‘in the box’, yes. I will also start things in Pro Tools itself, if it’s going to be largely a live instrumentation song.

Does being closer than ever to your followers affect the way you make music now? I can imagine everyone throws their opinion at you a lot of the time.

I have found a comfort zone there. Yes, there’s always someone who wants to hear a Deadringer Part 2, but once you start tuning that out, it’s not too hard. It’s cool; I like being able to get immediate responses when remixes or albums drop, just to know that folks are listening. I’ve grown out of the phase of being overly invested in what people think about a particular song/remix/etc.

In terms of being an independent artist making a living, you need to sell your music and merch globally – has Bandcamp worked as a good model for that, and how does that compare to your own site?

It’s been good, and my site is good. At the moment my distributor, The Orchard, handles both, as me managing orders myself would be too much to handle – but yeah, I’m making it work for now!

You’ve obviously been greatly affected in terms of shows being cancelled. What does your live set look like at the moment?

It’s mothballed! I don’t quite know yet how to do a ‘live’ set in my house, but I may be figuring that out soon….

The Fun Ones is out Friday 17 April 2020, on RJ’s Electrical Connections – you can find vinyl, digital and merch at Bandcamp and RJD2.net – more streaming links here. There are still copies of the No Helmet 45 single, taken from the album, available here too.