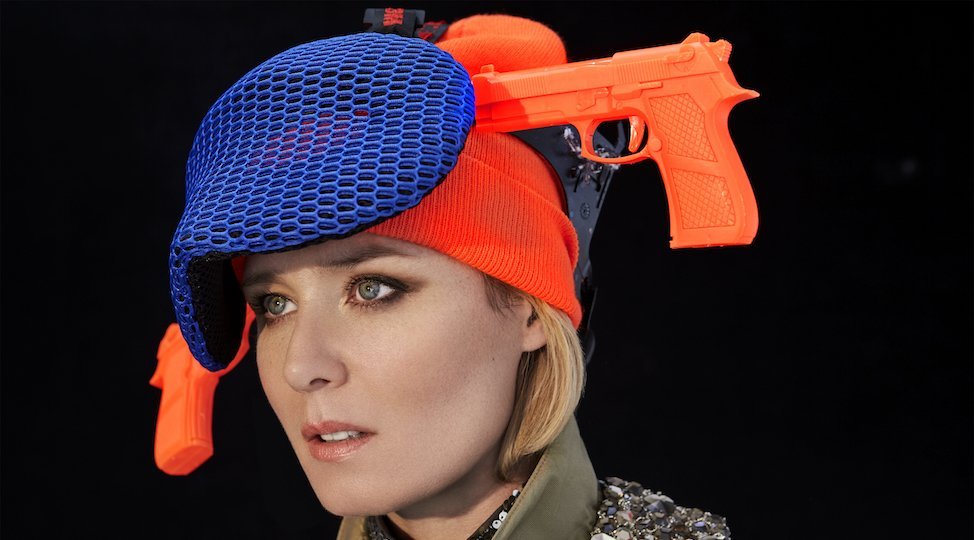 Former lead singer of Moloko, Matthew Herbert collaborator and successful solo artist; Roisin Murphy talks to Bonafide about her double-decade spanning career and transition from tight sweatered trip-pop princess to the darker, cerebral themes of her latest opus, Hairless Toys – but why did this album take eight years to appear?

Releasing her third solo album last year (Hairless Toys) – her first long player in eight years – followed by a fourth this year (Take Her Up to Monto), Roisin Murphy has certainly matured. She is a now a 42-year old mum-of-two but according to her, her ideas about music haven’t changed and she is still a ‘weirdo’ – a label she cheerily adopted after seeing Sonic Youth as a teenager, safe in the knowledge she didn’t fit in and had no desire to ever conform.

This was, of course, before she created Moloko with her former partner Mark Brydon in the mid-nineties. For people of my generation this is perhaps the first name that comes to mind when you hear of Roisin Murphy, that and the duo’s biggest single, Sing It Back – garnering the pair chart success both domestically and in the US.

While Moloko appeared quirky, colourful and cute, not unlike the bottom shelf of a newsagent’s sweet rack, Roisin has advanced toward a more sophisticated, perhaps, ‘edgier’ place with Hairless Toys. It’s the taxi ride home long after you should have left the after-party.

You get the feeling when speaking with the Irish born singer that during her musical journey ( I really don’t want to use the word ‘journey’ how fucking saccharine, but it sort of fits), – each pit-stop along the way has been a logical progression to the next, no matter how varied or scattershot. A collaboration with Matthew Herbert, makes way for a reincarnation as a costume sloughing stage duchess, then it’s time to record an EP of covers: in Italian.

Dressed in a pedestrian hoody (or so she tells me) and speaking from a dressing room at the Down The Rabbit Hole festival in Holland (beside the slice of punk beef-jerky that is Iggy Pop) I ask Roisin how she ended up here, she replies with a laugh: “I have no foggy clue is the answer to that! Everything I have done has been an absolute surprise to me that I’ve managed to do it. But I think going about it that way has meant I have kept a little bit of energy in it.”

The demands of Murphy’s second album, Overpowered (2007) i.e, relentless touring, elaborate costume changes and the complex stage-show that came with it – left her knackered and desperately needing to “decompress”. She became pregnant in 2008 with her first child and only doled out a handful of tracks before her second child in 2012. Then came a curveball, and this was pretty curvy; Mi Senti. An EP of, mostly, covers, sung in Italian, which has been described as ‘adult orientated disco’. Think Edith Piaf sparrowing in Studio 54.

“There has been the ups and downs but mostly ups, in my work life it’s mostly ups. I’m absolutely blessed to be allowed to do this for a living.”

Then we had Hairless Toys; a record that reeked of the after-disco hours, the spread that is NYC and the tribes that roam among it.

When asked whether her journey from Moloko to her solo career and to her latest album Take Her Up to Monto was organic, Roisin replies in her unctuous Southern Irish accent: “It has, I think that’s a good word for it. It has been an organic journey it has always gone with the natural curve. There has been the ups and downs but mostly ups, in my work life it’s mostly ups. I’m absolutely blessed to be allowed to do this for a living.”

One thing that Murphy can never be accused of is running with the mainstream, as a ‘weirdo’ she has always been happy to make her own way, a way that has become more and more polished over the years. She accepts this has let her enjoy her career more though. “There isn’t really any other option I just go with my gut. I have no idea how to be cynical about it, I haven’t a clue how to do it any other way.”

The New York Ball scene, has been cited in articles, as an influence in the style of Hairless Toys, but along with this Roisin said she has drawn from her own life to find fuel for the LP.

“These are all retrospective things, they are not things I’ve sat down and said ‘I’m making a record about being in exile or about my past’ or anything else, but when I look back at my record and see how it turned out I feel those things are there.”

“There isn’t really any other option I just go with my gut.”

I speak to her at some length about her working relationship with Eddie – you sense this is a musician she has great admiration for, and one who has been a major force in the new album. “He is a long term live music collaborator but this is the first time we have worked on a record together. He did do string arrangements for Moloko, and instrumentation on some of the Moloko records but I have never sat down to write down and produce a record with him before.”

Murphy has been hammering the summer festival circuit and reports that the new material has been going down a treat with the crowds in Europe, but, even after 20 years of making music, she feels the live experience can be one of the hardest parts to nail down.

“It’s just not 100% reliable having five musicians there after a certain point. Like having a tape, that’s totally reliable. Many people who do what we do, or seem to do what we do, aren’t doing what we do…they’re playing a fucking tape and have musicians playing along to it. But we don’t do that, we don’t make life easy for ourselves.”

“Then there is me trying to change into 60,000 outfits an hour, and last night I did get rather tangled up in my outfits… and the audience gets a big flash of Spandex, it can leave a lot to be desired.”

I suggests this is an experience the Roisin Murphy fans won’t get sitting at home and listening to the record, to which she laughs and says, “no they won’t”.

Anyone who has seen her live will be aware of her stage persona – slick, glamorous and very extravagantly dressed, pure popstar stuff. Does she think the characters and the outfits are a big part of the Roisin Murphy show and do the fans expect it from her now?

“It’s really hard for me to answer questions about this, I don’t really know why I do it to be honest, and five minutes before going to tour this show I was saying to the band I’m not doing that anymore you know, I’m just going to go out there like this, in me hoody, and they all looked at me with their eyebrows on top of their heads. And the next thing I turn up with a huge fucking wardrobe.”

“Last night I did get rather tangled up in my outfits… and the audience gets a big flash of Spandex, it can leave a lot to be desired.”

Despite the long break between albums she says the live shows have been going down really well, adding, “It’s been wonderful actually, it’s pretty amazing actually to me that I could have been away that long from this thing and to come back and feel like it was yesterday. Certainly I have plenty of energy for it certainly the audience have plenty of energy for it, so it’s been great.”

Murphy is a weirdo and proud of it; a musical outsider, someone who is known for making electronic music, but is just as comfortable with pop, or singing in a foreign language and cites Iggy Pop, The Stooges, and Sonic Youth as some of her biggest influences.

“The first really important gig I went to would have been Sonic Youth and they actually did I Wanna Be Your Dog at the end of the gig, Mudhoney came back out, they had been supporting, and the whole lot of them did it together and threw Kim Gordon into the audience several times, over and over again. Seeing that was a really important moment for me and it galvanised me as somebody who was into music, not somebody who was going to make music but who was certainly defined by the music that she followed and the people she hung with and stuff like that.”

“I was 14 when that happened to me and that is probably the most important thing that ever happened to me in terms of developing my identity in the world you know. Because that was when I said to myself ‘well I am a weirdo and I’m glad I’m a weirdo’.”

The question has to be asked why Murphy isn’t bigger than she is? A seasoned and highly talented musician and performer in a variety of styles with a body of work that has been well received by critics and fans alike.

But the answer is….well….there is no answer: “I don’t know, it’s not really for me to answer that.”

Thankfully that wasn’t it from her, she had some tips for any ‘young turks’ thinking of making their way in the music business, and it’s stark information at that: “adapt or die”.

“That is my motto, I am always thinking about how I can adapt.”

“Now I’m even thinking…it will go on for another year or so because I’ve got this record, but this whole mould of putting out albums and then touring…..I don’t know, it doesn’t seem like the future for me.”

So what is next on the cards for the irrepressible Roisin Murphy?

And from a woman who is constantly surprising people that is not something to take lightly. Here’s to Roisin Murphy and whatever she dreams up next. 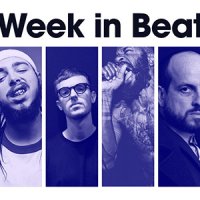 The Week In Beats: Death Grips, Chaos in the CBD, Post Malone and more 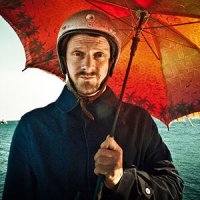 DJ Koze: On the Outside Looking In

Stefan Kozalla is the subversive artisan of dance music. DJ Koze shares an affinity with the world of clubbing whilst seemingly opposed to most of its virtues.