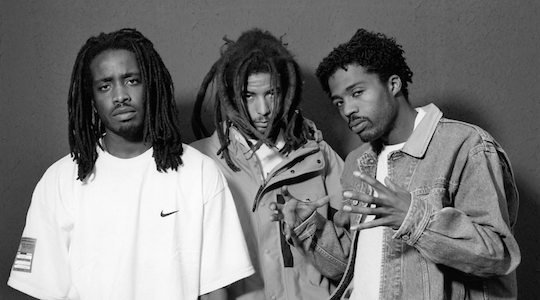 The Pharcyde: one of the defining groups of golden-era hip hop, they coupled an infectiously fun, distinctly non-thug attitude and flow with era-defining videos for songs that have stood the test of time. The last few years have seen former group members fall into two camps: Fat Lip and SlimKid3 (backed by record label Delicious Vinyl) perform as Bizarre Ride, while Imani and Bootie Brown keep the original Pharcyde moniker. Historical difficulties mean we won’t seen the quartet reunited any time soon, so let’s dwell on the positives.

LabCabinCalifornia, The Pharcyde’s second album, was released in November 1995 and saw a somewhat more grounded group deliver a more mature, and perhaps more subtle, statement of intent. Jamie Groovement caught up with Imani and Brown before their recent mini UK tour at the start of the month.

Brown: No, I guess not! You never expect, with age and everything, to be there until you’re there. I think it was the same way when I was 21. ‘Oh man, I can’t wait to go out!’ – it’s different out (in the UK), but in America you can’t wait ‘til you’re 21 and to go and have your first beer in a bar. Then when you hit 21, you wanna be 25. It’s great that people still recognise the music, you never expect that.

What do you think of the difference between initial reactions to the album, which seemed a little unsure, to how a lot of people consider it now – a classic release?

Brown: Our first album (Bizarre Ride II The Pharcyde, 1992) was kinda hard for us. What we were try’na do, and what we were try’na bring to the whole concept of music at the time, people didn’t know what the message was, or if there was a message. With Bizarre Ride, it took a while, we had to tour hard. When the album went gold, it wasn’t the giant success like everyone would think it would be. Same with LabCabin, it wasn’t a giant success. I would base that on that we have kind of a cult following… then after a while (for people), the message is there.

Do you consider the albums very different in terms of lyrical content, maturity and also with greater experience of the industry?

Brown: Yeah, I didn’t want to do the same album. Of course, that’s what the record label (Delicious Vinyl) wanted. A grander Bizarre Ride, Bizarre Ride III. For me, music is supposed to identify with reality in some form, as much as you can. Then that way, another person can say, ‘I went through that’. I think that’s what the concept of Bizarre Ride, where we were wild, teenager-not-a-teenager… then going into LabCabin and being like, ‘okay, we’re in the game, this is what’s going on, these are the pitfalls, this is what you have to look out for, these are some of the things you can get caught up in’… and some of the things you still have to do while you’re in the music industry. So, I think people can identify with certain aspects of that. It was what we going through at the time.

Did you feel disparate from the rest of the LA hip-hop scene, with your sound being quite different?

Brown: I think with any kind of music scene, UK or whatever, it’s all really small. It looks large ‘on camera’, but when you’re there it’s very small. The same with LA – if you were coming up at a certain time, you were doing events, you’re going to run into some people. When I tell people I used to talk to 2Pac all the time, they’re like, ‘how?’  – that doesn’t compute or make sense to anybody. But if you’re out there and doing stuff, you bump into people. They’re just regular people! At the time, that was just their scene, and this is what we do over here. I come from a dancing scene, so those were the people that we were talking to or reaching out to.

Is that background what added the fun and physicality to The Pharcyde?

Brown: For sure, for sure. I’ve heard people say, ‘when you rhyme, it kinda reminds me of how you dance.’ Just the whole rhythmic pattern, everything. The people that you meet along the way, I danced for Tone-Loc, I danced for some gangster dude, so that played into the whole situation. If it wasn’t for dancing, Johnny J, rest in peace, the person behind 2Pac, behind Candyman, a lot of LA stuff – that played a big part of it for me. I know Imani would say the same. Fat Lip was a dancer, but he was more of an MC at the time. Overall, deep down, the dancing scene was big for us as far as: that was our people.

You can see that creativity in the Drop video. Was that one of the most bizarre experiences of your life?

Brown: You know, I say more technical and very direct. Spike (Jonze) knew what he was doing. Compared to other videos where someone might say, ‘hey, jump on that wall, it’ll look real cool…’ he knew, like ‘we’re gonna do this, we’re gonna do that.’ We were prepared, we basically had the week with a linguist to phonetically learn the words backwards, and mumble the sounds, things of that nature. To make it look in reverse that we’d actually catch a word here and there. (Spike) was very professional, he knew exactly what he wanted to do. It was a humbling experience to see that, sometimes, planning does work! It’s interesting to see someone just do what they wanted to do. It was interesting, with (Beastie Boys single) Sabotage being out too. He was a photographer for the Beasties, Grand Royal magazine at the time, and he was just like, ‘man, I’m doing videos and I’ve had this idea’. It was like, ‘okay, sure’.

“Everybody says America’s just a corporation: if it really is, then we need a CEO.”

Dilla has been quoted as saying working on LabCabinCalifornia got him ‘prepared for the rap game’. What do you think he meant by that?

Brown: I think, dealing with groups. Even dealing with Delicious, the label, the money stuff. Even just actually being in the studio. I’m pretty sure that he was in the studio, the whole aspect of time and money. Of course, he was a genius, he knew exactly what he wanted to do, but at the same time he was a young producer. He wasn’t ‘Dilla’, he was Jay Dee (laughs), y’know? He was learning, I was learning, everybody at the same time was learning. We weren’t at a beginner’s level, we were learning at a university-kinda level – we were becoming the craftsmen, wherever it was gonna take us at the time. I think that overall, dealing with the business and other artists outside of his own crew, it was a lot of learning experience for him.

At this point, Imani joins the conversation.

If you made the track If I Were President’ (a skit from Bizarre Ride) today, what would you be saying?

Imani: Same thing, it never changes. The game is the same but the players change. People still hungry, the poor still poor. The rich still get richer. The greedy stay greedy. There’s not much changed.

What’s your take on the current presidential race?

Imani: Well, we’re black.  (Brown cracks up laughing.) How we look at America and politics is always kinda different to how the mainstream does. It’s like the mainstream is catching up to the poor and the black and the coloured people. We’ve been dealing with the President ain’t shit, and getting lied to, and then with who you’ve got running… you’ve got Hilary Clinton, she’s like a career politician, and then you’ve got somebody who’s never been a politician. Everybody says America’s just a corporation: if it really is, then we need a CEO. And I’m not endorsing him, I’m just saying people don’t really realise that America is more of a corporation than how it was first created. Corporations run everything now.

If you were launching LabCabin today, what would you do differently?

Imani: You need a team. You need infrastructure. You need some talent that can be pushed, that’s pretty much what it is. Things don’t change, we would be a be a younger version of ourselves. If we was making music in the thirties, we probably would all have saxophones, drums or whatever. If we’re making music in 2020, or 2016, we’re gonna be using computers, and we gonna be using USB powered keyboards and turntables and shit like that. Technology would be different. Young rebellion would be the same.

Brown: I think it would be totally different. I don’t even know if we would be signed to a label. First of all, you gotta take whole concept to a label. If we were just putting it out now… I can’t say. J Dilla’s death plays a lot into the album. Hands down, that has something to do with it. So, are we saying Dilla’s alive, and still making records?

Imani: Is there a Dilla? ‘Cos if we making music now…

Imani: Or are we making drill music…

Brown: (laughing) It’s so hard to say if we would be making the same type of music. What I try not to do with this music game is stay locked into that whole… I love the nineties, if it wasn’t for the nineties, I wouldn’t be here. I love it. But at the same time, you have to somewhat incorporate – and I’m not saying shift gears completely into the new age – but you have to incorporate the new age or else the message gets lost to me. People are not willing to even kind of listen to  the whole thing. You gotta make music for the people, that’s the whole idea. And people like different music these days! Every time I say something that pigeonholes me into some kind of classification into what music I think we should put out there… I hate to put myself in that box.

So what are your next steps, going forward?

Brown: For me, it’s a combination (of touring and making new music). WIth the climate of today, you wanna put music out there and get a feeling, a vibe. Then you put out an album. You get ready and gear yourself up. I think right now, people are perplexed as to what’s going on with everything. I’m kinda perplexed (laughs) with the group, and everything, where’re these guys, what’s happening… I’m not saying this is a reintroduction as we never really stopped, but getting back into the flow, seeing some new people, shaking hands, kissing babies sort of thing (laughs). 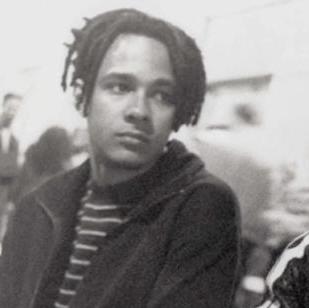