The Oakland based quartet Souls of Mischief formed at the start of the 90s and the memory of what they stood for – an enthusiasm for collaboration (as part of the much loved Hieroglyphics crew) and creativity in order to further push the envelope for hip-hop on a global scale, eschewing the commercial preoccupations that began to dilute the culture less than a decade later – has come to represent more than just music that they made at the time. But fear not, new album Montezuma’s Revenge, produced entirely by Prince Paul, isn’t some retrogressive attempt to return to or reminisce over past glories but a very solid and funky rap record. John Whybrow recently caught up with producer/MC Tajai from the group to discuss longevity, inspiration, Monetezuma and ancient history.

They say that time is a great healer – it also seems to be a great music critic. At almost 20 years in the game together, that pretty much seals the deal on SOM being one of the longest established collectives in hip-hop – there are barely a handful of groups who can put a solid challenge on that figure – you said that the secret to your longevity is ‘staying in your lane’ and being part of a ‘brotherhood’ that transcends the music industry – but how do you replenish your reserves of creativity, energy, and enthusiasm in the face of such a rapidly changing world?

We draw our experiences from real life and try to remain students of life. People, events etc. We also have strong family foundations both personally and with the whole Hiero crew so that keeps us grounded. Add that to the fact that we are famous, but not so famous that we can’t go to the corner store, which keeps us able to lead normal lives and relate to most people. All that plus our love for hip–hop and need to represent an alternative to what is out there makes it pretty easy to stay energetic and creative. “The Biz” has not gotten to us.

Have you had periods where you had to step off from the world around you in order to better concentrate on what it is that drives you, or do you like to keep abreast of things you admire? Is there anything in the creative world in particular that you look to for inspiration and how do you escape from all this creativity when you need to (apart from chilling!)?

We really don’t get a lot of time off because we are independent and thus have to handle business daily. But we also live in California, the most beautiful and diverse state in the union, so we camp, surf, fish, snowboard, ride bikes, shoot, do yoga, dance and all that stuff. Plus we are all pretty spiritual people and a strong spiritual base helps. We all have our own artistic passions, but music is an all-consuming thing when you really love it so we are immersed in it constantly.

Are there any less obvious sources of inspiration, I’m thinking of the amazing geography that forms the backdrop of the Bay Area we first saw in your early video clips – do you think Cali’s geographical backdrop has somehow inspired your deeper, more aware brand of hip-hop, as opposed to say the gritty grime of downtown NY rap?

Yes, most definitely, but we also are from Oakland, so we get a whole lot of grittiness too (come visit, you will see what we mean). We also have the best herb in the world, hands down lol.

Any coach worth their smelling salts would say that for a group of people to remain as tight as you have for as long as you have, there needs to be a working dynamic, kind of like a jigsaw made up of different shapes that, when they fit together, form more than the sum of their parts (think Voltron, where GZA forms the head!). What is each of your strong points, and how do these combine to help you mesh as a collective?

I can’t really answer that objectively. But musically, as far as Souls, we all bring something very different to the table. I would like the listeners to figure that out from the music. Strong points:

A Plus: Great musicianship,

Phesto: Has a macro view of the world and draws from all types of sources.

Tajai: Will do anything required of him.

The ancient civilizations of Africa and Central America are credited with some profound teachings and given the huge success of the Hieroglyphics movement and now Montezuma’s Revenge, what is your relationship with these ancient cultures? Who was responsible for the initial interest in them?

We study everything. We were all raised in Oakland at the end of the Black Power movement. So we have all been instructed and inspired by our parents to learn about our African heritage as well as our Native American Heritage. The ancient cultures of Africa and Central America are connected; this connection is often hidden or obscured. But we study it all and have done since we were young. I would credit all of our parents for our interest in ancient civilizations and in education in general. For us to survive and be sane in this system, especially in an area as oppressive (Check out Cointelpro or the history of the police in Oakland – there has been a concerted effort to destroy us that began before we were born and continues to this day) as here requires us to be students of something bigger than the elaborate lie that is America.

Montezuma’s Revenge is a colloquial term for traveller’s diarrhoea, implying that conquered cultures would, in time, get their own back by way of the germs that would infect their less-resistant colonizers. Is this a theme for the LP? Is it a reference to your staying power in a hip-hop scene that has seen many ‘colonizers’ come and go?

Both of those metaphors are appropriate. We also recorded the album on a street called Montezuma in the countryside that began to be known as “Montezuma House.”  When we finally decided on the title, and included the Aztec Hieroglyphs (a nod to both Hiero Crew and California) it all seemed to fit well. But we aren’t really hell-bent on taking revenge; our fans have always been good to us.

What was the best thing about working with someone as prolific as Prince Paul? How did that come about?

He is a musical encyclopaedia, and he has vision. This makes it extremely easy to create great songs because there is direction and context. Opio and Domino were on the HBMS tour with him and he suggested doing a project. Working with him was a dream come true.

I heard some of your opinions on the shortcomings of mainstream media as far as informing the public in an intelligent, balanced way (word!) – it seems the world is short of people who actually give a damn about this kind of thing.  Do you see your art as a way to compensate for those gaps – and if you ever decide to put down the mic, would you like to work on something with a similar aim (teacher, writer, activist etc.)?

I think that the world has no shortage of intelligent, inquisitive people, but it seems that there is a concerted effort to turn people into drooling automatons by the time they become adults. I guess it is easier to control an uninformed, uninspired populace, but in the end this hurts the world at large. I do see our art as an alternative, but not necessarily anti-mainstream. I have been a teacher since 1992, and I plan to become an architect so yes, I am very interested in creating and “building” both literally and figuratively. I don’t ever plan to put down the mic though, but selling music may not be viable forever.

Finally, as one of the most enduring in hip-hop, how did the name Souls of Mischief come about and what has it come to mean for you on your journey?

Souls of Mischief basically signifies the concept that at the root of our being we want to wreak havoc, stir things up and cause a ruckus (but not in a negative or damaging way, more so to get a rise out of people). It means so much, but in short, it is a brotherhood, a creative vehicle, and a pathway to living out our wildest dreams!

Souls of Mischief are currently in the middle of the UK leg of a worldwide tour, and you can catch them tearing up stages in the following cities… 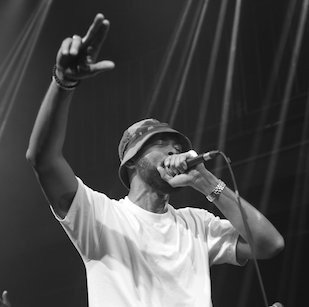 Snaps: Souls of Mischief at the Jazz Cafe

West Coast's finest came over to north London for a sold out summer show. 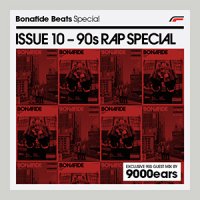