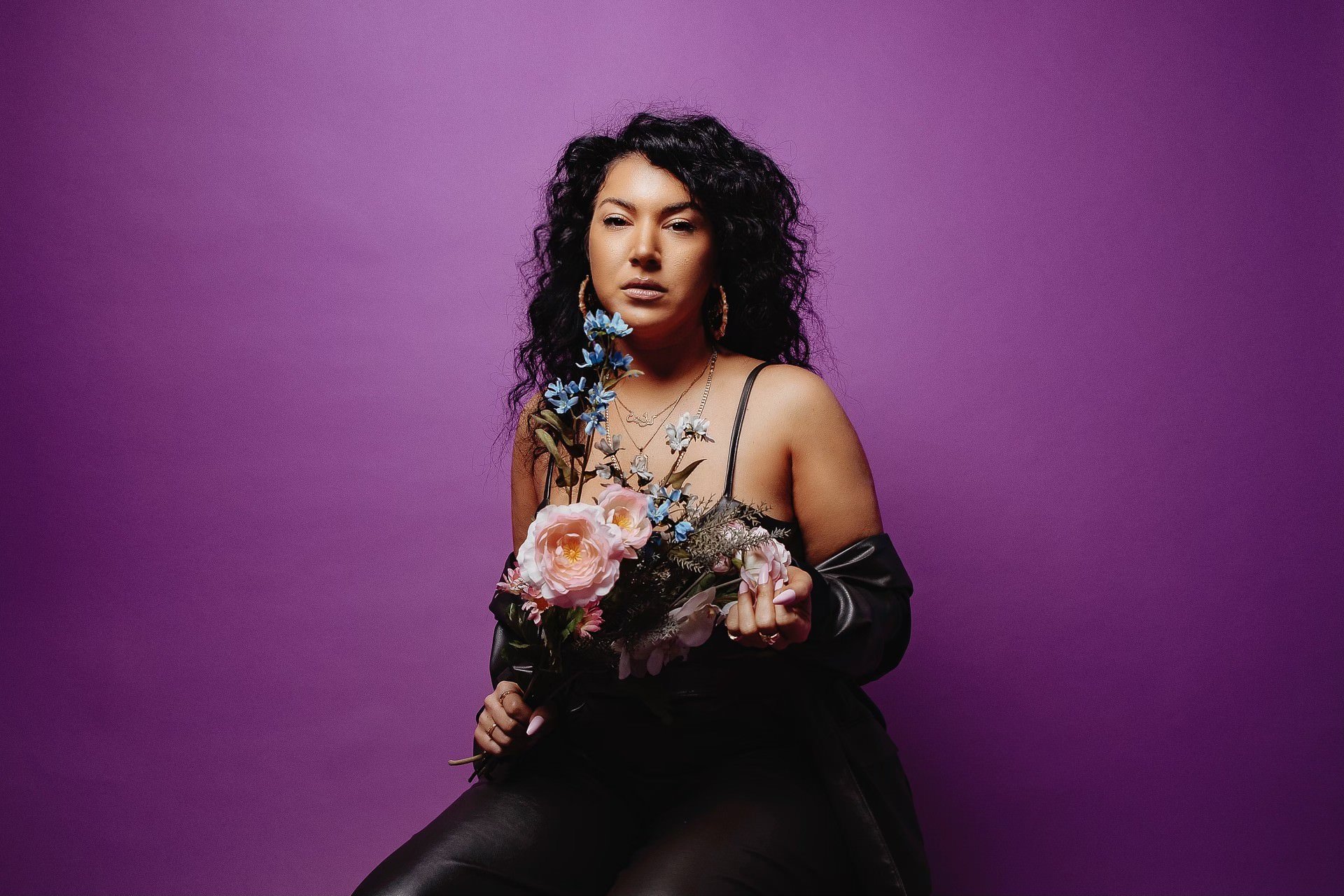 The album Speaking in Tongues has been a long time coming for North London rapper Shay D.

“It’s taken TIME, stopping coz of the myth of 2020, deciding what I was even doing, then remembering the true purpose of why I even do this.. because music was FUN. It was a way out. The reason for creating music is supposed to be ‘because I want to, because I can’t NOT do it.’ SO, I done it, you know…”

Followers of underground UK rap will be more than familiar with Shay D, her positive attitude, pride in her Persian heritage and prolificness in her work ethic.

“This album is all sides of me, there’s songs for everyone to relate to. There’s girl power anthems, hardbody rap, break up songs, positive tunes, party tunes, songs for drives, gym, flirty songs, deep ones, songs ‘bout losing people, reality checks & love… I even sang on this album. I wanted to enjoy the process, especially creating vibes collaborating with artists I rate.”

The album spans 14 tracks and is the follow up to Human Writes, which she released independently on Bandcamp in 2020. Guests include grime legends P Money, RoxXxan and Capo Lee, fellow London rappers Lioness and Dibo, Dorset lyrcist Isaiah Dreads and Yanti.

As well as her own music, Shay coordinated the first all female UK rap tour, Queens Of Art, incorporating rappers from their respective cities, holds a residency on London’s Reprezent Radio, has created works with the Tate Gallery and recorded a BBC Radio 1Xtra drivetime mix.

In keeping with the title of the album, Shay has selected ten of her favourite non-UK rap tracks below – enjoy.

I love the sample and production in this but it’s the content for me! It’s just such an interesting topic that we never hear about in music, about growing, and changing into adults and our opinions and importance of life’s assets maturing.

It’s just such a beautiful song. I can drive to it, kick back to it, head nod to it, it’s a vibe.

This was one of the first songs I had taped off MTV BASE when I was young on a video, and I learnt every single word to Foxy Brown‘s bits and used to perform it by myself in front of the TV.

I love this song, the beat, the delivery, Jay Z is sick but Foxy just has so much sauce! It’s one of my all time faves!

RIP Nipsey. He truly has a presence that stands out and is so eclectic with his music, a little like Tupac (RIP) who could do political tunes, gangster tunes, girl tunes – Nipsey had this energy too.

This song in particular, I always wished there was an official music video for it. The song is so laid back but so raw, there’s a line in it that moved me so much where he says, ‘I wanna see you happy we both come from broken families’ – very dope.

A fellow Persian brother from Canada, I feel like Afta Hill is like the Persian The Weeknd. This song from his album gave me goosebumps when I first heard it as it samples a very famous and cherished Iranian song, Ageh Yeh Rooz, which translates to If One Day, and hearing it flipped in the song with the melodies Afta delivers just moves me differently!

I had to pick this as a non-UK rap tune, because literally the other day I was like, there is a song I was obsessed like ten years ago… I could NOT remember the name!

I knew every part of the video and the hook but searching ‘gangster’ in the rap world was a myth LOL. I searched for 24 hours like keywords, similar videos, etc and ended up waking up and scrolling through years of my Youtube history and I FOUND IT! It was this.

I definitely had an obsession with Latin rap and West Coast LA rap for an era of time and this was the underground epitome of it for me!

I loved this tune growing up so much, the video and message is so deep. My brother and sister are half French and I was fluent in it so I could understand this song more, but you don’t need to, you can feel the tune and watch it.

It’s called Little Brother and it’s about telling little man not to get into a bad lifestyle. The beat and sample is so cold too.

I had to pick this song because I have rinsed it since it dropped. It’s just so wavy and cocky. I love confident tunes so much.

It’s not music I ever make myself but almost what my alter ego enjoys. The video is very clean and crispy.

This tune especially means a lot to me. One of my dreams is to go to New York, I have romanticised the trip and hip-hop being the soundtrack to my life and where hip-hop was born, I love the essence captured by Traum in this and it’s like New York embodied.

The saxophone is my favourite instrument so that sample just resonates with me. It’s even more special as I reached out to Traum a few years ago and we actually collaborated and have a song together called Avocados that has the dopest stop motion video to it as well. He is such a kind person and so musically talented!

I discovered this song by accident during the start of lockdown and was sending it to all my musical friends. It looked so much like a London backdrop but was Canadian and I hadn’t seen a hood style video with such gentle and loving singing, from like a man to his boys almost.

Mustafa is so special and he blew after this pretty much. But for me the hook where its just simply trying to ‘Stay Alive’ – what we were all trying to do at the start of the first lockdown where things were peak, this was just like a soundtrack to it. It captured a essence of how much life is fragile. It’s a beautiful song.

J Cole is a G and I am a fan of his. There are so many lines in this song that hit home and I think it’s really clever how he story-tells in it. It’s a shame there wasn’t an official music video to it but this is one of the bangers on his album that I had on repeat.

He is so real and relatable as an artist.