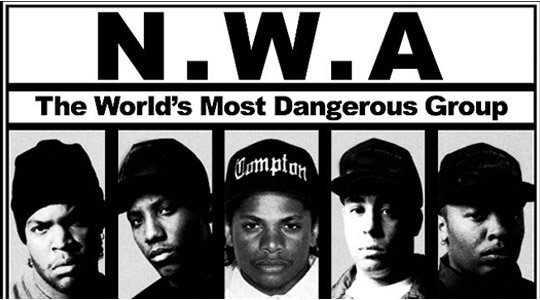 We have more details to reveal on the upcoming N.W.A biopic Straight Outta Compton.

On Wednesday, Universal announced the film will be hitting cinemas in America on August 14 next year, with British dates to follow shortly after. Along with the announcement, the studio also unveiled the first photo of the cast, with Corey Hawkins playing Dre, Jason Mitchell as Eazy-E and O’Shea Jackson Jr will be portraying his own father, Ice Cube.

The film, which is said to ‘tell the astonishing story of how these youngsters revolutionized music and pop culture forever the moment they told the world the truth about life in the hood and ignited a cultural war’, will be directed by F. Gary Gray (Friday, The Italian Job) and produced by Ice Cube, Dr. Dre, Matt Alvarez and Tomica Woods-Wright (the widow of Eazy-E).