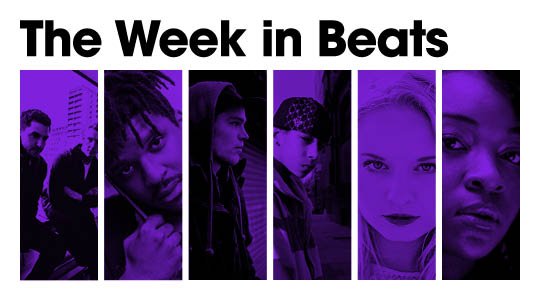 The internet can be a daunting place at the best of times, and when it comes to music there’s a never ending rabbit hole of mixes, remixes, tracks, mixtapes and videos being uploaded on the daily. It’s physically impossible to be able to digest everything that is throw into the public consciousness, so we’ve taken time out to handpick the six freshest beats we’ve heard this week to make your life a bit easier. Kick back and enjoy them over the weekend. Here the Week In Beats.


Blaze – Lovelee Dae (Bicep remix)
This remix missed out on Bicep’s 2014 essential mix, but by the love of house has made it out on their own label; Feel My Bicep. A slow builder, in more sense than one. The original seeps through layers of drums and synths and finishes with a punchy bass line to really get you in the groove.
Fliptrix – The Chronic
Brazen in it’s delivery, there’s no hiding Fliptrix’s love for the green in this new one from the High Focus member. The name, the video, the lyrics, the chronic. His love for the high grade is strong. Witty in his remarks and clever with his words, Fliptrix profoundly proves why UK hip-hop is so god-damn good.
Ice Kid – A.T.M
He was promised to be a high achiever without a single GCSE, but Ice Kid melted away in ’08. Eight years on, and not so much of a kid but with his rucksack still firmly strapped to his back, he delivers inventive bars to the ever more invigorated grime scene.
RAY BLK – My Hood ft. Stormzy
A pensive track from Ray Blk; lyrics that look back on a building that “turns you to a woman from a girl.” Set in a darkened studio, removed from the hood it exposes Blk’s vocals and brings focus to the sensitive narrative. Deep, barber shop bars from Stormzy round My Hood off as a beautifully, hard hitting track.
Låpsley – Operator (DJ Koze’s Extended Disco Version)
DJ Koze has done a modern day disco to English rose, Låpsley’s Operator and it’s off the hook.
Father – Big Emblem Benz
On the surface, life looks alright for the Atlanta rapper as he speeds through the desert in his Big Emblem Benz. But when the first verse carries the rest of the song; the rap sitting interestingly but awkwardly off the beat, much like ABRA behind the wheel. The sample of Kelis’ infamous “la la la la la,” repetitive chorus and not being able to bring a friend, it doesn’t look like Father’s lady will be sticking by his side for very long.