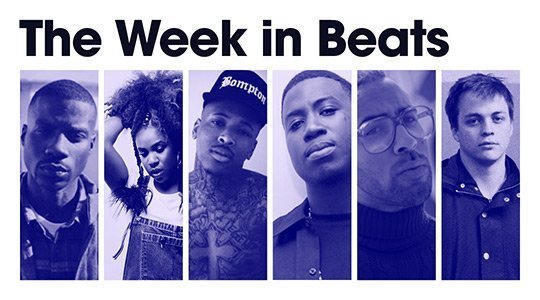 
Pearson Sound – XLB
XLB is the incredible, new track from Pearson Sound, taking you on a six-minute, galactic journey. Kennedy builds up and breaks down the beat until it transcends into a multi dimensional, head bopping, beauty. It would be hard to find a Pearson Sound track that isn’t as exceptionally executed as this.
Lance Skiiiwalker – Could It Be
Top Dawg Entertainment’s freshest signing, Lance Skiiiwalker is turning a few industry heads with two new tracks; Could It Be and Speed. Having featured on TDE’s Jay Rock’s album 90059, it was only a matter of time before he was added to their roster. Could It Be explores a lighter side of rap whereas Speed races along an aggressive, metronomic two minute track. Two contrasting tunes but equally as solid.
YG – Why You Always Hatin? (Audio) ft. Drake, Kamaiyah
Manicures and money, YG’s doing his thing and wants to know Why You Always Hatin?

https://soundcloud.com/user-816750376/first-day-out-mix-1-dirty
Gucci Mane – First Day Out Tha Feds
Gucci Mane has been working hard on the inside. Straight from the cell, Mane has released aptly named; First Day Out Tha Feds just two days after being discharged from prison. It appears nothing is going to stop this man from making music, expect new mixtape Gucci Free to be out soon.


Nao – Girlfriend
Nao the neo-soul babe hits us with this beautiful, mystical (not so) single; Girlfriend. Our ears pricked up after hearing her on Disclosure’s No.1 album Caracal. Her enchanting voice and ability to hit frequencies that sometimes only dolphins can hear – sets this East Londoner high above her contemporaries.
Metronomy – Old Skool (Fatima Yamaha Remix)
Two electronic entities combine to create one weighty track. Fatima Yamaha has added his touch to Metronomy’s new song, Old Skool. The Dutch producer’s classic; What’s A Girl To Do could feasibly have been taken from a Metronomy album, so a very suitable surprise to see this link up. This four on the floor track will be pumped far and wide.