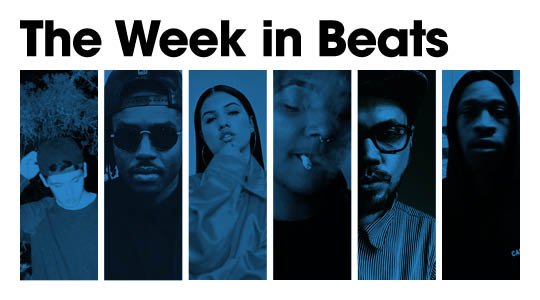 The internet can be a daunting place at the best of times, and when it comes to music there’s a never ending rabbit hole of mixes, remixes, tracks, mixtapes and videos being uploaded on the daily. It’s physically impossible to be able to digest everything that is throw into the public consciousness, so we’ve taken time out to handpick the six freshest beats we’ve heard this week to make your life a bit easier. Kick back and enjoy them over the weekend. Here the Week In Beats.

For grime aficionados, this name should ring a bell. Trim is the cousin of Roll Deep member DJ Karnage and has had the attention of the entire grime and wider electronic scene for a while now. This is just a taste of what’s coming soon on James Blake’s affiliated label 1-800 Dinosaur. With very strong punch lines over this heavy bass beat, Trim is answering all people wondering Who Is He?

London-based production duo God Colony release their debut EP Where We Were for free (get it here). The EP reps the U.K. as well as the U.S., with vocals from south London MC Flohio and Boston rapper Stash Marina and here at Bonafide we love their first single.


Mabel – Thinking Of You

Born in the mountains of Malaga, Mabel was raised between Spain, London and the confines of Stockholm. From her music you can certainly tell that she grew up listening to R&B artists like Erykah Badu and Lauryn Hill. It’s is only a matter of time before this gifted young woman becomes a star just like her daddy, Massive Attack producer Cameron McVey.

Dev Hynes is talented and we know that. He is growing as an artist and we can all testity to his ongoing brilliance. His new album Freetown Sound was released earlier this week and does not disappoint. His music reflects a generation and a culture, looking at the future while keeping an eye on the past. Watch the video of the first single Augustine here.

Fudge is the fusion between super producer Prefuse 73 and rapper Michael Christmas. They’ve been working on their first project together since last year and have just released their first single In My Shoes featuring singer Alex Mali. The debut album Lady Parts is due for this September on Lex Records and judging from this first tune, it seems pretty interesting.

Not a lot is known about Ben Beal. We know he is from New York, he is 18, he makes his own beats and that he’s got bars. Jakarta Records are fast building a rep for unearthing the hottest young producer as with Beal, whose music is warm and rough – we look forward to hearing more from him and the Jakarta camp.