Although only 23 years old, twin sisters Millie and Hope Katana are self described ‘old souls’, feeling that they have more of a connection towards older forms of music and art. As the driving force behind their own creativity, The KTNA are carving out their own space in British music and beyond. With their self branded ‘cosmic soul’, The KTNA have forged their own unique sound, fusing together different genres as a vehicle to deliver their message of hope in a place of darkness. So what exactly is ‘cosmic soul’?

Hope explains: “Millie and I, we don’t really like to be put into a box too much, but if it’s a box we created ourselves, it feels a bit better for us. We say ‘cosmic soul’ because if the universe was going to have a party, hopefully in the end you can play our music and universally there would be something for everyone. It’s got a nice little groove to it, soulful, all these things, that’s why we call it ‘cosmic soul’ – it truly is new soul, with a bit of rock, and punk, and psychedelics… euphoric.”

“I think my brain and Hope’s work a million times a minute, and all our favourite songs have a lot going on in them, because they engage my brain in a different way,” adds Millie. “When it came to making our own music properly for the first time, at the age of 21, which is crazy… I’d been signed for five years before that, we decided we needed to do what we loved, and thought fuck what everybody else thinks about it. I also love being overwhelmed by music, with the voices, layers, textures, and hearing things that are a bit odd.”

This euphoric sound is best exemplified on their latest single, OWT (One Way Ticket); with its contrasting elements of harsh guitar licks, melodic strings (provided by violinist Galina Juritz) and the twins’ ethereal vocals, the song has an uplifting and hopeful quality to it, despite its dark subject matter and bleak lyrics, opening with “things are worse now than they’ve ever been/I can’t pay my rent/and I’ve lost all my friends.”

The expression of retaining a sense of hope through dark times is a common thread that runs through The KTNA’s forthcoming EP, Life Under Siege. Alongside OWT, songs such as Mental Breakdown candidly portray and focus on timely topics such as mental health, depression and one’s well-being, but always with a hint of positive undertone.

“We say it’s ‘dark euphoria’,” Hope elaborates. “Our main thing is to create euphoria in a dark place, the subject matter is sad, dark and brutal, but at the end of the day, there’s something uplifting about it. There has to be. That’s why we record so many harmonies, and choir vocals, because there’s no better feeling than being sat surrounded by vocals. When you go and watch a gospel choir, or you just go somewhere, and it has amazing sound acoustics, you hear all the vocals just bouncing on the walls, to capture true, pure soul, even in the darkest place… euphoria!”

“We have to just write from our own perspective,” reflects Mille. “Tell my own heartbreak, my own story, before I can relay anyone else’s, and other people always say, ‘do you have any more upbeat songs?’

‘You don’t see my DMs though, from lonely people all over the world that say ‘thank you for writing that song’. I understand that we’re not the happiest of people, but I don’t know a lot of people that are truly happy either. I think a lot of people are faking it and it breaks my heart. We have a song called Mental Breakdown which is by far one of the worst songs we have. So many people hit me up when they hear it, or I’ll be at shows singing it and watch people crying. It’s really hard but it’s one of the greatest things in the world because for a long time, we thought we were the only people that felt like that, and now I’m just realising that so many people are also really struggling. I think we need music for people that are suffering.”

…nobody can own your creativity or your art. It’s yours, you don’t owe anybody anything. It comes truly through within, and from you, it’s a gift. These people that want to bottle it up and sell it, they still can’t own you.

As well as creating music dealing with issues of mental health, The KTNA are also passionate and vocal about art, ownership and creative freedom. Traversing through an industry that heavily relies on imagery and people’s perception of those images – something the twins have already had previous experiences with – they are keen to retain all aspects of their own creative freedom.

Hope: “I think people, just from seeing and looking at us, think they know what we should make and how to market us. The thing is, we are a brand, but the problem is that we write all of the music, we produce all of the music, so it doesn’t matter how you think you can pinpoint me because the music is already done, it’s already been written. The product is there and unfortunately we’re talking about depression, wanting to run away, wanting to kill yourself, having mental breakdowns, that’s what it is. I’m sorry, maybe the next album there’ll be happiness and joy. Maybe I’ll find the love of my life and I’ll write a whole album about love… but right now, what we’re reporting on is our true feelings, that’s it. You can’t mute us like that.” 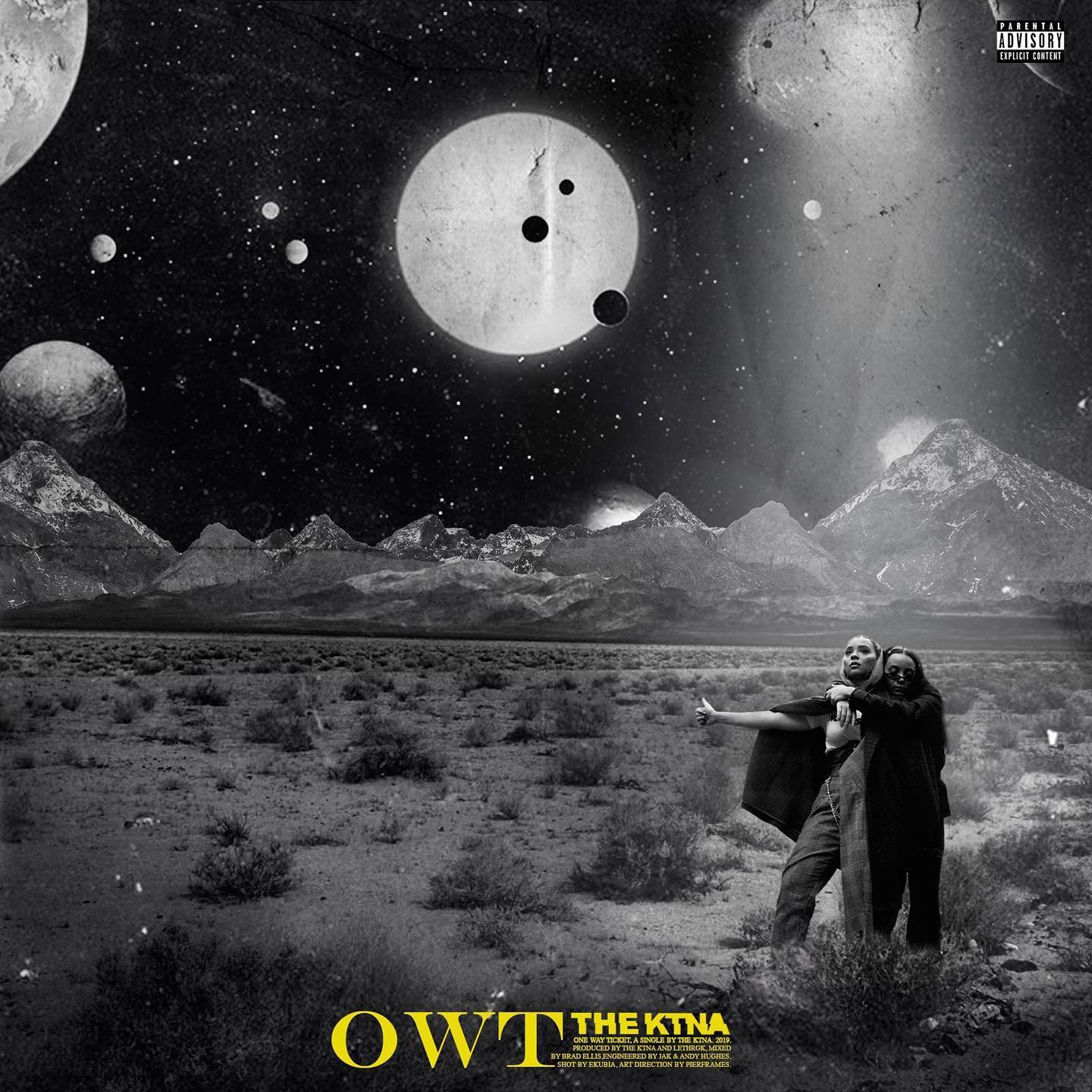 Expressing their own truths authentically is at the core of The KTNA’s creativity, and having complete control over that process is something they are absolutely adamant about. The pair are integral in all aspects of their creative process, whether it’s the music or the visuals that compliment it. On Django – another track from Life Under Siege – the pair breaks down the dynamics of musicians working in the music industry, and the restrictions that may come with it.

Millie elaborates, “being a musician come with chains, and I think that not a lot of people respect or understand that. And it’s our way of saying…I have to go and do what I have to do, to make my dreams come true.”

With the model of independent labels becoming increasingly common in the age of digital music, is this a relationship that can be negotiated?

“You don’t [negotiate]. There is a hierarchy and you are at the very, very bottom of it,” replies Hope.

“Because as a musician…you don’t have money to put into stuff, so you get tricked into believing that you need people. But nobody can own your creativity or your art. It’s yours, you don’t owe anybody anything. It comes truly through within, and from you, it’s a gift. These people that want to bottle it up and sell it, they still can’t own you”.

Millie is more optimistic about the shift. “I hope so. I hope by the end we make a model that’s more sustainable for artists. And being independent. I just want better things for all artists. I want people to own the masters, that’s not a crazy thing. I want people to own what they create. Then all these hours, slaving away in the studio, to ridiculous hours, I want people to see the results of that, whether you make one pound or a million pounds. I just think to myself, there’s someone out there who’s the next Amy Winehouse, Bill Withers, Whitney Houston, and if they’re not allowed to be who they need to be, I don’t think we’ll ever get to see them, because it’s not what’s in right now. That’s my biggest fear, for the world to sleep on all these talented people.”

Fortunately for Hope and Millie, it is doubtful The KTNA will be slept on. Through their persistent pursuit for creative freedom, the twins have allowed time and space for an organic evolution of their own unique sound. Coupled with their open and honest approach to writing songs about the full human experience (the good and the bad, the light and the dark), The KTNA’s cosmic reach and resonance can only expand with time.

OWT is out now via Platoon. Life Under Siege will be released on 9th August.