The Last Word festival is running at The Roundhouse, London, through to June 22nd, billing itself as ‘blurring the lines between spoken word, music, circus, and cabaret.’

On Saturday 15 June it’s the turn of some members of the incendiary Steam Down collective to take to the stage: Brother Portrait, Nadeem Din-Gabisi and Germane Marvel perform Words, Rhymes and Steam.

In the spirit of the event, we asked the trio to compile a list of their favourite beat poets. 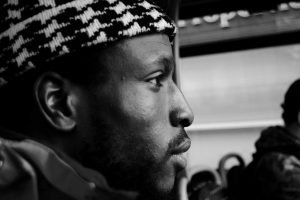 Brother Portrait writes poetry, prose, musings and music. Before Steam Down, you might have caught him with Vulpes Vulpes or with the Naew Funk poets, or maybe trading bars with his black/other brothers…

Kareem been a farda f’dem. Line for line, one of the illest. His humour, incisiveness and tenderness a killer, caring combo. Your laughter turns gasp then a breathless gaping mouth. His words all hugs, loving nudges and soft punches to get your attention, letting you know he’s got you. I saw him read once, noticed how he printed out his poems and pasted them in his notebook. I do that sometimes too.

I first saw Amaal read in North West London, poem after poem without break, the whole room clutching throats and holding hearts. The only rest an apology for devastating us, no apology needed. Every word was needed. Her photography and film work is of course poetry too. I’ve been fortunate enough to walk and talk and all the while be captured by her lens.

A fan of her voice for a while now – I like how her words, especially when read, sit you on a swing. With falls and rests at the top of the arc as if your toes are still on the ground. I’m particularly moved by her recent work on histories of slavery, ancestry and revolt. Check her film Mother Tongues, an intergenerational conversation and translation project between writers and their mothers shaping words into their native language.

Some Bright Elegance, his first pamphlet, is too is a fitting description of his way with words. I first heard him read about nightlife and dancing, memories that matched mine. He went on, playing with form and moving through themes. Resting at two poems, tributes to late parents. It was beautiful. Kumukanda, his first collection, won the Dylan Thomas prize. Low key mans got bars too and when moved will cut a rug, rugged. 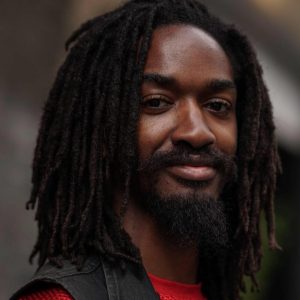 Germane Marvel is a playwright, poet, philosopher and a pianist, who recently co-wrote and performed in Battersea Arts Centre’s award winning, five-star show Frankenstein: How to Make A Monster. He is particularly interested in exploring the place where art, science and philosophy meet.

Saul Williams stacks layer upon layer of meaning in his verse. He’s a true veteran of free expression. In this clip he plays a vulnerable character in prison about to get shanked. He uses his words as a weapon to distract and free both himself, his potential attacker and all those within earshot. This is what art is about.

Kate Tempest is a South East Londoner, and she lives up to her name in her performances. There are two special things that stand out about Kate. First is her presence. She is fully present, fully in the moment. Secondly is her rare ability to create new mythology, exemplified in this work captured by Battersea Arts Centre.

Belinda Zhawi is part of the Steam Down Family and a formidable poet. She too is a Londoner, via Zimbabwe. This piece is a little bit about her journey to London. She carries a loving strength with her voice, and has the power to move you to be nostalgic about things you had never imagined let alone experienced. 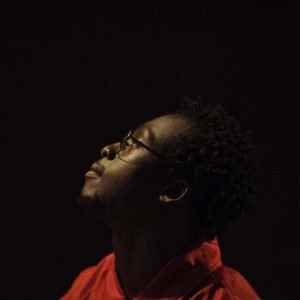 Nadeem Din-Gabisi is a visual and sound artist, DJ and poet. His work is centred around the re-presentation of the Black image, pertaining to people of African Descent and the limitlessness of what it means to be Black, other and more than that.
He is currently working on a project called POOL at Somerset House, due to be performed on the 2nd August 2019.

Re-invention. Polemical Heart that shook ground so new things could be born(e).

Simplicity belied the complexity and depth of his verse. Like Haiku poets, teach you how to saw a lot with a few.

The video is not ‘strictly’ his ‘poetry’ as he would usually recite it but is an engaging insight into a world that he spoke to in his work, the world of Alter destiny.

Keep an eye on all things Steam Down on their site.