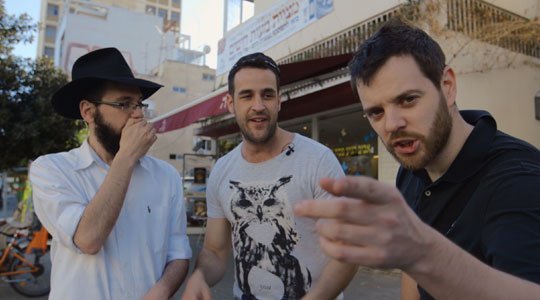 Alex Hoffman, head of music at Vice, was living in an obscure town in Israel when he first came across a Hebrew Israelite community of African Americans in the Negev desert, who spoke Hebrew in an American accent. Fascinated by this unique cultural identity, he thought it’d be great to make a documentary about it. Fast forward a few years, Hoffman revisits the “Holy Land” with UK rapper Mike Skinner, to find out more about Ben Blackwell—the Chicago born rapper responsible for Israel We Go Hard—and other rappers and producers that make for the hip-hop scene in Israel and Palestine.

In this first episode, they meet with Tamer Nafar of D.A.M., or known as Da Arabian MCs, who were the first ever Palestinian rap group. “The situation here seeps into everyday life”, it begins. And this inevitable cross over of politics and social issues with music is something we see throughout the series. With Skinner’s informative questions, Nafar tells of how he initially struggled to rap in Hebrew because the rhyming didn’t sound right, but he cannot escape the slangs his neighbourhood created, his environment, and his identity. It seems like, though the production team set out to make a documentary about music, politics steered almost every conversation. That’s not to say the series were without funny, touching parts—in episode two, Skinner akwardly tells Ohad Cohen, an orthodox Jewish rapper after he freestyles, that their track “goes ham”.

The coming episodes will see them hanging out with Cohen, Tel Aviv hip hop/pop star Subliminal, and other musicians who together give this region such rich social culture and diversity. “Alex did a beautiful job of finding as many people, that can just tell the story of what it is to be young in Israel and Palestine,” Skinner says in a Q+A after the premiere last week. “I was a bit afraid people would ask my opinions about this trip, because I know way less than I thought I did after [it].”

The rest of this series will be available on Noisey. 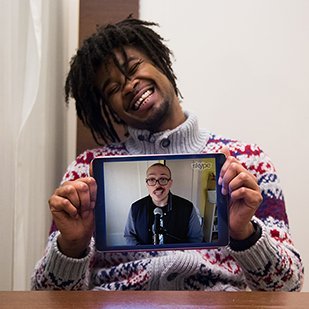 On Track with the Needle Drop – Danny Brown

Danny Brown joins the Needle Drop for a rare video interview over Skype. 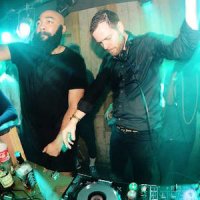 No need to worry about the political situation

Mike Skinner says we’re a creative bunch - a man who knows his stuff, a meticulous, stickler for the vibe, Mike Skinner has all his senses on lock down. 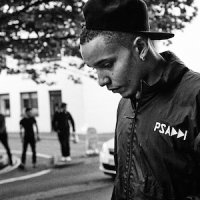