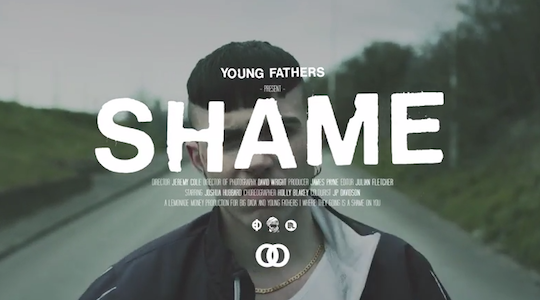 Young Fathers‘ Mercury award last year for their debut album Dead wasn’t quite on the same scale as Greece’s implausible victory in Euro 2004, but it was enough to restore a bit of faith in an awards ceremony that until recently had become a blandly self-congratulatory procession for Radio 1-aping folk pop.

We last saw the trio perform at OnBlackheath Festival last year in what was admittedly not the best fit, considering that it was mostly populated by dad’s clutching The Daily Telegraph in one hand and a gourmet burger in the other. But regardless, there was no doubting their gusto on stage, and its this energy that permeated Dead and has again been a driving feature of their second album, White Men Are Black Too.

Have a look at the video for Shame, the first single taken from the new album below. 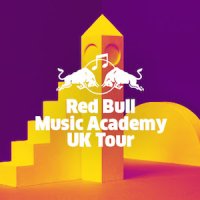 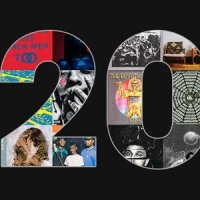 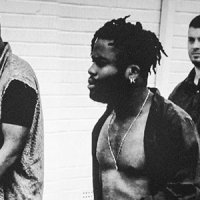 It’s second time lucky for Bonafide and Young Fathers. The last time we tried to speak, 12 months ago, the email wires got irretrievably tangled amid the rigours of a gruelling three-month American promo trek for their full debut Dead.