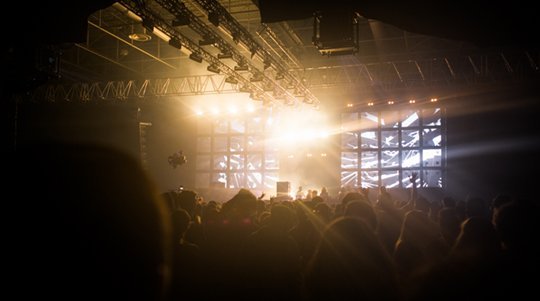 In an industrial, dystopian world where paper money doesn’t exist, concrete has crept into every corner and techno reigns supreme, Weather Festival thrives. Set in what was the first airfield to serve Paris and with a bizarre skyline of rocket ships, aeroplanes and constructed stages, Weather is a festival a little ahead of its time.

Wandering the vast greyness, Friday night was spent trying to find a programme. Alas, at this futuristic festival The App held all knowledge; updated schedule, artist information, maps, social media links, the lot. We wondered whether there would be more to Weather than the Spring Stage and a performance from Tuskegee – barely engaging enough to warrant lifting your eyes from mindless scrolling on your screen – but there was, and then some.

It’s almost incomprehensible that the Autumn Stage was the last to be found; an immense aeroplane hangar, the scale somewhat overwhelming. Entering was like walking in on an alien invasion. Thousands of ravers stood silhouetted against lights and lasers which beamed from the rulers of the stage; Adam Beyer and Ida Engberg. French duo Sounds of Silence preceded them, off-centre and face to face they played a cheekily off-beat, danceable, techno set. 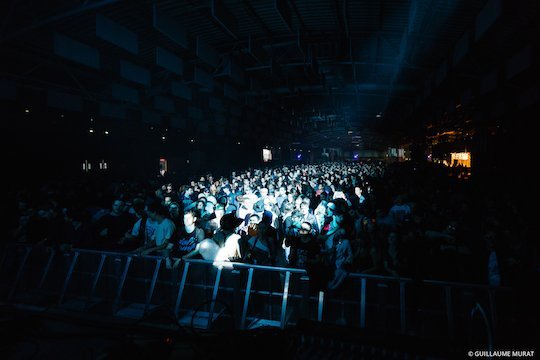 Saturday saw the other two seasonal stages open and hundreds more Stan Smith Adidas arrive. The Summer Stage was an oasis of green in a desert of grey, it seemed light-years away from the industrial hanger. The programming catered for a more Bonafide sound and with the funkiest man on earth on the line up; Egyptian Lover we weren’t leaving anywhere fast. Opening the stage, Sampling As An Art (S3A) did exactly that with inflections of hip-hop and disco he magically manoeuvred his way through record after record, always staying one step ahead. A jungle track in the middle of The Black Madonna’s set gave those two-stepping Stan Smiths a well deserved break and MCDE brought some Latin rhythm out the bag. However, the weather must have heard Robert Hood pitching up his hip-hop classics to within an inch of their life as the rain came driving down and everyone dipped for cover.

The Sunday shone and illuminated the grayscale dance floor in a golden hue. Weather picked up, Ricardo Villalobos and Zip played a tight set to a now sun kissed crowd. Finally, to experience Londoners, Hessle Audio, in such a relaxed and personal setting was a fitting end. Their three hour set timed to perfection, day became night and Ben UFO’s injection of African sounds brought the space-age weekend conclusively to a flying (saucer) finish. 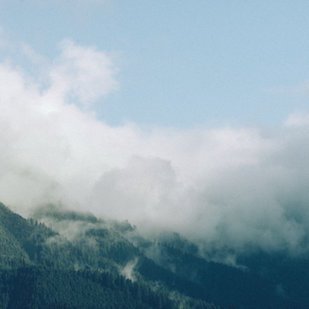