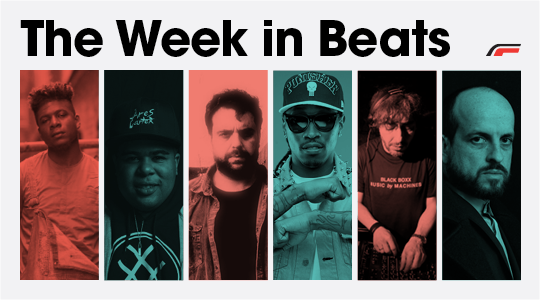 
Caribou – Mars (DJ Tennis Rework)
The fact that Caribou’s Our Love is still churning out high end remixes a year on speaks only of the qualtiy of Dan Snaith ‘s original work. This new roller from DJ Tennis is exactly what you’d expect from the Italian producer – house music with bags and bags of emotion squeezed into its every crevice.
ILoveMakonnen – Leave It There
Makonnen’s autotuned croon is in full force on his new ballad Leave It There which features Sonny Digital behind the dials. Cheesy lyrics are par for the course, but Makonnen’s heartfelt delivery saves it from sinking into shmoozy territory.
Future – Blow A Bag
Blow A Bag isn’t the most haute of concepts from emo rapper Future, but his appeal never lay in his ability to deconstruct the meaning of life. His sound is the distillation of Atlanta’s trap scene that has taken over the world, and this new melodic slice taken from forthcoming album Dirty Sprite 2 does exactly what it says on the tin.

https://soundcloud.com/mickjenkinsmusic/get-up-get-down-prod-by-stefan-ponce-thempeople
Mick Jenkins – Get Up Get Down
Mick Jenkins isn’t afraid to wear his heart on his sleeve as we heard on the voracious The Water[s] last year. His hot streak shows no sign of letting up on new track Get Up Get Down which is pure drugged up fire from the Chicago emcee.


Move D – Gottwood Mix #001
One of the most eulogised DJ’s around, Move D continues to awe with everything he touches. His two hour disco mix taken from Gottwood Festival last month is simply a joy to the ears, as he draws for the likes of Late Nite Tuff Guy‘s Hold Tite and the classic Stand On The Word by the Joubert Singers.

Matthew Herbert – Essential Mix
Through his many guises, Matthew Herbert has always retained a penchant for the weirder edges of dance music, heard mostly through his 12″ series on Accidental. He stepped up to Pete Tong’s Essential Mix last week and it ran the gamut from saucy electro to industrial techno, all mixed in front of his pet tortoise. Listen to it here.