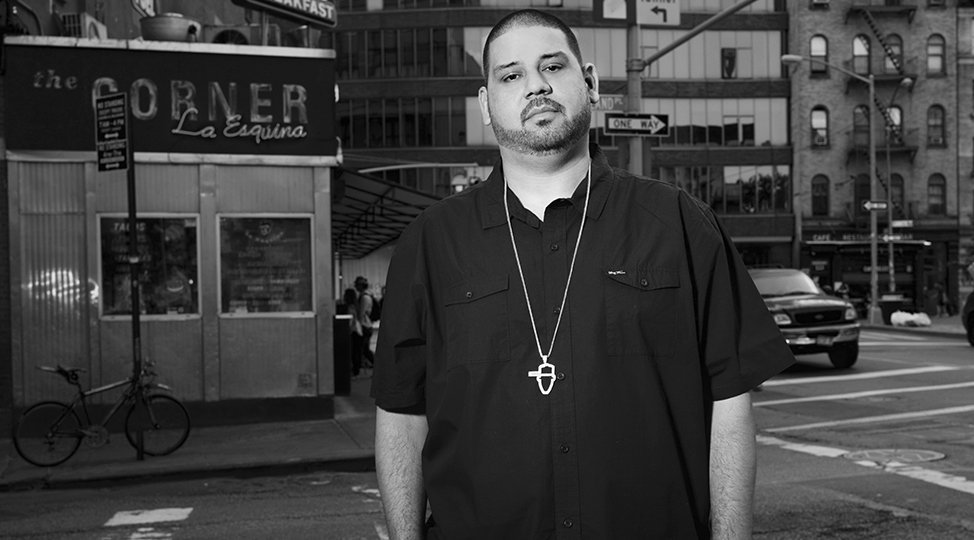 Despite being one of the most illustrious figures in New York’s house history, Kenny “Dope” Gonzalez doesn’t ooze the ego and bravado you’d expect. His warm Brooklyn baritone bubbles on the other end of the phone as he talks about life on the road with triplets and what he sees as a new chapter ahead. Instead of basking in the glow of former glories, he describes the perpetual hunt for new music, upcoming releases on his recently re-launched Dopewax imprint just before dropping a roof-ripping set at London’s sold out 51st State Festival.

The last thing you’d call Kenny Dope is a one trick pony. His 25 year career has produced a vast catalogue of astonishing range and quality including chart-smashing classics via multiple monikers and over 800 remixes for the likes of Michael Jackson, Madonna, Donna Summer, The Brand New Heavies, Earth Wind and Fire to name a few. Writing a brief introduction about the man is virtually impossible.

Kenny Dope’s broad scope of interests and penchant for melding different musical forms puts him in a league of his own. He seems to embody everything that the current scene lacks, a “head” in the purest sense of the word. His record collection now soars well above 50,000 including some extremely rare 45s; he is owner of not one but two labels Kay-Dee and Dopewax; the former specializing in physical re-issues of funk, hip-hop and the latter aimed at the dancefloor. His punishing touring schedule sees him bounce around the globe on a weekly basis. He’s a busy man.

While he might best be known as one half of the iconic house duo Masters At Work, Kenny Dope has always maintained a concrete identity as a solo artist outside of the house music scene and his partnership with Little Louie Vega. In fact, the words Masters At Work didn’t pop into our conversation at all.

“It’s a constant journey to stay innovative and stay on top.”

25 years in the music industry, where’s your head at right now?
I feel like it’s a brand new start, I’m playing for a whole new generation. Obviously I have an existing following, but the older generation doesn’t go out like before so it’s a whole new audience now. I’m fortunate to still been doing this after 25 years. Right now it’s all about connecting with new producers and hunting down a lot of new music, a range of different styles which is all house music to me at the end of the day – regardless of the names that people feel they have to call things. It really feels like a brand new start.

You seem to be someone that bridges gaps with your music. You make and play music across the spectrum and also have a way of reviving classic music like we’ve seen recently via your Kay-Dee imprint with the Nuyorcian Soul Project. Is that something you strive for?
That’s part of it, the re-introduction of good music. Sharing good music with people is what’s what it’s all about. That’s why I really started Kay-Dee 14 years ago. At the time I was playing these really rare 45s and kids were coming up to me and asking about them – so I started finding out if those tracks were available for licensing and then reissue them. I have always been like that – even as a kid I’d like to share music and would play the weirdest things and see people’s reactions. That’s what it’s about for me: playing different styles and keeping it fresh all the time. Sometimes it gets a little crazy because when you collect and play so many different styles and you get so many different DJ bookings but you don’t know what specific crowd it will be – so it can be a challenge but it’s fun.

You started your career in a record store when you were 15 and since then you have taken on many different music industry roles – producer, DJ, label owner. How did you go from working in a record shop to making and releasing records?
You learn every day. Today I’m still learning. 30 years later. I’m constantly reading, constantly educating myself, constantly listening. Every day. That’s why when a young kid acts like they know everything I’m like, “C’mon man, I’m 46 years old and I’m still learning”.

“Now I can knock out three or four songs in eight hours. It’s all accumulated in the brain.”

I am still trying to sharpen my skills and sharpen my craft every day. I’m constantly looking to see what’s out there – the latest plug-ins and programs being released. It’s a constant journey to stay innovative and stay on top. With records it’s the same thing – there’s always a record you’ve never heard before; there’s always the next DJ who plays something you’ve never heard before – what’s so amazing is that so much music has been recorded all these years and you’re constantly learning, searching and being influenced, which is key. You have to keep the process going so that you absorb the influences and keep creating. So to answer your question, it’s a little bit of everything that makes things happen.

Gig-wise you’re going to be really busy over the next few months. How do you maintain your productivity?
It’s hard but I’ve trained myself. You put all your ideas in your head and when you get into the studio you knock them out. Especially now that my time is limited – it’s not like before when I was 18 and I could play and test things for hours and hours and hours on end. Over the years I have created a certain flow of how I work – these days I won’t go into the studio for three or four days. Now I can knock out three or four songs in eight hours. It’s all accumulated in the brain. But the challenge is that (I’m at the) point in my life and at my age is that you forget other things, which drives me nuts. You have so much clutter in your brain but I’m trying to work it all out so that everything gets done.

It’s tough. We have labels, we have babies, we produce, we DJ, we travel. There is a lot going on but it’s better to be busy than not and I’m really happy right now. It’s a team effort. The team is great and we’re trying to develop a bigger team and that’s what keeps it going.

“It’s not like 1990 when you put out a record and it gets distributed to 40 countries and people know who you are. Today it’s very different, you have to be active and there are so many tedious little things like Twitter and Facebook but it is what it is and it works and we’ve seen it work.”

The word “team” is relevant to the festival you’ll be playing in London over the weekend, 51st State. It’s a celebration of the roots of house music and the line-up features a mammoth list of US pioneers. Does it feel like you’re sharing the stage with your team? Is it a team effort?
Definitely. I’ve known a lot of the artists playing for years and we all have different styles. Everybody is going to bring their A-game and bring their piece to the table for the crowd. And like I said, everybody plays a different style so the crowd is going to get a lot of different flavour on the soulful tip. I have done the festival before – it was great, I had a lot of fun before, it’ll be fun again.

What’s in the pipeline from your side?
There are a lot of releases on Dopewax currently and we’ll be releasing a lot of music from new artists, fresh new talent. Music from all over the world. Plus I have the weekly radio show on Rinse FM which is great because I get to deal with a whole new generation and, like I said, I feel like I’m starting over.

We have a lot of ground to cover with the music and the labels, with the DJing, the radio show and the social media – it all works hand in hand. It has to get done. It’s not like 1990 when you put out a record and it gets distributed to 40 countries and people know who you are. Today it’s very different, you have to be active and there are so many tedious little things like Twitter and Facebook but it is what it is and it works and we’ve seen it work. The plans are created for the releases, the artwork and other elements and we see the impact it makes when everything is aligned. It’s important because there are so many people doing this. Every kid is a DJ. Every kid can make beats in his room. There are so many releases coming out constantly.

Right, once you have created a good record, the biggest challenge is making sure people know it exists.
Exactly, the hard part is making sure people know it’s there. We are able to find anything online, we can order anything on the Internet but if you don’t know what you’re looking for it’s useless. I always say YouTube is great but you’re only as good as what you type into it. It’s challenging, but we love challenges and we keep pushing forward. I feel blessed to be doing what I do and to be so busy.