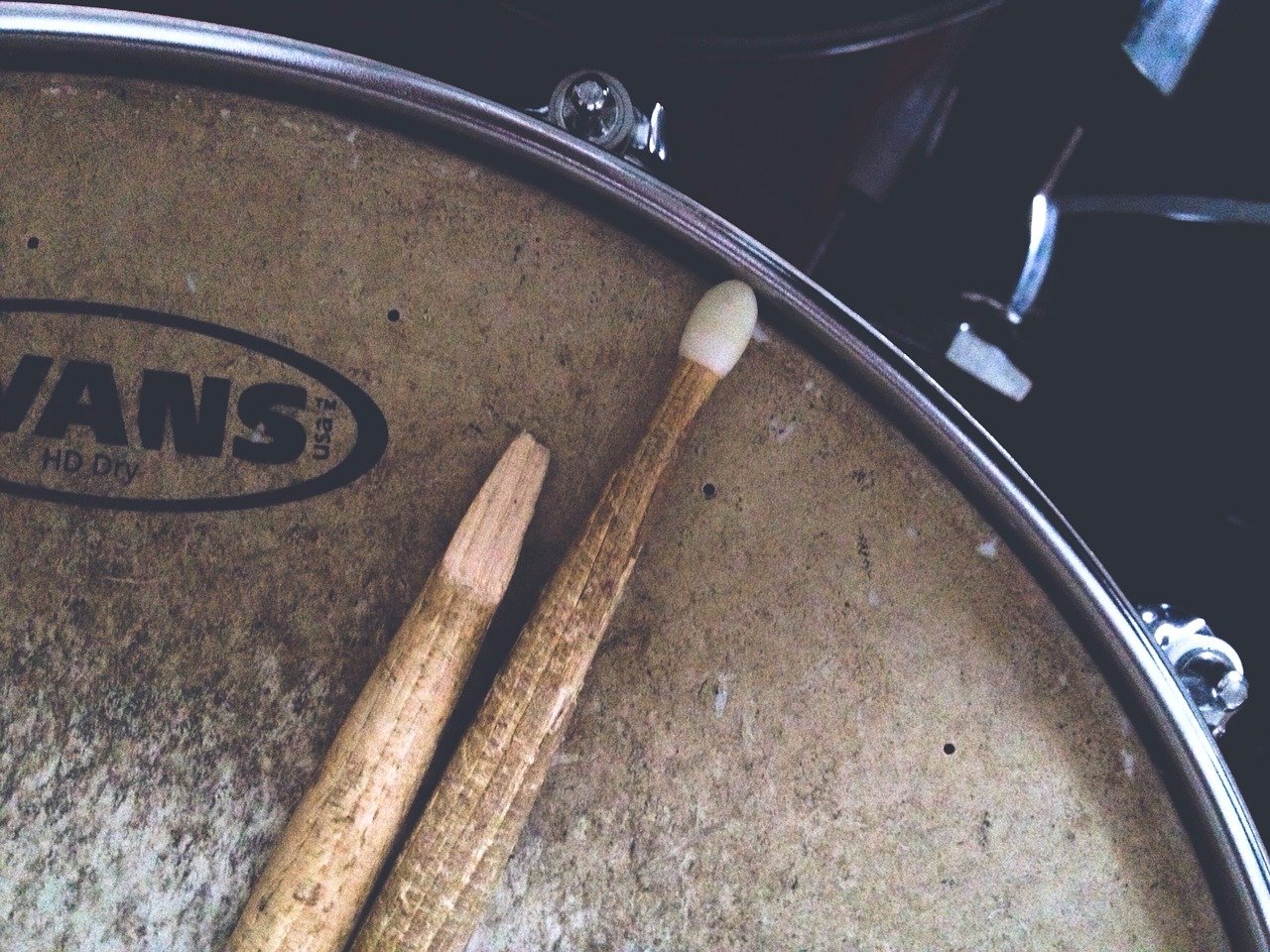 Drums and percussion instruments, in general, have a crucial role in almost every genre of music. This importance has spanned continents and centuries, from the very early drums made from gourds to the electric drum kits of today. Read on for a full – but brief – history of percussion.

The Invention of Drums

This is largely debated as no one knows precisely when drums were first created, as the very concept of hitting something to create a beat is ancient. There are even members of the animal kingdom who have the instinct ingrained in them, and they use it as a form of communication. Take the Macaque monkeys as an example; they have been observed hitting objects to create a rhythm in an effort to assert dominance. Apes do the same thing by hitting their chests.

However, the earliest discoveries of man-made drums, which are somewhat akin to what we would expect of a drum, were found in Neolithic China. These ancient drums were made of animal hides and wood or clay and were likely used in rituals or for shamanic purposes.

A History of Drums Globally

Examples of ancient drums can be found worldwide, from Africa to Asia to the Middle East to Greece and Syria as well as China. Many ancient civilisations found a way to fashion a rudimentary frum from animal hides. Among the earliest examples of percussive instruments are idiophones made from mammoth bones that date back to 70,000 BC. Idiophones produce sound via a vibration of the entire instrument.

Some of the earliest iterations of what could be recognised as drums today have been seen in Mesopotamia and Egypt. They used frame drums which are composed of drumheads stretched over a frame which is not unlike the method still used today. The first emergence of the iconic five-piece drum kit can be traced back to the jazz scene in New Orleans in the early twentieth century.

A Timeline of Drum Use

The use of drums in ancient civilisations is a source of speculation, scholars can make educated guesses, but arguably no one can say for sure what use drums had for these cultures. It is likely that ancient drums had a more practical use than the drums of today. The earliest definitively known use of drums dates back to the medieval and renaissance period. At this time, drums were used for wars and battles. They kept the time of a marching battalion and sent messages across a battlefield.

This tradition continued into the 1800s as drums were still favoured by the military to send signals during wartime. For example, drummer boys in the American civil war were expected to learn dozens of different drum calls to relay messages to the troops in battle.

The 1900s saw the emergence of drum use for leisure into the mainstream. Although during this time, the budget for percussionists was exceedingly low, and so musicians were expected to play as many different percussion instruments as they could. This time saw the first manufacture of the drum pedal, which was extremely innovative. This invention freed up the percussionist to use both hands to play more instruments.

This newfound freedom for percussionists led to a lot of experimentation. They began to add more instruments to their sets. One such instrument that withstood this test was the hi-hat cymbals which remain as a standard for drum sets today.

As mentioned above, the jazz era led to the creation of the five-piece drum set, which was then widely adopted by musicians. However, it was rock ‘n’ roll that really began to popularise drums and drumming. This era’s work in popularising drums is what made drumming more accessible and more widespread through different musical genres.

Nowadays, drum set ups still look similar to those of the jazz musicians in the 1920’s except they are hooked up to amplifiers. Electric drums have seen a rise in popularity, although acoustic kits are still preferred for their sound and rebound. Drumming remains as popular as ever, with many musicians deciding to take it up. Although getting ample practice time is vital for those learning to play the drums is exceedingly difficult for learners. Having space to practice can be invaluable, especially if drumming at home isn’t feasible due to neighbours or even other inhabitants of your house. Pirate has studios and rehearsal spaces across several countries; if you need a rehearsal space, they will likely have one near you.

The innovation of drumming and drum sets continues today, with musicians constantly modifying their sets and looking for new techniques and instruments. Drums, as we know them, are bound to continue to shift and morph as the needs and opinions of the audience change in the coming years. Musicians are often looking for newness, new instruments, new genre-bending sounds.