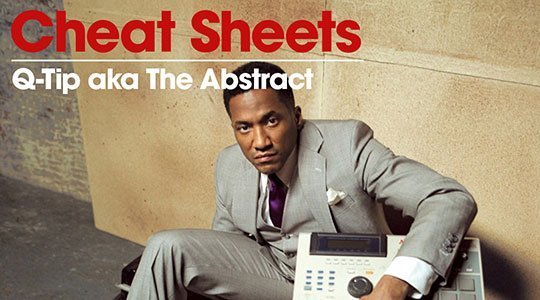 Rifling through the history books to get acquainted with the legends of hip-hop lore can be testing to say the least, with many not knowing where to start. To help you ace that test, we over here at Bonafide will be putting together detailed memos providing the lowdown on rap’s great and wonderful. Like concise CliffsNotes, these ‘Cheat Sheets’ will cover all bases, telling you everything you need to know about everyone worth knowing.

It’s been a rollercoaster of a month for the ground-breaking group A Tribe Called Quest and the band’s ardent fans, with Phife Dawg’s passing weighing heavy on our hearts. As we continue to pay our respects to the Five Footer and the rest of the crew, we celebrate the musical contributions of the influential group by doffing our hats to Phife’s partner in rhyme, MC Love Child – Q-Tip, the poet. Marking the news that the beloved rapper has been named the first ever artistic director for hip-hop culture at the John F. Kennedy Center for the Performing Arts, we take a look at the life and rhymes of the man known to many as The Abstract Poet – hip-hop’s Zulu Man.

Aliases
A prodigiously gifted man, the multi-talented artist has just as many names as strings to his bow, also going by: The Abstract, Kamaal, Tip, MC Love Child, Zulu Man and The Abstract Poetic.

Claim to fame
Simply put: Q-Tip is a founding member of one of the greatest groups of all time – across all genres; A Tribe Called Quest, pioneering a distinct and hugely influential sound that can still be heard loud and clear across the musical soundscapes of rap and R&B.

Alongside the likes of De La Soul and The Jungle Brothers, Tribe helped to create and define the look and sound of backpack and alternative hip-hop, wedding smooth jazz and boom bap rap to stunning effect, each and every single one of their albums celebrating the wonderful marriage of the two genres.

With Tribe splitting up in 1998 after the release of The Love Movement, Q-Tip would go on to launch a successful solo career, releasing three albums and collaborating with a wide range of acts, producing, featuring as a guest on several records and penning a number of chart-topping hits.

“Every time he (Q-Tip) made a record he would change the sound of hip-hop.”

Trademarks
A bonafide legend, Q-Tip is known all over the world for his easygoing demeanour, unique voice and soft-spoken delivery. He is hip-hop’s jazzman, taking to his MPC like Ron Carter to his double bass; his improvisational approach to music-making very much akin to, or at least reminiscent of, his heroes – legends of America’s first art form – Freddie Hubbard, Lee Morgan and Ramsey Lewis.

Magnum Opus
Few acts can claim to have produced three back-to-back classics, particularly in the short space of three years. Between 1990 and 1993, Tribe laced music fans with arguably the greatest hip-hop trifecta of all time, their first three records simply outstanding.

As far as Tip’s solo efforts are concerned, you’ll be hard pressed to find many fans that don’t hold up 2008’s excellent The Renaissance as the rapper’s finest individual offering. Q-Tip’s production as stellar as ever, Renaissance showcases the full force of Tip’s sprawling brilliance, his talent veering off adventurously in different directions to take us listeners on a fun journey of pure dopeness.

Songs to Check Out
A Tribe Called Quest: do yourselves a favour and cop their whole catalogue.

For Abstract the soloist: peep Let’s Ride, Breathe and Stop, Vivrant Thing, Gettin’ Up and Believe.

Best Videos
For the most part, ATCQ videos are things of simple, fun-loving beauty, their visuals reflecting the affable, endearing spirit of their best songs. Be it Bonita Applebum or Award Tour, Can I Kick It? or Scenario; Tribe always came through with compelling videos to capture the imagination, their mini movies charming spectacles for all to enjoy.

Standout Features
Besides wrecking shop on Tribe records, The Abstract has taken a few rappers to town on their own tapes, going toe-to-toe with some of rap’s greatest names and stealing the show on several cuts. Tip’s standout features include guest appearances on tracks like De La Soul’s Buddy, Black Sheep’s Le Menage, and an unforgettable showing on Janet Jackson’s Gone Til’ It’s Gone.

Credits
A Tribe Called Quest records aside, Q-Tip – on his lonesome or as one-third of the production collective The Ummah, alongside J Dilla and Ali Shaheed Muhammad – has produced some of the best beats for the biggest names in music. He has worked with the likes of Whitney Houston, Mary J Blige, John Legend and Jay-Z; crafting several classics, including Nas’ One Love, Mobb Deep’s Give up the Goods and Mariah Carey’s Honey.

Quotes
“Industry rule #4080, record company people are shaddyyyyyyyyyy” – Check The Rhime
“What good is an ear if a Q-Tip isn’t in it?” – Johnny Is Dead
“Joni Mitchell never lies” – Gone Til It’s Gone

What They Say
Discussing Tribe’s influence on hip-hop, Questlove wrote in a Billboard op-ed: “The first time I heard A Tribe Called Quest was a trip. It was on a trip, actually. I was with my family in California in 1990, and I stood in an endless line to get into The Arsenio Hall Show. My ears were getting a glimpse of the future, courtesy of the music on the PA system: A Tribe Called Quest’s People’s Instinctive Travels and the Paths of Rhythm was like nothing I had ever heard. It was stylish, funny, jazzy, soulful, smart and everything else. Tribe was socially conscious without being too self-conscious about it. Q-Tip was telling stories and drawing characters with a light touch that went deep, and the samples dug into the most amazing corners of ’70s music.”

Detailing just how impactful Q-Tip’s production was (and still is), Pharrell, interviewed on Benji B’s Radio 1 show, “The Story of Q-Tip”, said of the rapper’s groundbreaking compositions: “His music just seemed to lift me – every track.”

Speaking on Sway In The Morning, Mark Ronson echoed Skateboard P’s sentiments, remarking: “Every time he (Q-Tip) made a record he would change the sound of hip-hop.” 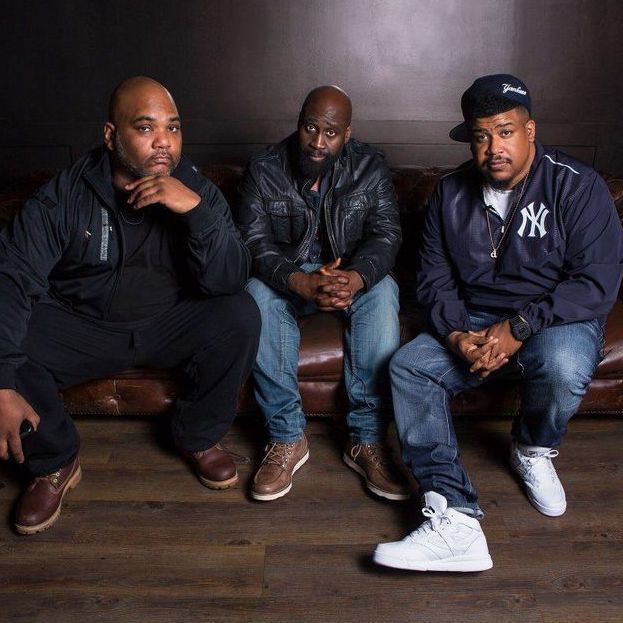