“It’s been really good to get a good reception. I always like to see what kind of response we’re gonna get, and we’ve been getting a hell of a good response, man. It’s been very good. It just surprises me to see how far back people are familiar with my catalogue. I love it.”

It’s no surprise that people have a little background knowledge on the two figures behind The Midnight Hour, currently in the midst of a European tour which continues until mid-May. Adrian Younge has spent the last few years proliferating vintage-constructed music of the highest order both for his own widescreen projects, and offering fresh perspectives and collaborative contexts for Ghostface Killah, The Delfonics and Souls Of Mischief amongst others.

Then there’s his partner in The Midnight Hour, a collab which has become much more permanent – the legendary Ali Shaheed Muhammad. Adrian recruited the Tribe Called Quest producer as narrator for There Is Only Now  (2014) from Souls Of Mischief, a role which Adrian’s friend RZA had fulfilled for Twelve Reasons To Die (2014) with Ghostface.

“I didn’t know him at all, I was just a fan. We met for Souls Of Mischief and immediately became close. We started working together, and didn’t even realise we were making the Midnight Hour album until we started looking at the amount of music that we had together.” 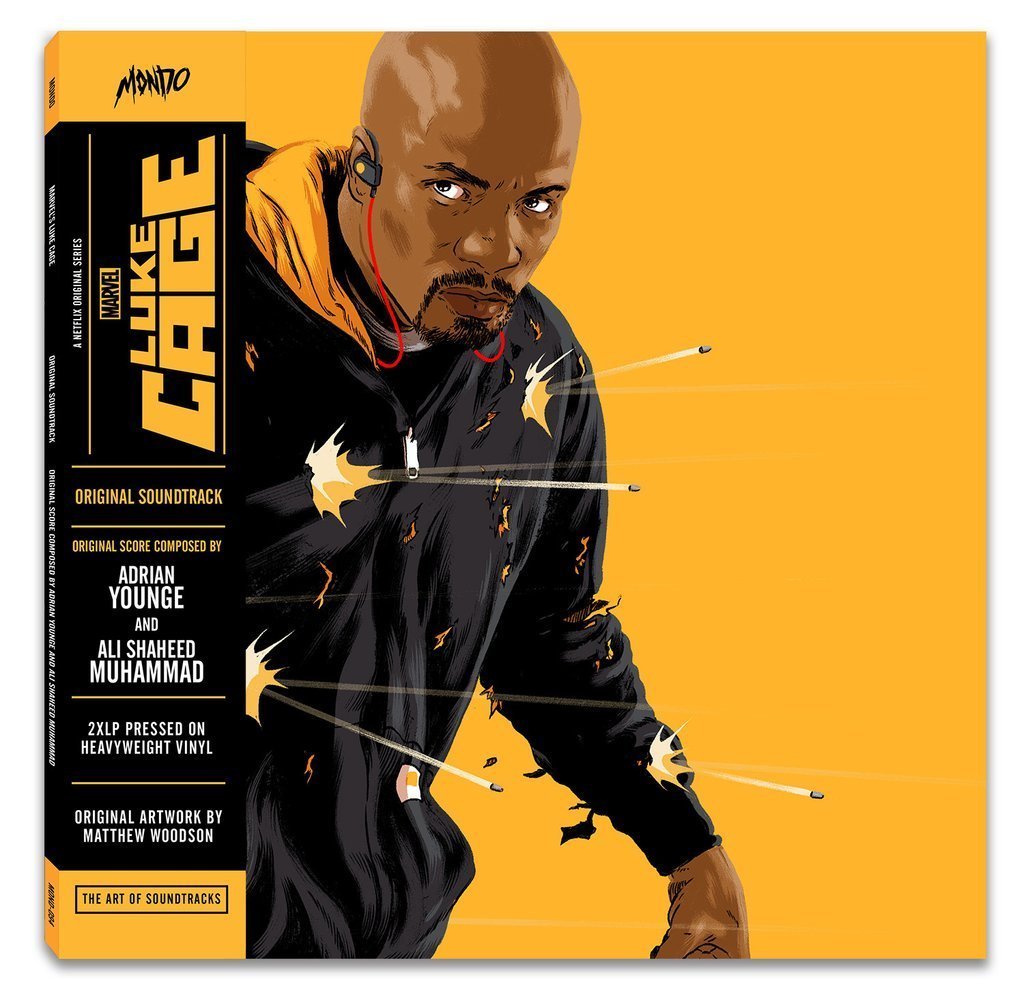 Luke Cage brought the duo sailing into the mainstream, the Netflix and Marvel co-production suddenly spreading the distinctive Younge vintage sound into living rooms, headphones and laptops across the world. Arguably defining the character of the show more effectively than the actors onscreen, their symbiosis with showrunner Cheo Coker made music integral to the narrative of the series, not least because of Harlem’s Paradise, the club central to the story.

“Us doing Luke Cage actually just made us better,” recalls Adrian. “We had to create so much music for Luke Cage in such a short period of time, it forced us just to get better at what we were doing. We’d get clips from Cheo, and we’d write music to what we were watching.

Listening to the Midnight Hour album paints a narrative all of its own, cinematic flourishes throughout conjuring up a wealth of imagery. This is impacted further by the release of an alternate version of the album, The Midnight Hour Live At Linear Labs, which offers insight into the different beast which the live show is. “We want people to understand what the live version sounds like because even though it is the same music, it is different, and secondly we want people to be able to experience our live energy as much as possible, as they might not be able to see us. 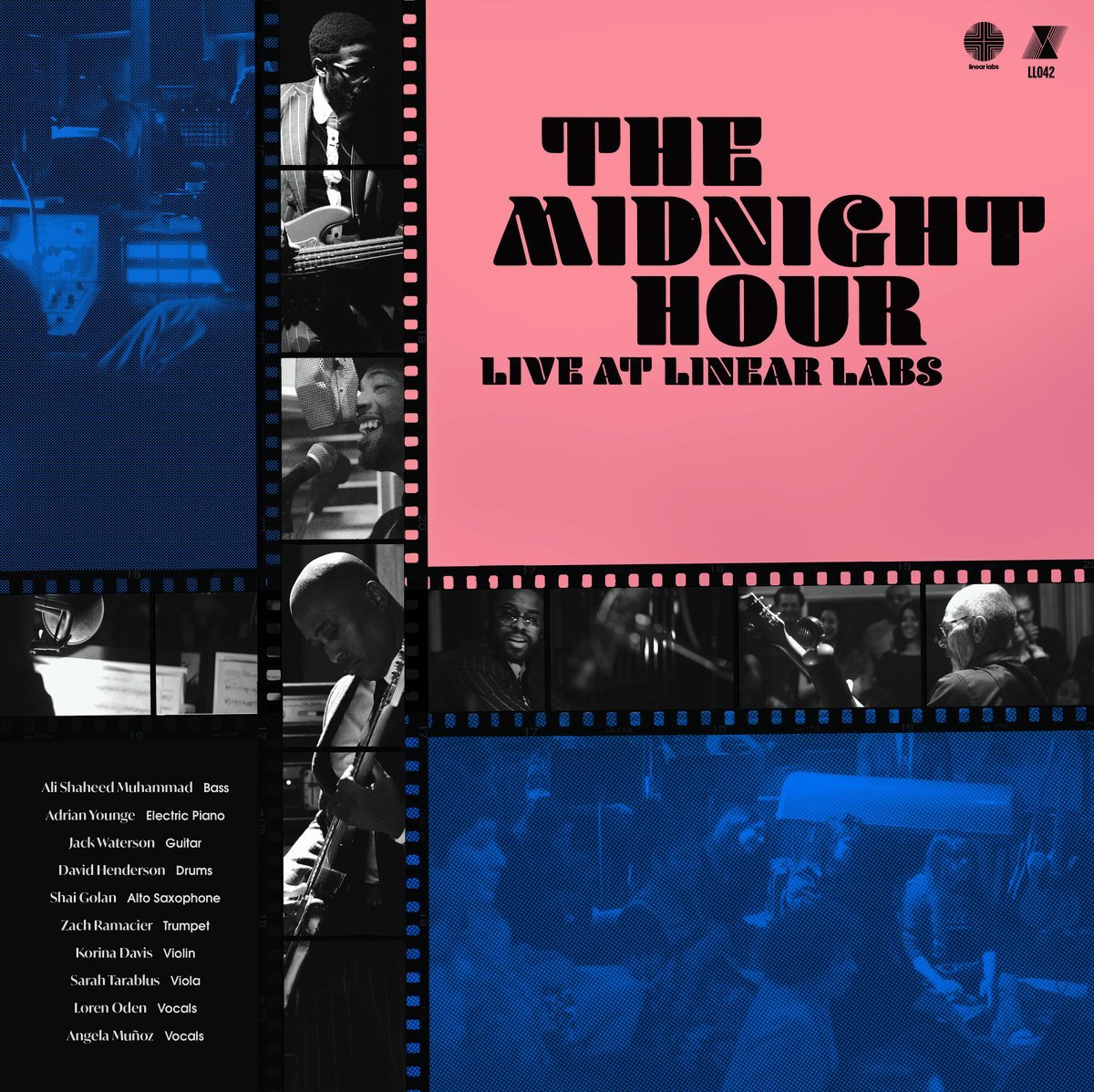 “We recorded with a full orchestra, and outside the rhythm section we’re just bringing two strings and two horns. It’s me on piano and bass, Ali’s on piano and bass, Jack Waterson is on guitar, Loren Oden is on vocals, Karoline Menezes is on viola, Stephanie Yu is on violin, and Zach Romecier is on trumpet, Shai Golen is on saxophone and David Henderson on drums. The live experience is different, though. It’s a lot more in your face, it’s a lot more dynamic, it breathes in front of you.

“Us bringing a full band and a small orchestra… people don’t usually tour with that. It’s not just a beat machine and a rapper. It’s us coming with a full regalia of sounds. And we’re all dressed in nice ass expensive suits! People don’t do that stuff anymore, so it’s us doing that for intimate audiences.”

Having spent a lifetime being formed by the samples hip hop uses, The Midnight Hour now blaze their own trail. “Absolutely. It’s supposed to be the kind of music that A Tribe Called Quest would have sampled had this music been created, in a sense – R’n’B stuff to psych stuff to straight jazz stuff.

“Moreover, it’s Ali and I taking a real academic approach on our perspective as it pertains to a lot of the original breaks that hip hop would wanna sample. Going back to those kind of records that we love so much, and making new versions – let me rephrase… continuing the conversations that were started with those kinds of records. So, doing jazz shit but have it more of a composed, symphonic thing. You don’t really see people with our backgrounds doing that kind of stuff, and that’s what we wanted to do with it. Having very orchestrated R’n’B, like a real, classy black excellence type album.

“Honestly, for us, we like so many kinds of music, we want people to hear what we’re doing and be inspired by what we’re doing. Regardless of whether it’s hip hop, or jazz, or rock or whatever. It’s just basically taking a real academic approach to the creation of raw, underground music.

“That applies to everything, so I think people are noticing it, especially the stuff we did with Luke Cage, to the Midnight Hour, all these different projects — when people understand the trajectory of what we’re doing, and realise, wait, they did this, and they did that, and they did that, they can score a film, they can do television but then they can do music just to release, they can do a psych album… all that stuff which can make people realise they can be whatever they want to be.”

The early thirties and forties, where blacks in Harlem were free to be themselves, and be lively and prolific, is a time that we hark back to.

The album and live experience, much like the club in Luke Cage, is framed as a throwback to the halcyon black music days of Harlem. “Straight Harlem renaissance classic shit. The Harlem renaissance, for those that don’t know, is basically… in the early 20th century, let’s say the thirties and forties in Harlem, it was the first real black sanctuary, that we had to be free.

Ali Shaheed Muhammad at the recording of the live version of the album, at Linear Labs in LA. Photo: Artform Studio

“There were wealthy black people. The music was vibrant. It was a community where blacks were running things.  And what came from this was some of the craziest, most beautiful music ever created. It was something that really proliferated the notion of jazz music, because jazz music is synonymous with freedom. It’s improv and free music. The early thirties  and forties, where blacks in Harlem were free to be themselves, and be lively and prolific, is a time that we hark back to. It was a real time in Black America where blacks broadcasted or purveyed the notion of black excellence and the regalness and opulence of being black.” 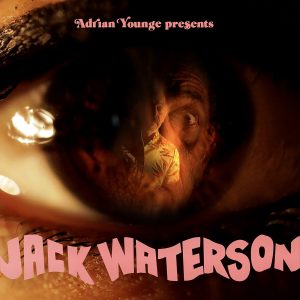 The live guitarist for the band, Jack Waterson, is an old friend of Adrian’s and has been instrumental in his education of vintage equipment. This month sees Jack drop his debut album, a psych journey sprinkled with breaks and acid.   “I’ve known Jack for twenty years. He has a store called Future Music which is a vintage instrument store. He’s the one who helped me develop my ability to  understand what vintage equipment is and how to use it. He’s been on every project I’ve done since Black Dynamite. It just came to a time where I asked him to do a psych album and we did it. It’s new songs, not old stuff. We wrote it together.”

Jack Waterson at the recording of the live version of the album. Photo: Artform Studio

So what’s next for Adrian and Ali? “We’re going to be working on a new album soon. We’re just gonna keep pushing, man. That’s it. We love what we’re creating. We already started writing the second album, but when we get off tour we’ll say okay, this is it, let’s do it.” 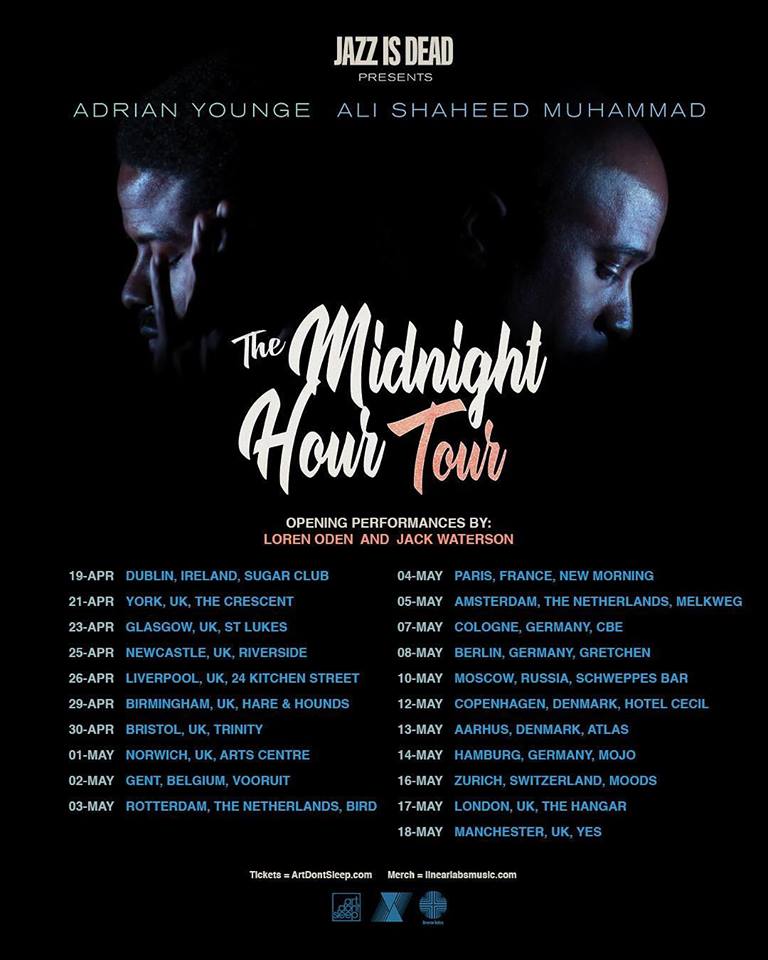 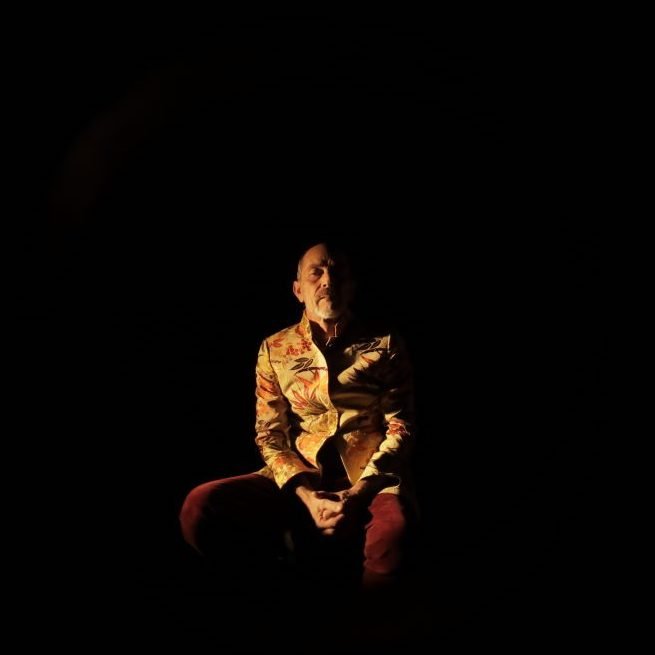 Introducing: Jack Waterson’s psych from the soul on Linear Labs

A longtime friend and mentor to Adrian Younge with an important role in the wider scene, The Midnight Hour multi-instrumentalist releases a psych-tinged full length.