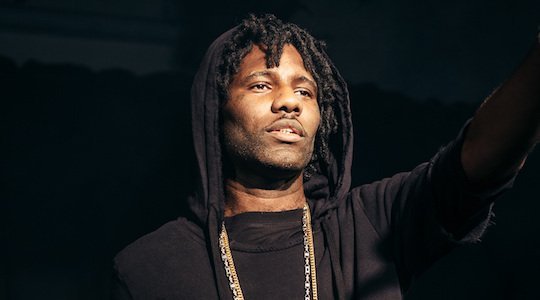 Legend has it Frank Sinatra discovered the delicious sedative powers of Jack Daniel’s one sleepless night in the early 1940s; long-time drinking partner, Jackie Gleason, recommending the famous charcoal-mellowed whiskey to the Sultan of Swoon. One rich, oaky sip was all it took and the blue-eyed crooner was hooked; the Rat Pack’s hoodlum singer falling head over heels for Lynchburg, Tennessee’s smoothest export.

So enamoured with the drink, Sinatra would often take to the stage with a bottle of Old No. 7 perched on a stool beside him like a 750ml backup singer; 80 proof of good, old time sour mash injecting some barrel-matured sophistication to proceedings. Each swig of the fine stuff was said to add a little more soul, cool and world-weary warmth to Sinatra’s sold-out sets. A little more lustre to the gold in his voice. In his words, JD was the “oil” in his Lamborghini Miura engine of a voice box. “The nectar of the gods,” he called it.

Though found in the hands of famous rockers like Keith Richards and Slash, as well as a long line of legendary bluesmen, no musician has held a glass of the amber-coloured Sippin’ Whiskey with as much affinity, affection or elegance as Sinatra; the Hoboken baritone – the man who did it his way – representing the style, independence and authenticity a bottle of JD has come to stand for, being the iconic drink’s greatest companion and brand ambassador.

Sitting in the production office of John Henry’s Brewery Road rehearsal studios, it is easy to see why Wretch 32 is the perfect fit for another of JD’s Jack Rocks events – a series of shows and one-off nights launched by the whiskey company to celebrate and shine a spotlight on great musicians making great music. Reclined in his seat, the 31-year-old emcee is a picture of poise. He is dressed in all black – from his hoody to his Y3s – looking so assured and laid-back we might as well be in his living room.

Easygoing and affable, he still possesses all the alpha authority of an award-winning rapper loved by critics and fans alike – the same confidence and gravitas that drew Sinatra to JD and JD to Sinatra. Giving off an air of effortless cool in his all-black ensemble, the man fills out a hoody the way Sinatra took to fedoras and tuxedos, suggesting he’d have been dapper enough to line up alongside Sammy, Dean and co at the Sands Hotel. To put it in clearer, whiskey-making terms: if you could mellow, barrel and bottle refinement, and then serve up a couple fingers of it – on the rocks – what you’d get is a tall glass of Wretch 32. He is coolness distilled. Hence, JD’s insistence on having the North London rapper headline tomorrow’s Jack Rocks show at Nambucca, combining the very best of UK hip-hop with the Nashville sound.

Bringing two musical cultures together, the event promises to be an exciting mash-up of genres; Wretch hitting the stage with a band of musicians from Tennessee, including bassist Owen Biddle, known for his work with The Roots; Joe Pisapia and Dom Billett. Having spent the last few hours jamming with his new band, Wretch kindly offers to give us a few minutes of his time, and, unsurprisingly, words come easy to the tall emcee. The metaphor man leans low in his seat and the conversation just flows, the topics ranging from his upcoming show to Ol’ Blue Eyes and Old Time Whiskey.

“It’s a nice feeling,” he says, doffing his hat to The Chairman of the Board and his affiliation with JD, his respect for the Rat Pack head honcho loud and clear. “You always want to be in the midst of great company, so of course it’s good to be associated with a brand like Jack Daniel’s when someone as legendary as Frank Sinatra’s long been tied to the company. It’s reassuring, and shows that I’m moving in the right direction.”

The excitement etched across his face, he looks like a man invigorated by the opportunities coming his way. Musing on why JD wanted him specifically to headline Thursday’s gig, he says, playfully: “I’m cool, man!” Laughing, he adds: “I think they were on the look for a rapper with a rock star vibe, and I embody that in many ways. They just like my music and how I manoeuvre through the industry.”

Pressed on what he hopes to accomplish with the show, he is focussed and optimistic. “I want to play my music in a way that’s never been played. I’ll be performing with the new band so I want to give the music a different feel. I’ve been talking to the guys (the band) and they are very experienced in different areas, so I’m trying to tap into what they bring to the table by providing a bit of a rock, blues and jazz element to the songs I’ll be playing. I want to explore what the music would sound like if I made the songs today from scratch with this band.”

With the gig set to celebrate a marriage of styles, wedding the UK sound with the classic vibes of Nashville, Tennessee, Wretch is visibly happy with the growing international success and appeal of the British music scene; artists like himself, Stormzy and Krept & Konan helping local artists blow up abroad in a big way. “We’ve been like the best kept secret,” he says. “We’ve been here silently chipping away. In life, these things happen – one day the light suddenly switches on. Now people can see what we can do; that we’ve got these incredible musicians and spitters. I just hope that the fans keep on paying attention while the light’s on us and stay tuned so that the light never switches off.”

“I remember being that kid waiting for someone to ring me for a verse.When you’re young and that call doesn’t come tou start thinking that no one cares.”

Much of that responsibility – keeping UK hip-hop and grime’s lights on – lies with the new wave of emcees turning heads with their fresh, youthful sounds. K Zorro is one of those artists, and the North London rhymer will be joining Wretch onstage on Thursday as a supporting act. Speaking on the importance of mentoring the K Zorros and Avelinos of the world, Wretch says: “I remember being that kid waiting for someone to ring me for a verse. For a long time, I didn’t get the call. I just desperately wanted a big artist to collaborate with me and give me the chance to prove myself. When you’re young and that call doesn’t come it’s mad disheartening and you start thinking you’re not good enough and that no one cares. So when someone finally gives you an opportunity it’s a big deal.”

“Take Mike Skinner: very early on he put me, Skepta, Tinchy Stryder, Devilman, Bossman and Frisco on the Prangin’ Out remix. At the time it was just crazy. I remember talking to Ghetts about it – because we had to fill out invoices to get paid – we didn’t even want to get paid! Mike Skinner hit us up to make a tune and he was gonna put us in a video – that was payment in itself! Till this day I feel like just having that opportunity to work with him was my reimbursement. For me to be in the position that I am in now – being able to help out younger artists – I think it’s just the right thing to do.”

“With Phife, it’s just sad. You never want to see someone you admire pass away. He was just a G, man. The day he died was a sad day for hip-hop. He gave a lot to the world. People will remember what he said and how he made them feel.”

“His passing got me thinking – it got me wondering whether he even knew how much he meant to fans all over, because sometimes you don’t really know who you are or what you mean to people. Personally, I feel like I’ve still got to work that out with regards to myself, but I know Phife was a major influence on so many people’s lives and that’s beautiful.”

Wretch 32’s Jack Daniel’s-hosted gig will be held at Nambucca tomorrow. There will be a limited amount of tickets available on the door from 7.30pm. 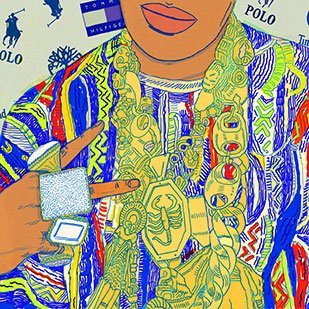