Most people are agreed that 2012 was a great year for music. In the vanguard of the new wave sits LA’s Flying Lotus, the cover star for Bonafide magazine issue 07 – get the full issue here. In this revealing feature Fly Lo provides a rare insight into the making of his album Until The Quiet Comes, collaborating and the fear that drives him to keep building.

“I’m getting there,” says Flying Lotus in his cool, self-effacing way.

It’s a typically modest assessment of a meteoric rise that’s seen the Los Angeles native born Steven Ellison eclipse the achievements of home-bred production heroes like J Dilla and Madlib within the space of just four long players, each a precision–tooled progression from the last, shooting into a rare out-there beat galaxy of his own. But while FlyLo makes it sound fantastically effortless on vinyl, in conversation it quickly become clear how much deep thought and energy this most analytical of b-boys expends in the process. He has that restless urge to create endemic in all artistic greats, yet he’s equally riven with self-doubt and the painful second-guessing of the truly driven.

“I had the feeling that no matter what I did everyone was going to hate it after Cosmogramma; like whatever I did I was already fucked.”

He certainly approached making his recent fourth album from something of a dark place. “I was kinda pessimistic,” he says softly. “I had the feeling that no matter what I did everyone was going to hate it after Cosmogramma; like whatever I did I was already fucked.”

It’s understandable given the sheer breadth and range of its predecessor – a shape-shifting odyssey that frequently dipped into free jazz while paying fulsome tribute to the inestimable talents of his recently deceased great aunt Alice Coltrane – and pulling himself out of the fug took its emotional toll. “I was depressed for a while. Eventually I went ‘Fuck it man’. I didn’t worry about those voices when I was just having fun and doing this wasn’t a possible reality to me.”

Does he have a tendency to over-analyse situations? “That’s what happens,” he confesses, “more so now than ever in my life. But I don’t wanna take anything away from over-analysing because it’s all part of the process. It’s part of makes me what I am creatively, for better or for worse.”

Half inspired by the sleep-deprivation that’s an occupational hazard for any in-demand globetrotting electronic musician and DJ – “I love playing the shows, I just don’t like airplanes, shitty food, and being cold,” he says of the perils of promotion – and half by the idea of crafting an alternative children’s album, Until The Quiet Comes traverses the murky realms between sleep and dreaming; from gentle lullabies to full-on nightmares. “From the start this didn’t really feel like a big-sounding thing,” he says. “I was worried that it wasn’t hard-hitting, but in the end I embraced it. The last album was really big sounding with a lot of bold-sounding percussion and whatnot and I really didn’t want to do the same record again.”

Part of making that a reality was changing up his approach to working in his ash-strewn Echo Park basement studio. “I try to expand the approach all the time – by using different software or adopting different tools for the production. For this one I bought a lot of new toys, some of which are now collecting dust, but those one or two tracks I made with them more than made it worthwhile. It’s fun. You have this blank canvas and just try out different strokes and colours and whatnot.

“Sometimes it starts with the voice, sometimes a kick-drum, often with making some cool percussion, but I think at the very root – at the foundation of my production – it starts with a sample and goes from there. Was there a key sample on this album? Oh man, I can’t tell you what I used,” he laughs. “Do you want to get me sued?”

Whatever samples got the juices flowing, they’re buried in a mix that’s ultimately his most organic to date, with harps, trembling bells and Thundercat’s elastic bass cushioning his harsher electronic whimsies; while a plethora of guest vocalists from Erykah Badu to Radiohead’s Thom Yorke add cosmic vocal warmth. FlyLo admits the collaborative process has shaved some of the rough edges off his studio monomania. “One thing I’ve learned this year is that the same process does not apply to everyone. Every artist is different and has his or her own way of working. They might throw a curveball where you learn something new about yourself.”

What’s perhaps more surprising is that, despite his prolific track record, Ellison regularly suffers from writer’s block. His advice? Don’t panic! “I get writer’s block all the time. I’ve now learned that it’s okay. It’s alright. You’ve just go to go through it. You’ve still got to sit in the chair… But it’s okay if you give a shit. As long as you’re still opening yourself up to music and art and creativity then you’ll get through it.”

Given that he ended up with over 50 tracks to choose from for his latest opus, he certainly beat it with plenty to spare. Yet it’s the exhaustive post-production phase that truly singles Flying Lotus out as a breed alone – a complicated game of audio Rubik’s cube that ruthlessly consigns poorer man’s gems to the cutting room floor if they don’t tally with his all-encompassing symphonic vision. “It takes a long, long time,” he admits. “It’s a hell of a process, for me at least, because I could sit and nitpick at something forever!

“Post-production on this record took from October until March. I like to factor in time to really listen to a draft of the record before anyone else hears it. It’s only then that I start getting ideas and begin to figure out where it can go and what’s missing. That’s when you come back and start tweaking, move things around until you get them right. That takes a long time.”

And when all else fails, there’s his tried and trusted formula of the whip test – jumping in the car and blasting it out full volume. “I’ve just started doing it again. I write differently knowing that I can play it in the car really loud. It’s become a real psychological thing that makes me create bassier tunes just so I can really feel them when I drive.”

Given his storied lineage and familial links to the Coltranes it’s easy to assume music was an automatic career choice for Ellison. Far from it. His twin teenage obsessions were films and video games, and it was only when his cousin Oran bought him a Roland MC-505 Groovebox that his focus started shifting on its axis.

“Oh man, that meant a lot on so many levels,” he starts. “He had the same machine and I used to go to his house and mess with it and really get into it. It was like another video game to me. It was a big deal ‘cos they cost $2,000, but I didn’t ever feel that there was pressure to make music. I just thought of it as a fun thing, although perhaps there was a secret part of me going ‘Maybe I can show my cousin something too’.”

It was also a taste of freedom – the compositional process flowing freely and intuitively from the off. “There was no YouTube or anything telling you how to make tracks like so and so, it was just fun. My cousin wasn’t making the kind of music I was interested in – he was into Prince back then – so I didn’t have any mentors in that respect, although I loved Dr Dre and a lot of west coast hip-hop.”

But with his sights firmly set on film school he began to reappraise his options after a stint interning at Stones Throw in the mid-00s, transfixed by watching the likes of Peanut Butter Wolf and J Dilla working first hand. “That whole experience was crucial to my success,” he admits. “I got to see people doing what I love doing and succeeding through art. But even then I’d be thinking, ‘What if they did it like this? It would really fuck the whole game up. It would be awesome.’ So I saw a lot of opportunity and a lot of possibilities. Watching them work made the idea of becoming an artist tangible.”

“There was no YouTube or anything telling you how to make tracks like so and so, it was just fun. My cousin wasn’t making the kind of music I was interested in – he was into Prince back then – so I didn’t have any mentors in that respect, although I loved Dr Dre and a lot of west coast hip-hop.”

And while his first stab at a long-player (2006’s jerky version of the dream, 1983) reflected its troubled genesis – recorded at his grandmother’s house in the dead of night – the learning curve has been ludicrously steep since. So it’s little surprise FlyLo is already assessing where to travel to next. “Right now I feel the need to go more inward, so I’m thinking that for the next album I won’t collaborate at all. I say that now, but I don’t know…”

One definite ambition is to write the music for a feature film. Last year he live-scored Harry Everett-Smith’s avant-garde cult feature Heaven And Earth Magic onstage in Michigan, while he regularly prescribes the movie tag to his albums. “I like to think that my music is visual. And while it’s nice to be well regarded in the beat world, I definitely want to be making cool soundtracks and get into the film game. I’d love to do a sci-fi film. Take a real stab at it.”

Whatever lurks around the corner, one guarantee is that Ellison will give it his all with no half measures. “I could have easily make a pop record if I wanted to, something commercially acceptable, even a little more club-friendly,” he muses, “but I think doing that stuff comes from an ego place. I’d rather do stuff where I can remember the day I made it and what I was feeling. I make records that have a story that relates to my life. At the end of the day I can look back on everything that’s come out so far and not feel bad about it. It’s all come from an honest space.” 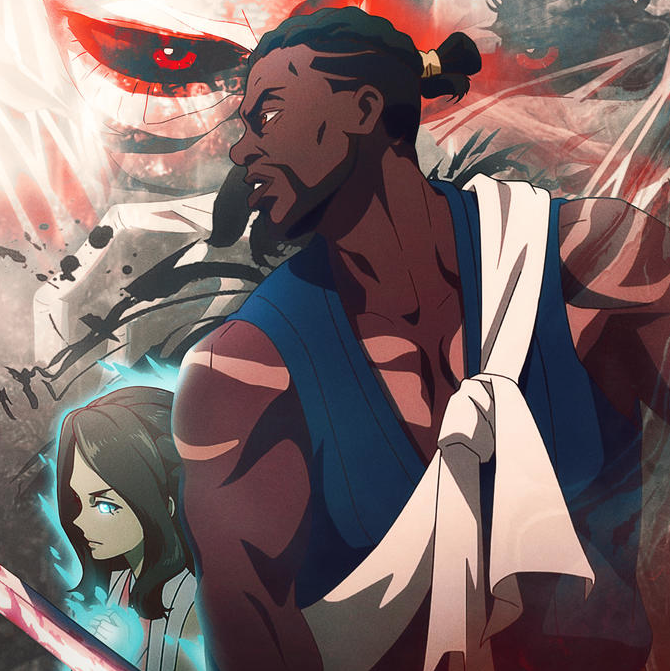 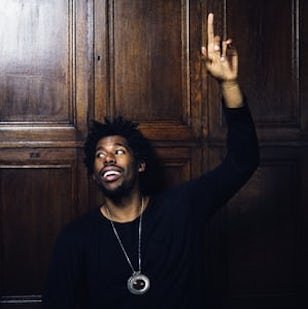