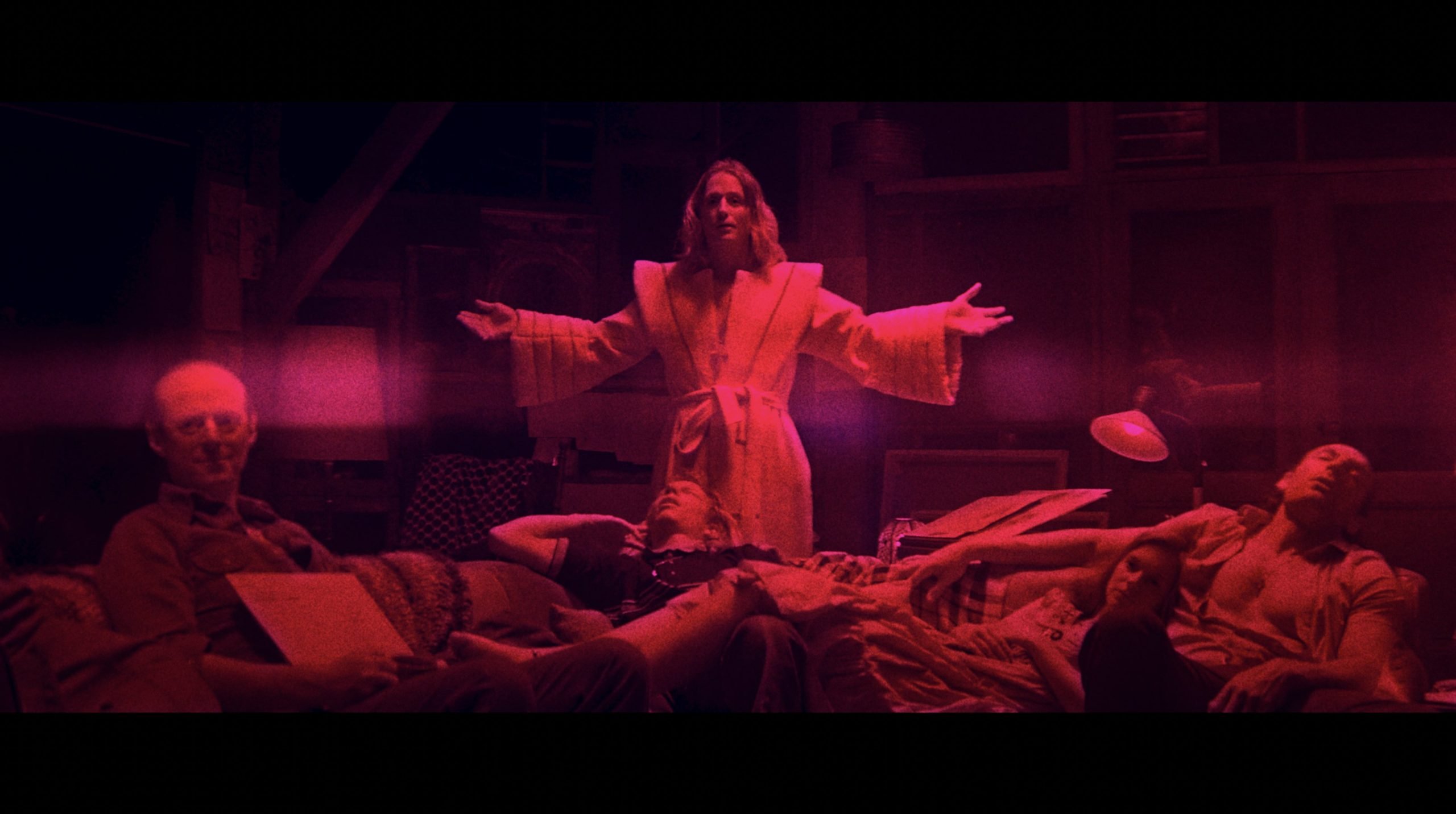 You may have heard about Nicolas Cage’s soon-to-be-released-in-UK-cinemas fantasy hell-ride, Mandy.

One YouTube commenter nicely sums up: “When Nicolas Cage is the sanest person in the movie, you know it’s gonna be interesting”. 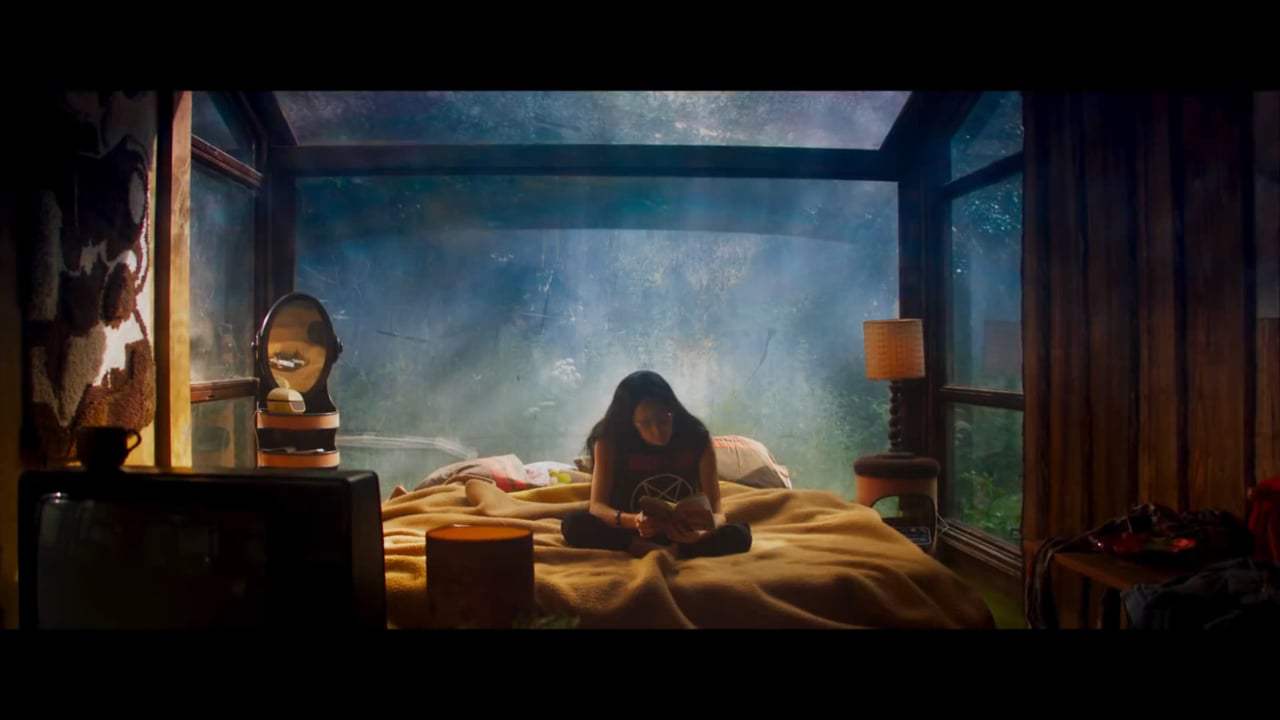 Here’s the logline:  In the Pacific Northwest in 1983, outsiders Red Miller and Mandy Bloom lead a loving and peaceful existence. When their pine-scented haven is savagely destroyed by a cult led by the sadistic Jeremiah Sand, Red is catapulted into a phantasmagoric journey filled with bloody vengeance and laced with deadly fire.

No need to go on, you had us at ‘phantasmagoric journey’. Everybody loves those, right? A quick Google search revealed this definition: ‘Phantasmagoric –  having the appearance of an optical illusion, especially one produced by a magic lantern’.

So, the film is essentially an utterly mad surrealist revenge tale with the sumptuous look of a Clive Barker movie. The artwork below certainly evokes the kind of low-budget top-shelf horror VHS you’d only get to watch at a friends house when you were 14. (For those old enough to remember the days of video rentals). 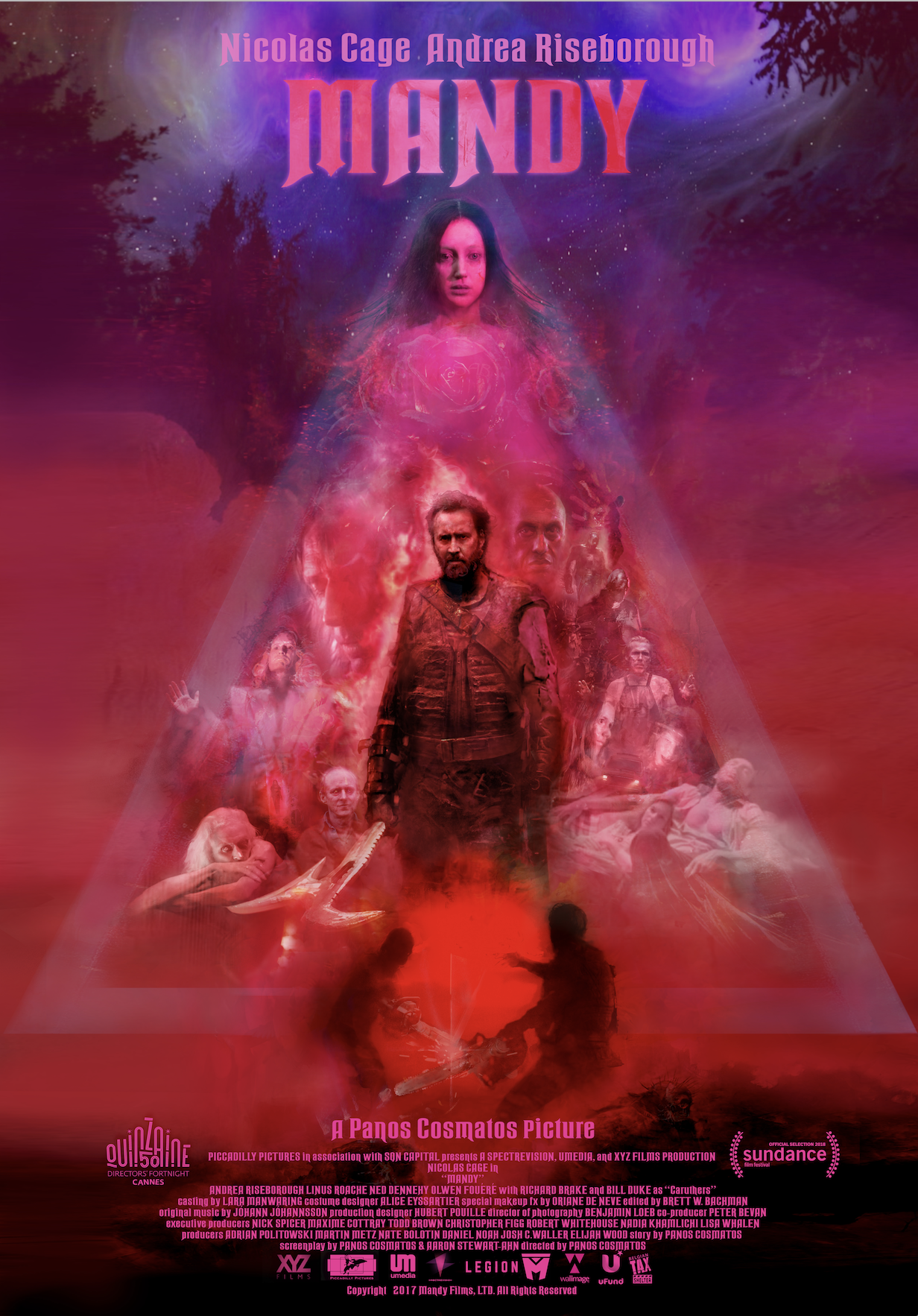 It’s been on a limited run in the US already and reviews are overwhelmingly positive. They suggest an experience akin to the most stylish bad dream you’ve ever had – but with a soundtrack by the late Johann Johannsson.

Mandy is directed by Italian/Canadian filmmaker Panos Cosmatos. His 1st film, Beyond The Black Rainbow, is another dark marriage between the avant-garde and the viscerally surreal. It was described by Slant magazine as “the cinematic equivalent of LSD”. Cosmatos clearly owes a debt to the aesthetic tendencies of fantasy horror B-movies of the late 70s and early 80s. A rich period for visually dazzling terror, so no bad thing. Let’s hope the film actually makes sense too though.

Beyond The Black Rainbow

Either way, this combination of stylistic flavours makes for one of the most tantalising cinematic prospects this year.

Mandy will be premiered at the BFI London festival on October 11th. Tickets are available now.

Enjoy the mind-bending trailer below.

(So you like films? Watch our award-winning sound exploration series, Field Trips.)