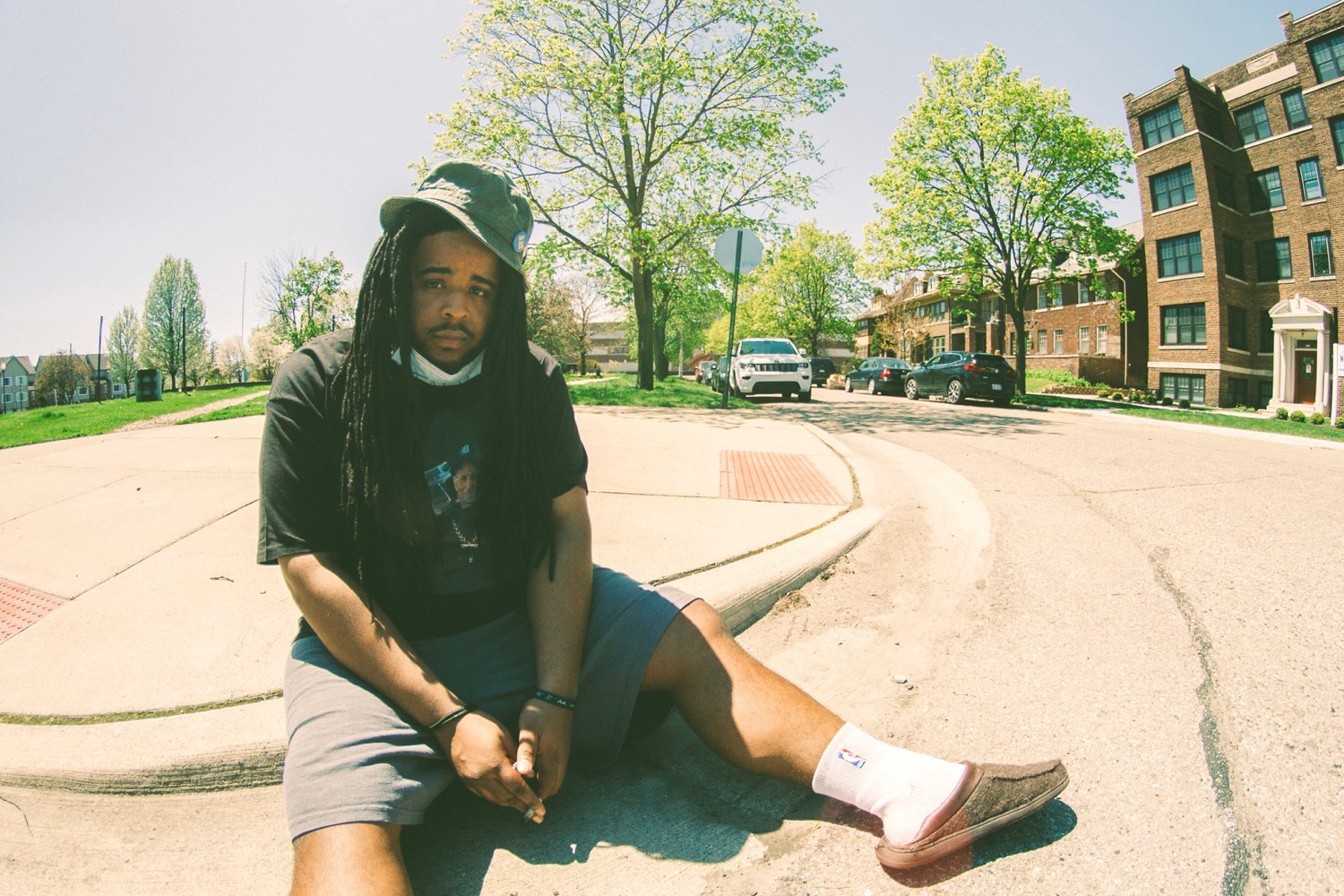 NOLAN THE NINJA releases a pair of surprise singles that he premieres below, which find the acclaimed Detroit artist successfully flirting with new sounds and styles.

EYE SAY aims to return feet to the dancefloor after a long hiatus – NOLAN co-produced the track with close pal VIBSNDS, while DELI slows proceedings down a bit over a hypnotising beat.

You can hear both tracks premiered below – NOLAN took some time out to catch up with us about current goings on as a bonus.

Has lockdown been inspirational or mind-numbing, and why?

I’d say a bit of both. It’s been mind-numbing because you can’t really go anywhere or do anything. But whenever that spark of inspiration comes through, it’s easier to get done in a timely manner due to open availability.

On a wider note, how has your local area coped with with the fallout of covid? Has it stoked creativity or devastated people?

Some people are being stubborn and not taking proper precaution. But I think that’s everywhere, though. In the early stages of COVID, it was tough because my Grandmother caught it. She raised me, so to see her suffer like that for over a month was different. She’s like superwoman. I’ve never seen her in a hospital bed or anything until the pandemic hit. That’s when I knew it wasn’t a hoax.

What have you been consuming recently—aside from music—books, media, film, games, food? Has any of it formed influences on your production or lyricism? 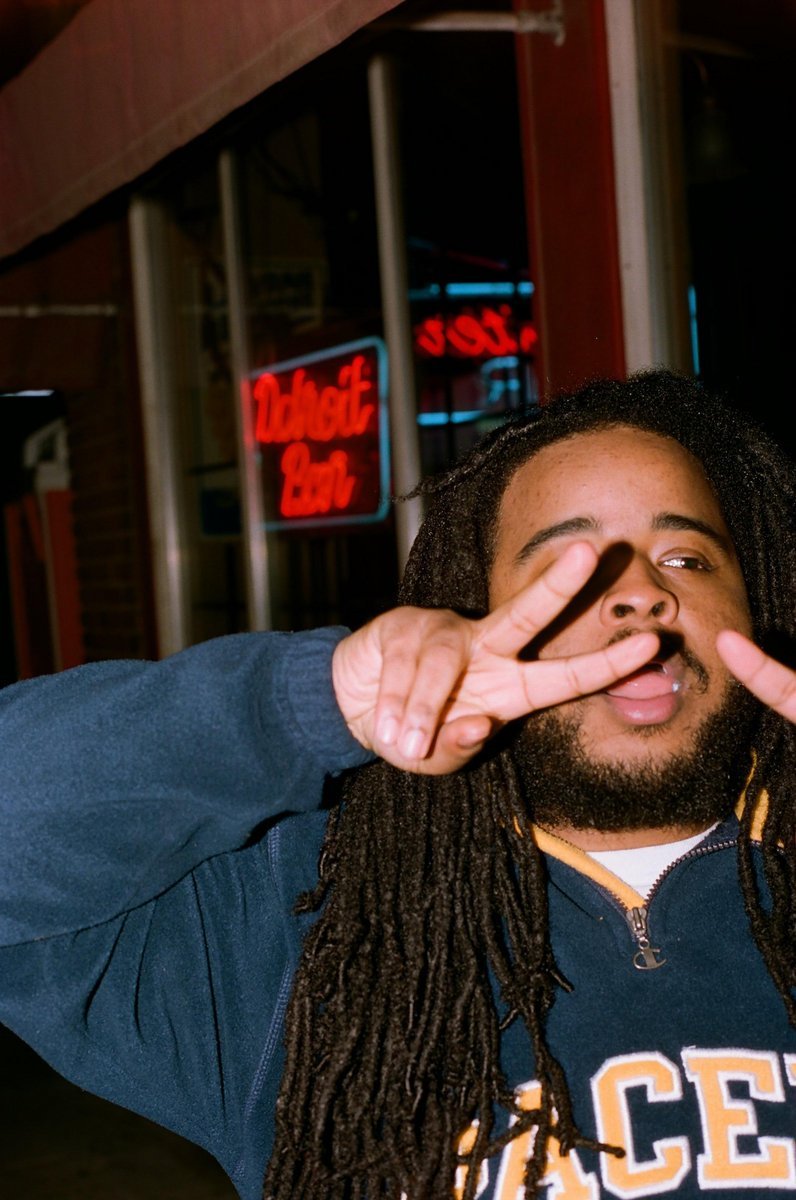 For starters, my lady is vegan so I’ve been exploring that side of things all summer and it’s been dope. I’m currently reading the Jay Z book by Michael Eric Dyson. And I’m watching whatever’s good [laughs]. I could spend a day just watching DVDs of mine then binge-watch a ‘90s show on Netflix or Hulu the next. It all depends on my mood or schedule really. But it’s cool because by doing this, I’m getting a lot of visual ideas for the future. Or I may see something and come up with a line based off a scene then finish the rhyme from there.

Out of those two, what came more naturally to you and why?

The visual ideas come easiest but between beats and rhymes, I’d say production because I had time to really explore different sonics…I tapped into a different zone.

What are you listening to currently?

What have been significant turning points for you in terms of how/what you write or produce?

I’ve been playing my recent stuff daily. Like over and over and over [laughs]. This new batch of sounds definitely has me hooked. I feel like I’ve finally found my pocket. Not just with raps but beats and videos too. I see things so clear now! But I guess that’s how the path goes, right?

These tracks feel like a fresh angle from you, how have you approached this new music differently?

I’m learning to take my time. My prior work was full of energy. Sometimes, too much energy. But now that I’m older, I’m understanding the value of pacing yourself. I wish I could re-record all of my stuff and make it crispier.

With Spotify’s Daniel Ek causing controversy recently by talking about continuous engagement with fans, rumblings on my timeline have included boycotting the service. What’s your position on how you get your music out there and for people to actually buy it and not over-saturating yourself – has that position changed over time?

First off, I think the streaming game helps. It’s a way to get your music to everyone around the world without going the traditional route of having a label bridge the gap. We can take control of every step.

I love Bandcamp. I’ve literally been living off my Bandcamp sales for the past four to five years. And people are still buying it. Like stuff I made when I was still living at home damn near ten years ago. Whether I have new music coming out or not [laughs]. And guess what? I see pretty much all of that. And that’s a pretty dope feeling. I’m glad I invested in those outlets when I first started to around 2011-12.

What else would you like people to know about your new music?  Please discuss/intro these two new tracks of yours for us.

This new music is me 100%. Before, it was me but I had different people in my ear telling me how I should do things and whatnot. I let that slide all last decade. But 2020 until whenever I feel like hanging it up, I’m doing me exactly how I see it. If you can’t f*ck with it, no worries. I’ll be around so maybe next time!

But these new loosies are just cuts that didn’t make the new album. I recorded them in New York too, shortly before I began to mastering for my new LP. Speaking of which, it should be out in a few weeks!