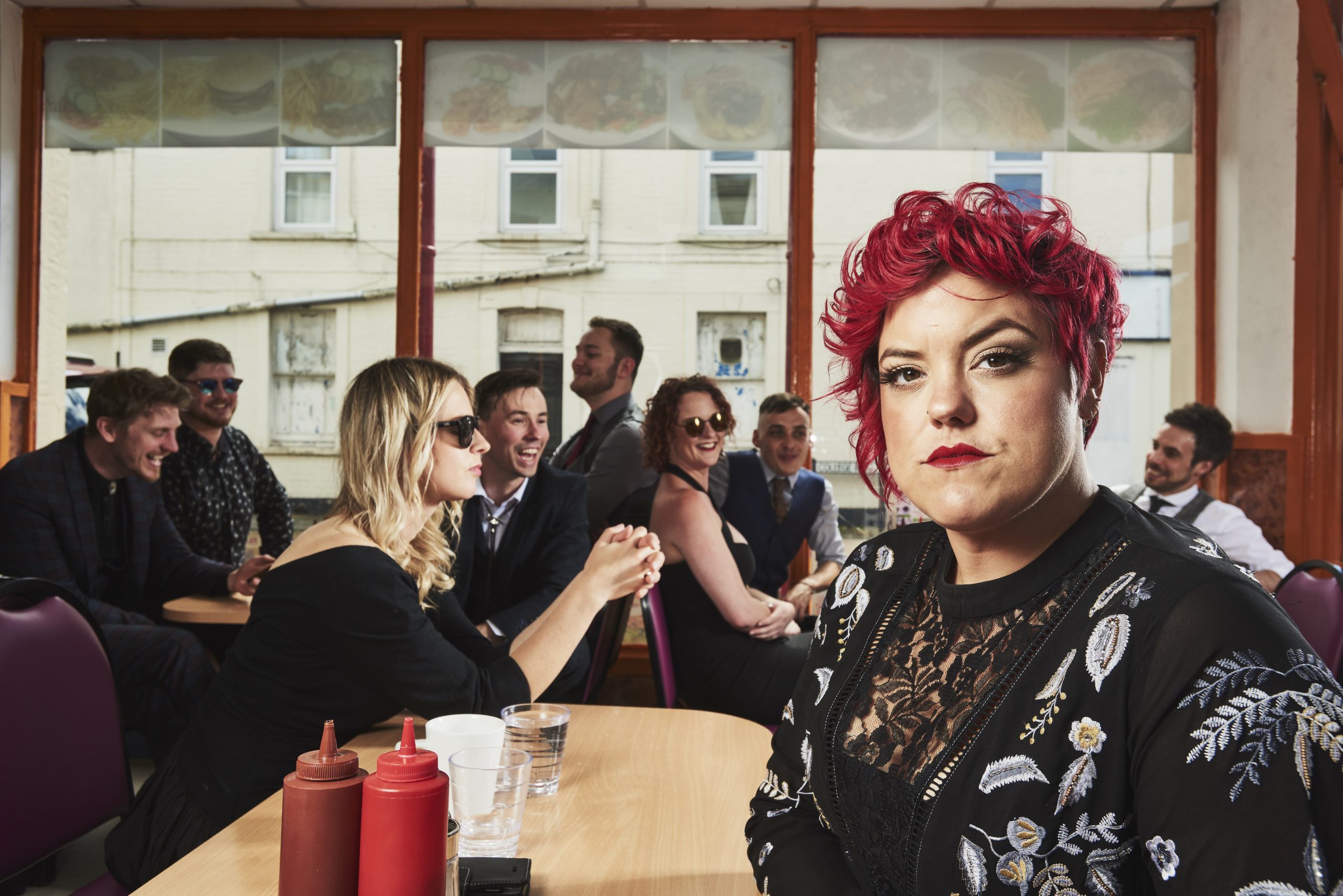 Why do I find it so hard to love you?
When I know in my heart that I want to?
I’ve been putting you down when you aren’t around
I’m letting you down every day
I’ve been messing around when you’re out of town
Why do I keep on running away?

When Hannah Williams was sampled for the impactful 4.44 by Jay-Z in 2017, it was fair for most of the music consuming public to assume the sample (for the way that No I.D. cut her vocal up made clear it certainly was that) was an unfamiliar but immediately warm rare soul classic. Not only a great single for Hov, the song acts as the core of the whole album, his response to Beyoncé‘s Lemonade.

Late Nights & Heartbreak, produced by the legendary Malcolm Catto (The Heliocentrics, DJ Shadow), stands very firmly on its own two feet as a modern soul reflection, a restrained ode to relationships that culminates with Hannah absolutely belting out her heart for the final chorus.

The video for the track tells its own story, narratively guided by the experienced vision of director Nick Donnelly. Nick co-founded a creative outlet called Urban Kingdom who are no strangers to video-making, having handled a range of artists in the past.

Together with her band The Affirmations, Hannah returns October 18th on Record Kicks with her new album, 50 Foot Woman – for the title single, they’ve called upon Nick’s skills once again to tell a new story. “It was written about the excitement and anticipation of performing,” explains keys player and songwriter James Graham.

“The verses convey that hyped up feeling you get before going on stage – those moments can feel like forever, and are really special.

“It’s also a song about defiance. Regardless of what anybody else thinks, we’re on stage doing this, and we love it, and we’re not going to change for anybody else but ourselves. It’s an extremely positive song, ultimately about freedom of expression, liberation and empowerment.”

Nick constantly has projects on the boil and certainly isn’t one to sit still. Despite being constantly on the grind, he’s definitely one to stay out of the spotlight and doesn’t usually talk about his work. Luckily, I’ve worked with Nick before for his Wu Tang documentary School Of Shaolin, so it was a pleasure to chase him up for an insight into the process of creating the video and how it was working with the band again, plus ask what else he’s got going on.

It’s been a couple of years since you last worked with Hannah and crew – what have you learned making the video this time around?

“Career wise, the band were more evolved from 2017, when I directed Late Nights & Heartbreak, but I think it’s important to go into every project with that same raw enthusiasm, so none of us had any pre-conceived ideas; we all agreed that whatever we produced had to be so different from the first time we worked together so there wasn’t any formula to rely on.

“I personally learnt more from this experience as a director because it was completely out of my comfort zone; with Late Nights I wrote the video inspired by the record but this was different because the band already had a perception of the video.

‘Hannah Williams & The Affirmations are, I believe, one of the freshest musical acts to arrive in the UK in the new millennium.’

“They’re used to throwing ideas at each other, so they are really cool to work with when it comes to finding a solution we all can get behind. In the editing process they surprised me because they really pushed me to find the tempo with the cut and so we went back and forth a few times – every time I would throw in crazier stylistics that I pulled from some of my rawest rap videos that I haven’t used for years and so from a technical perspective, I got quite a kick out of the image of ‘the woman’ being cut like a 20 year old rap artist.

“I love the energy at the end of the video, that was all Hannah, the band and the label’s suggestion because they understood the music more than I did. It’s really nice for a director and the band to have such a natural relationship that we can represent each other’s work in such new forms and get to that so casually. It’s not criticism in the post production process, it’s creativity, that’s something I’ve learnt over the years.”

What was the genesis of the process?

“I was on holiday visiting ‘older’ family who are ex-pats, and my day consisted of karaoke and bingo at one in the afternoon whilst people twice my age were getting drunk and enjoying themselves. I felt like if they had stayed in England they would be miserable and complaining about the weather and politics – instead they had so much more passion than the youth who are indulged in their phones and status.

“Jai from the band called me but I said we’d speak when I got back to the UK. I couldn’t be taking any ‘cool’ projects that would interfere with my afternoon at bingo… 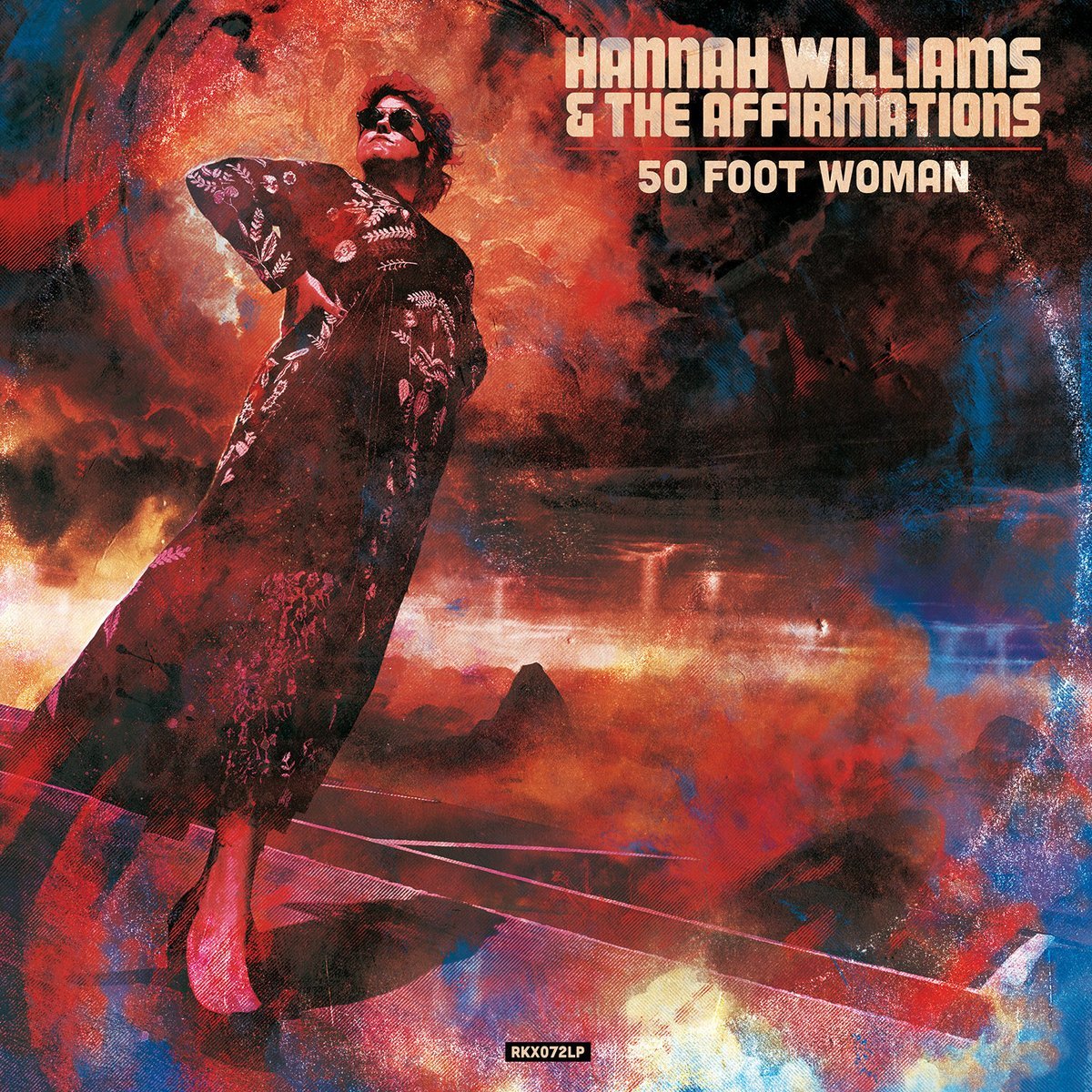 “When I returned he sent me the record and said they wanted me to direct it, but that they already had a concept in place – usually, I write all my videos, so I wasn’t sure if it was right for me.

“I heard the record one time and called him back. My first thought was that if I didn’t like their idea I would pitch my own about a faded B-movie star who was just ‘too cool’ for the world around her. Then Jai said to me: ‘We want to do a video in a pub in Bristol with an older woman who owns the room’.

“When I wrote the Late Nights video, the band said to me that I re-interpreted the record in a way they had never thought about – this time we were on the same thought process to such a dynamic record and so from there we just started building the ideas as we tried to find the reality to an abstract performance.

“It had to feel real; before the shoot we’d talk about those moments that all independent artists get throughout their career, when you’re playing to a dead room but there is someone in the crowd who’s having the best night of their life, and it makes the moment feel so special to share that with a stranger.

“I could go on and on about the ambiguity of the video but I don’t like to reveal too much about my own intentions. I think, though, that it’s a great challenge to other filmmakers to be able to find such confident energy in areas that are too often ignored in a music industry obsessed with crowds and youth.”

How was it making a follow up to such a monumental track in the band’s career?

“We didn’t want to discuss the previous success too much because we didn’t want to get caught up in the idea that this should be repeating the same formula. It was definitely Jay-Z that put Hannah Williams & The Affirmations on my radar but it was the band that kept me interested, so I was confident that we didn’t need to do anything that would reference our previous work because I know the band as original enough.

“Anyone who discovers them knows that they are no tribute act – they are, I believe, one of the freshest musical acts to arrive in the UK in the new millennium.

What are your next creative movements?

“Right now, I’m travelling back from London after shooting a music video for South London rap artist Blue Meth for a record with Method Man. Method Man shot his scenes in Staten Island a few weeks ago and then I travelled down to London to shoot Blue Meth’s scenes, but he contracted pneumonia and nearly died… so it was emotional to get those shots last night.

“Blue Meth has been a friend of mine since we worked together in 2011. I was a kid sleeping in a recording booth at the time, making no money, so it’s nice to be around some years later, and seeing Method Man so involved in that project is just exciting for hip hop.

“I was in the gym in Burnley a few weeks ago and Method Man called me – that’s something that was surreal for the kid in me. I’ve spent time with Wu backstage before, but it’s just that whole conversation between Staten Island and Burnley, it’s as raw as hip hop gets. I’m excited for that video to come out. It’s as real as people would expect from these two artists collaborating.

“Elsewhere, Urban Kingdom have produced this incredible book called Generation W  and it features 100 incredible women writing uncensored about living through 100 years since women began to receive the vote.

“Carla-Marie Williams is the London-born songwriter of Freedom and Runnin’ (Lose It All) for Beyoncé, and she’s in there too. Both Carla and Hannah write very openly and honestly about how their life changed after their experience with Jay-Z and Beyoncé. It’s really surreal to be able to provide the only platform that these two incredible stories share.

We held an event in Manchester a couple of weeks ago at Hatch, we’ve done events in Liverpool, London, Bristol and Brighton as well this summer, and next week from 23rd September we have student showcases one a day at city centre venues in Leeds, York, Newcastle, Durham, Oxford, Nottingham and Sheffield – more details are here to find the actual listings. We have live music and readings and every event with the book is free entry so it’s really awesome to be involved.

“I’ve been working with a focus on gender equality since 2010. I just like working with people who like to challenge the mistakes of the past. My work was always inspired by civil rights and wanting to be as brave as that in standing up for something, and I have to say nothing I have ever worked on is like Generation W – half the people who have bought a copy of the book are men, half the people at our shows are men. Even male friends of mine who just bought the book because they are friends, they have read it from beginning to end and say they are putting it in a special place for their daughters when they are old enough to read it.

“We’ve already worked with hundreds of incredible women through the project as well and it’s just growing and growing. It makes me proud that we have released something on democracy when it’s such a questionable topic this summer.

“We are just having fun when people tell us not to. I guess nothing has changed really.”

Keep up with Nick Donnelly over at Urban Kingdom.

Join Hannah and the band on tour in December: 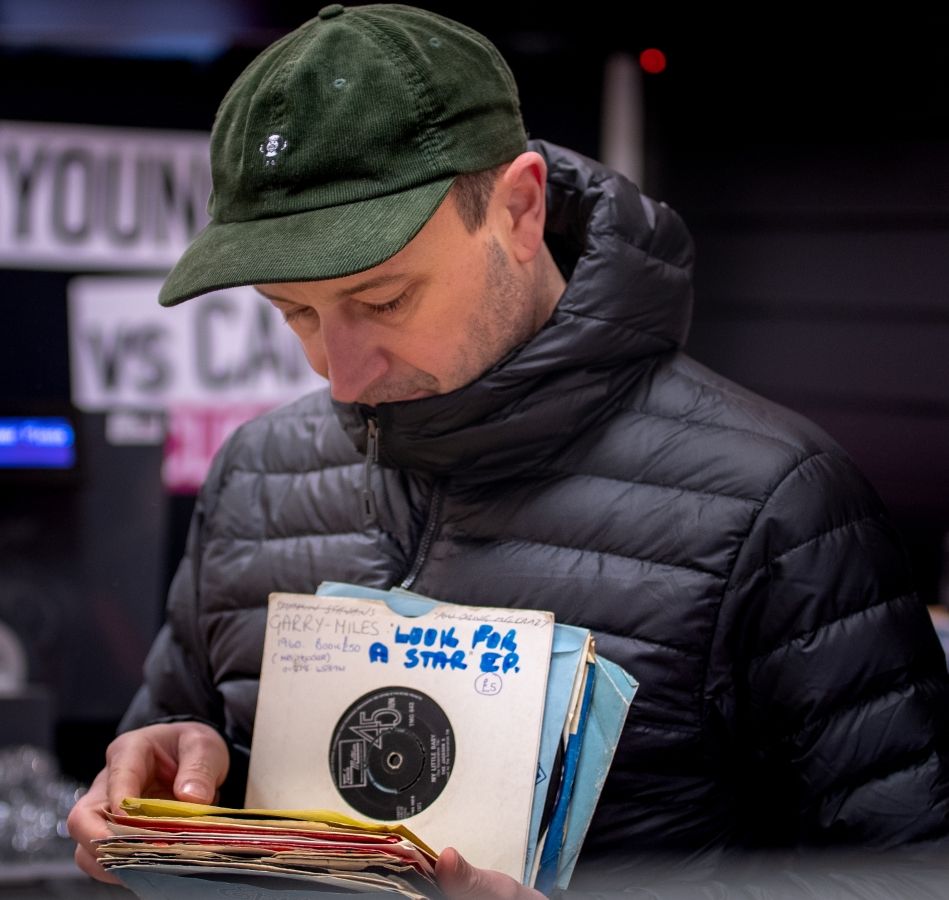 Vinyl-only releases with a kick from one of the UK's finest, fresh from his Mass Appeal debut.